The Number 60 In The Bible - Symbol Of Support, Sabbath, And Fulfillment 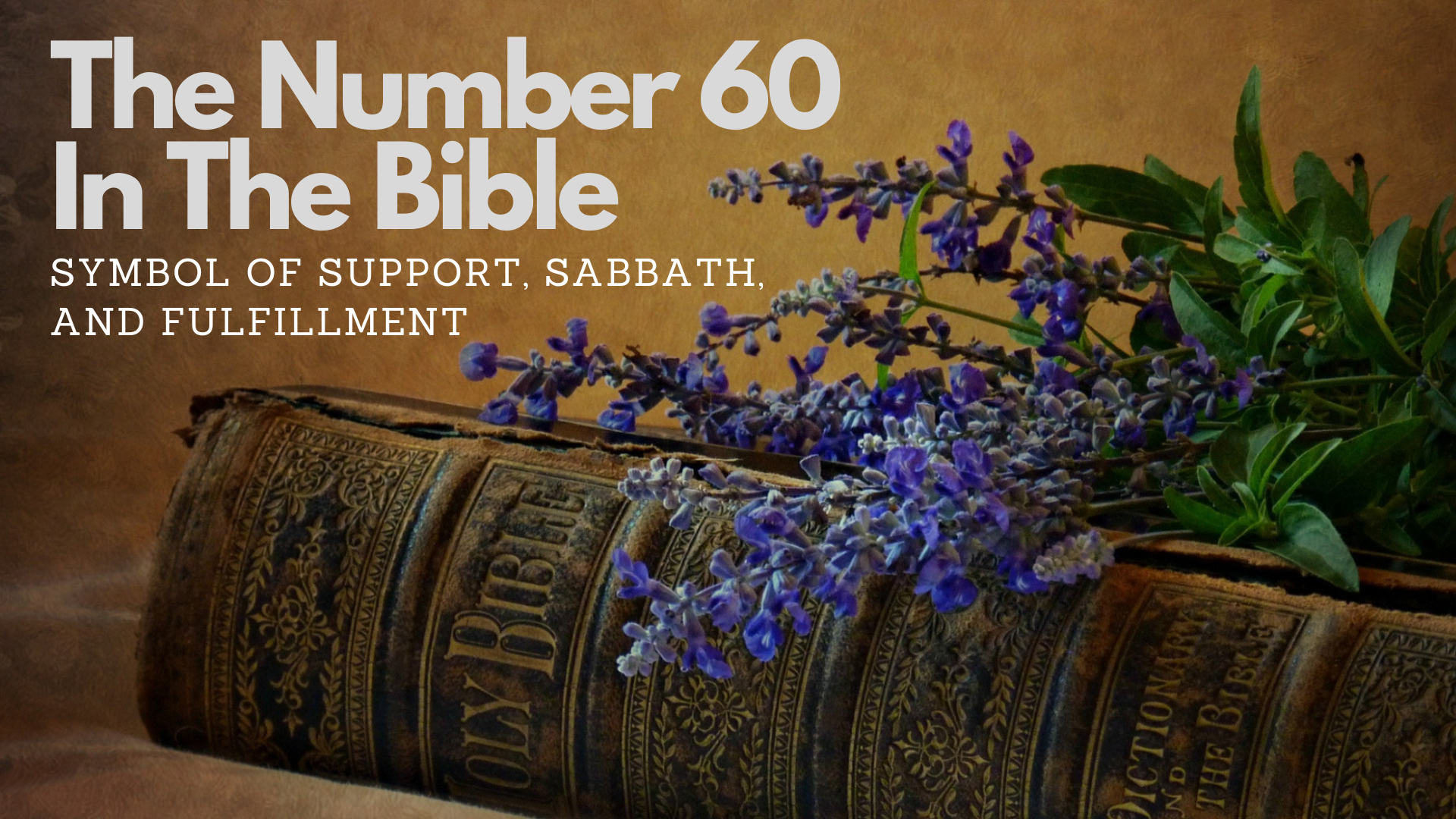 During the time the Bible was created, the numbers that are written on it had significant symbolism of deeper interpretation that serves as a message to humankind.

Understanding the meanings of these numbers in the Bible can help you better understand God's self-revelation.

In this article, we will focus on the Number 60 in the Bible.

In numerology, the number 60 represents harmony and idealism, with the ideal being a harmonious family relationship.

Thus, we will further interpret Number 60 based on its Biblical numerology and will cover as well the deeper significance of this number in people's lives.

The Importance Of Understanding Numbers In The Bible

Let's do a brief overview of the importance of understanding numbers in the Bible before diving into the deeper meaning behind the Number 60 found in Scripture.

The meaning of Biblical numbers is an important key to understanding God's word. Their connections and patterns, when discovered and understood, reveal God's message.

Some are obvious in their arrangement, while others require in-depth Bible numerological interpretation. Our Creator has given each one a distinct symbolism.

While God did inspire the use of specific numbers for symbolic purposes, we must be careful not to overstate the impact of numbers.

Exaggerated emphasis can and has led to dangerous mystical ideas, bad theology, fringe eschatological approaches, and even outright occultism, with the belief that numbers contain mystical power that can be tapped into for divination purposes.

Understanding the deeper meaning of numbers in the Bible offers proof that God inspired every word used in the book that boldly proclaims to reveal His will, plan, and purpose for man.

The Number 60 In The Bible - Meaning And Significance

In the Bible, the number 60 means support, completion, sabbath, or rest. These words work together to paint a picture of something being finished and entering rest, or of a fullness found in completion or togetherness. It connotes safety and connection.

When it comes to the origin of the number 60 in the Bible, the 15th letter of the Hebrew alphabet is Samech (also spelled Samekh), and its numerical value is 60.

Samech means to slowly prop, support, twist, or turn. The image is of a closed circle and represents God's infinite light's infinite power.

This circular design represents assistance. This can also represent a wedding band, an uninterrupted circle structure, or a single relationship.

If you keep seeing the number 60, it could mean that God is trying to tell you something about the seasons of life.

There appears to be a recurring idea that 60 represents the transition from one season to another and that there is a transition period, similar to the sabbath day and a completed circle.

It appears that there is a small window of rest in between, and God is inviting you into that rest through the number 60.

To let go of the past and think about what comes next. The word Sabbath appears sixty times in the Bible and refers to a day when we were supposed to rest, connect with God, and connect with our families.

Finally, the Biblical number 60 opens the doors to the higher mind, allowing loving energy to flow outward towards those in need, assisting them through difficult times with supportive goodwill and attention.

This is how love for all humanity spreads far and wide to awaken souls, and this is what God desires of us.

Finding The Number 60 In The Bible

The word 60 appears over 80 times in the Bible, usually in conjunction with another number. Here are some Bible verses where you can find the number 60 in the Bible.

What Does The Bible Say About 60 Years?

The age of sixty is also mentioned in Leviticus 27:7 (NIV): set the value of a male at fifteen shekels and of a female at ten shekels for a person sixty years old or more. In Leviticus 27:3 (NIV), a male between the ages of twenty and sixty is worth fifty shekels of silver, according to the sanctuary shekel.

What Is The 60th Verse In The Bible?

(Isaiah 60:: NIV) Arise, shine; your light has come, and the LORD's glory has risen upon you. See, the earth is covered in darkness, and the peoples are enveloped in thick darkness, but the LORD rises upon you, and his glory appears over you. Nations and kings will flock to your light, and the brightness of your dawn.

Does God Speak Through Numbers?

In conclusion, the symbolic significance of all numbers used in the Bible is usually not provided explicitly instead, it can be determined implicitly by observing the way the Lord uses numbers consistently to convey symbolic meaning.

And when it comes to the Number 60 in the Bible, it signifies support, sabbath, and fulfillment. This number is a reminder that we need to rest, leave some things behind and look forward to what has to come. Number 60 also reminds us that we should connect with God and connect with our family to have a more fulfilled and happy life.