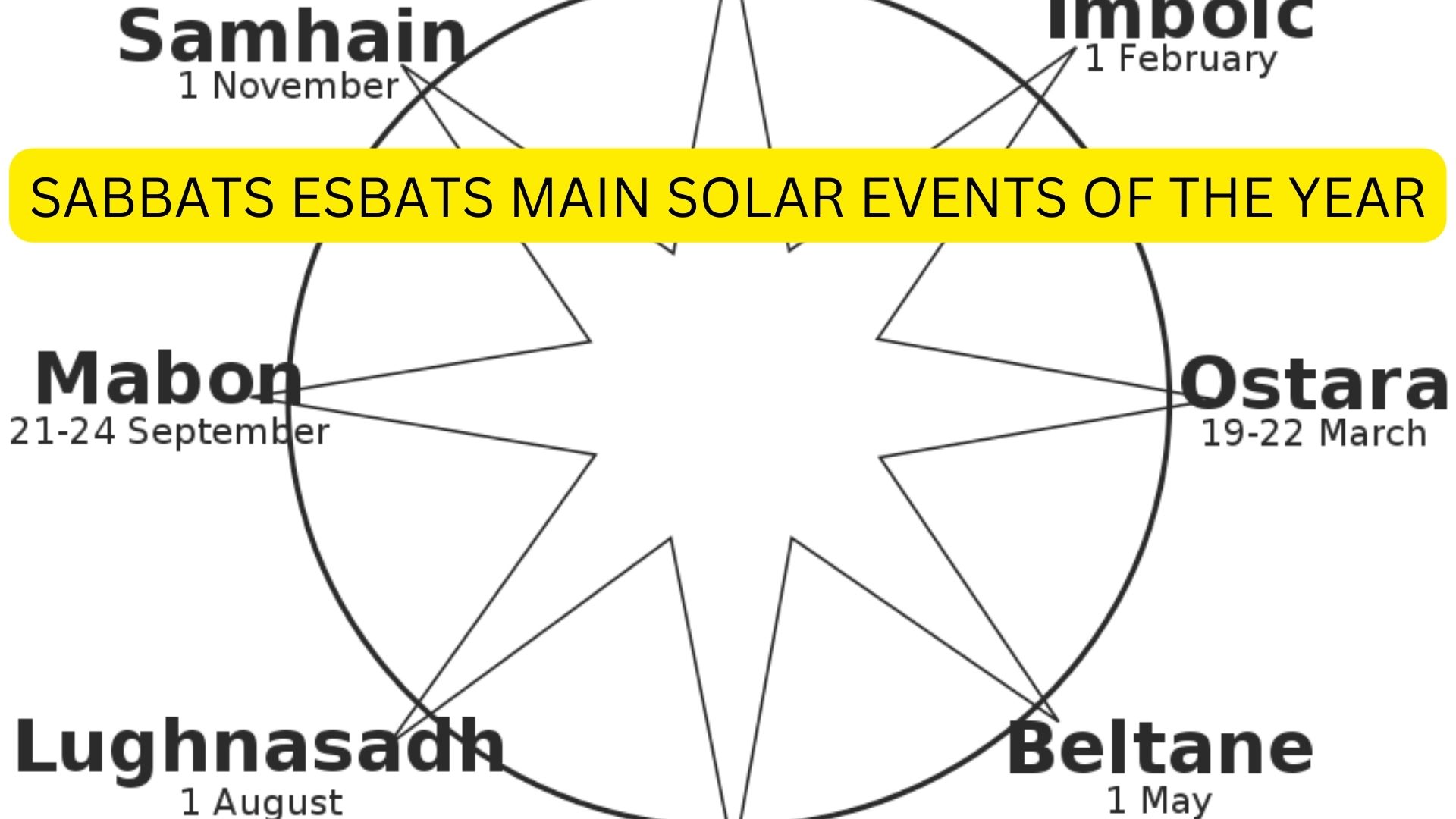 The main solar events of the year sabbats esbats and their midpoints make up the annual cycle of seasonal festivals known as the Wheel of the Year, which is followed by many modern Pagans.

The thirteen Esbats that you observe on each full moon and the eight seasonal Sabbats are the highlights.

Two Categories For The Sabbats

The Cross Quarter Days, also known as the Greater Sabbats of Imbolg, Beltane, Lughnasadh, and Samhain, are regarded as the most significant celebrations. The phrase "between the equinoxes and the solstices" describes their location.

The Greater Sabbats, which fall between the solstice and the equinox, are often referred to as the "cross-quarter" days.

The myth of the Wheel of the Year was made to show this cycle of the seasons, which is one of the main ways you can see how birth, growth, death, and rebirth happen.

The four Lesser Sabbats (Yule, Ostara, Litha, and Mabonmark the transitions between the four seasons and coincide with the equinoxes and solstices, whose dates fluctuate somewhat from year to year.

These festivals are more about the cycle of life in the seasons than the Lesser Sabbats, which can be understood as being primarily about the Sun's cycle.

However, it should be noted that throughout all eight Sabbats, Earth and the Sun, Goddess, and God, are interwoven.

The myth has many distinct iterations in the various Pagan traditions, but it shares a common concept, and the Sabbat rites are based on it. The following provides a condensed version:

The Goddess gives birth to the God in the middle of winter, and by spring, he has reached puberty. The Goddess appears to God as a young woman in the spring. During the summer and fall, she gives birth to him and blossoms in beauty.

The God ages and dies slowly over the same period, representing winter. The life cycle, or spiral, is continued when the Goddess gives birth to her son, the God, at the darkest hour when the days are at their shortest. In the spring, she will once more accept God as her lover.

The Triple Goddess in this tale changes between the roles of maiden, mother, and crone. Both the projective energy of the Spark of Life and the withholding and destructive energy of Death is brought forth by the Creator.

These energies are absorbed, reflected, and transformed by the Goddess. As the Duality of the Divine, the Goddess and God is seen as eternal and unconquerable.

Their various facets represent the shifting of cycles that you find both within ourselves and throughout the world and in your own lives. Balance is created by this process—both inside and externally, and above and below.

We still rely on the powers of nature despite modern lifestyles and your isolation from it, and modern witches observe the Sabbats create and preserve a balance with nature.

Sabbats are also an opportunity for the witch to reflect on her or his life and reaffirm the paths she or he wishes to take in the future. 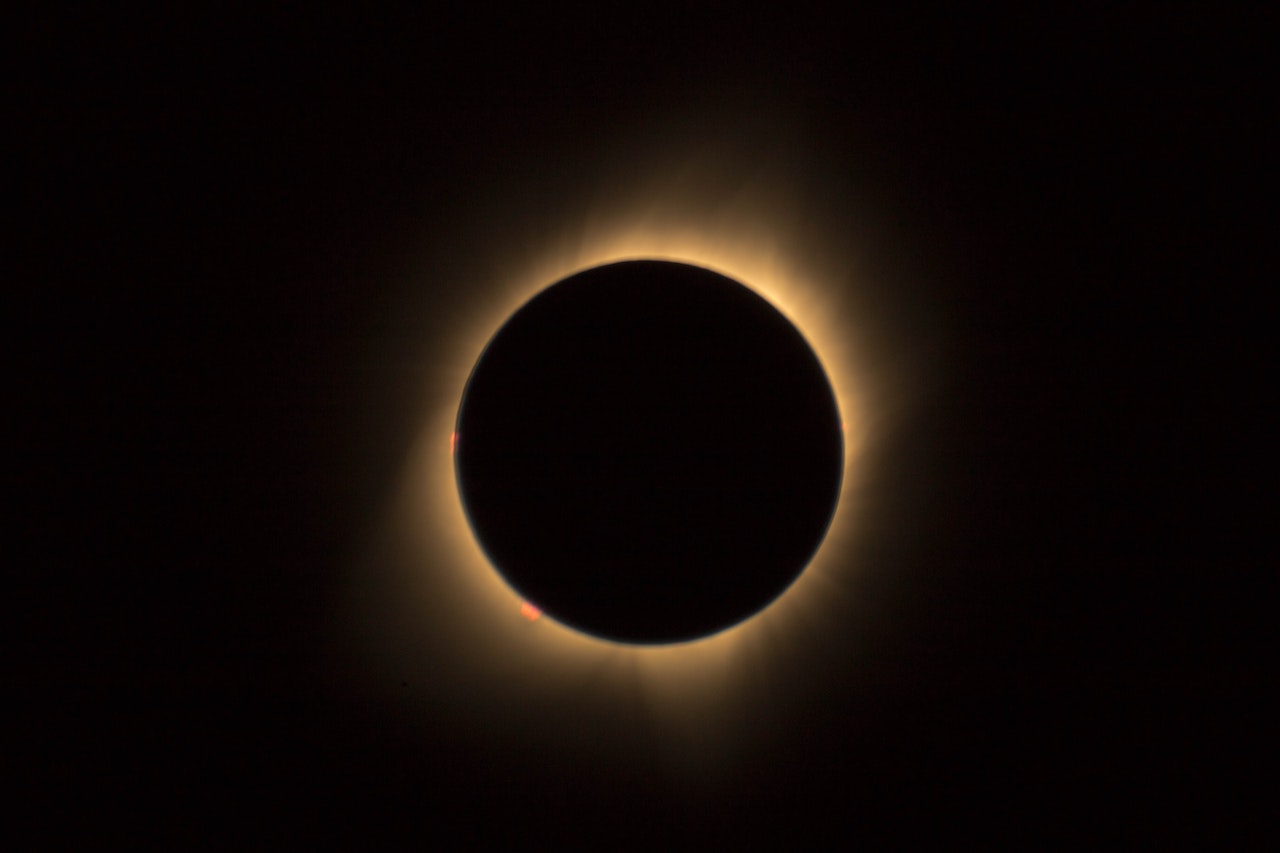 The Wheel of The Year goes round and round,

The Wheel Of The Year goes round and round

Through the Spiral Dance.

Samhain is the brand New Year,

Samhain is the brand New Year,

Light returns in the dark of Yule,

Light returns in the dark of Yule,

Ostara welcomes back the Spring,

Ostara welcomes back the Spring,

At Beltane dance to wake the Earth,

At Beltane dance to wake the Earth,

At Solstice crown the Holly King,

At Solstice crown the Holly King,

At Lughnasadh give thanks for grain,

For Lughnasadh give thanks for grain,

The Wheel of The Year goes round and round,

The Wheel Of The Year goes round and round,

Through the Spiral Dance. 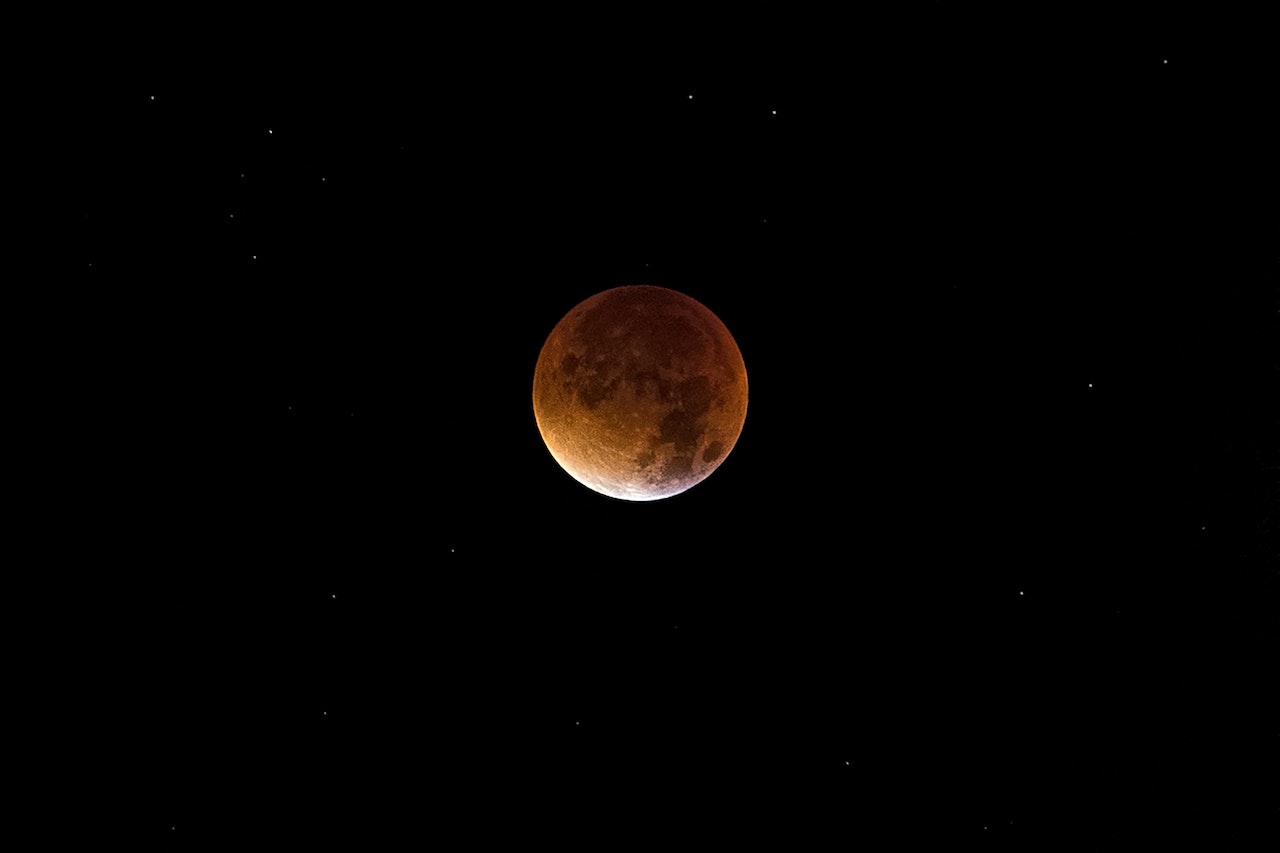 Many contemporary pagan customs are built around eight sabbats or seasonal festivals. Each sabbat has a long history, but they are all observed by being close to nature in some way.

The annual cycle of seasons known as the Wheel of the Year, which runs from Samhain to Beltane, has been shaped by tradition, history, and magic.

The skies are growing gloomy and chilly, the fields are naked, and the leaves have fallen from the trees. This time of year, the earth has passed into dormancy.

Pagans get the chance to once more commemorate the cycle of death and rebirth on October 31 each year during the Samhain sabbat.

In many Wiccan and pagan traditions, Samhain is a time to respect the dead and re-establish ties with your ancestors. During this time, the gap between the world of the living and the world of the dead is wide open, so pagans can talk to the dead.

The winter solstice is a time to get together with loved ones for people of almost any religious background. As the sun returns to the earth, Wiccans and Pagans commemorate the solstice as the Yule season, which emphasizes rebirth and renewal.

Focus your magical efforts on this period of fresh starts. Inviting warmth and light into your home will help you to enjoy the earth's dormant season.

Pagans are reminded that spring will arrive soon by Imbolc, which is celebrated during the chilly month of February. Some individuals give Brighid, a Celtic goddess who is associated with fire and fertility, additional attention during Imbolc. Others focus on seasonal cycles and agricultural milestones.

Imbolc is a time to channel the enchanted power associated with the goddesses' feminine facets, with fresh beginnings, and with fire. It's also an excellent time of year to concentrate on developing your magical talents and abilities and practicing divination. 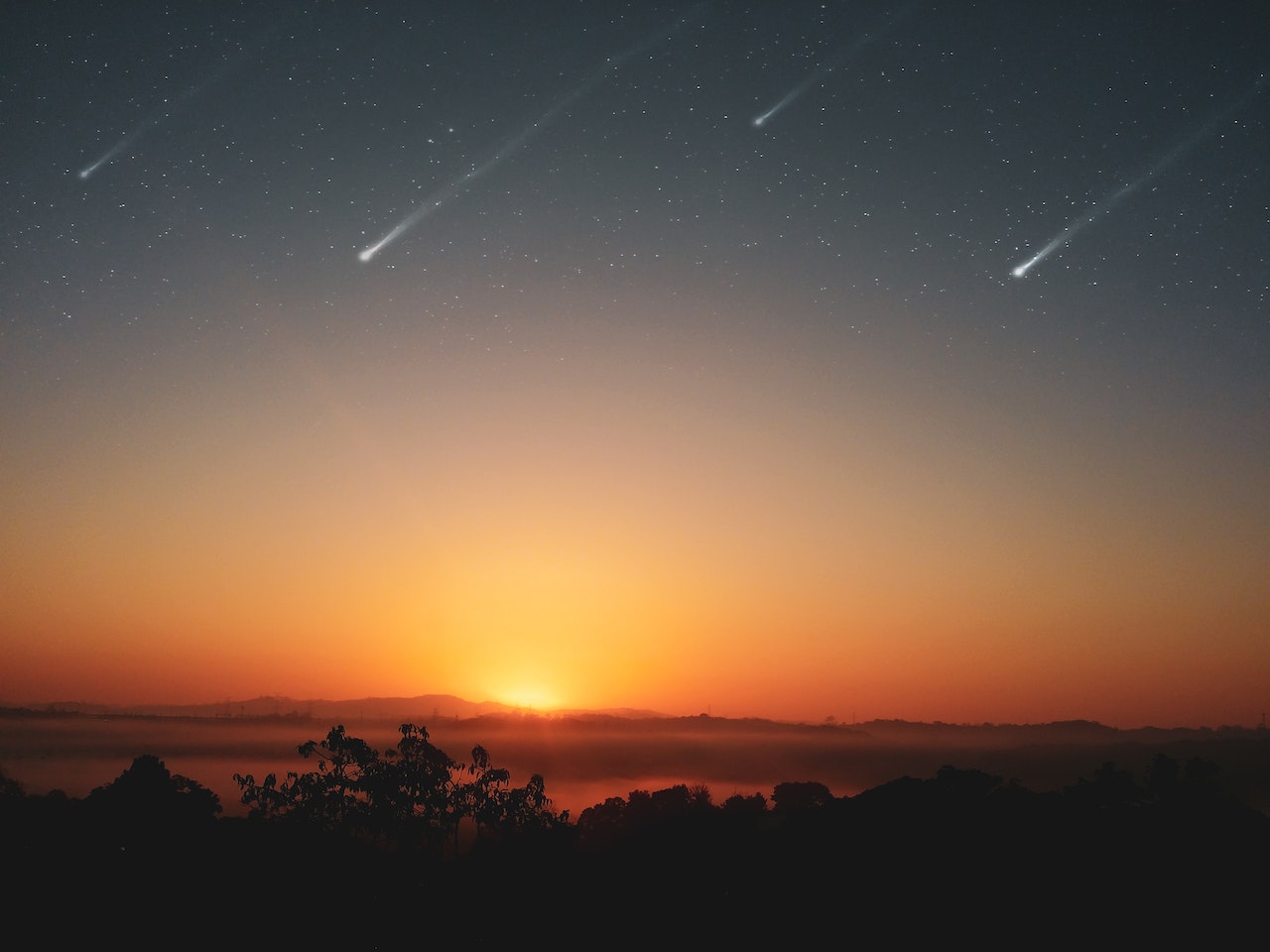 The time of the spring equinox is Ostara. Rituals typically mark the arrival of spring and the land's fertility. Pay attention to agricultural changes, such as ground warming, and keep an eye out for plants as they emerge from the soil.

The earth has become greener thanks to April's rains, and few holidays better symbolize the fertility of the land than Beltane. Celebrations for May 1st usually start the night before, on the final night of April.

The history of Beltane is long (and occasionally scandalous). It's a season when the fertility deity and the Earth mother reunite, bringing forth wholesome animals, robust harvests, and fresh life everywhere. This is reflected in the season's magic.

Lughnasadh is the first of the three harvest festivals and a Greater Sabbat. The first harvest shows that the labor of the summer and spring has finally paid off.

Bread offerings can be made to faeries and left out for wild animals. You might want to honor the expectant Goddess at this time, as well as the Sun God's dwindling vigor as the sun starts to set.

By leaving libations (offerings) of bread and cider, you can show your respect for them.

Mabon sometimes referred to as the Autumnal or Fallal Equinox symbolizes the halfway point of the harvest.

We honor the balance between God and Goddess, day and night, and the equilibrium of the natural world. Now is the time to reap the benefits of your labor, and you give thanks for the crop.

The second of three Harvest Sabbats is now. God's warmth is still gradually fading away since the Goddess is now very far along in her pregnancy. The Goddess starts to miss his warmth as his power wanes, but she knows his power will come back at Yule.

What Are Esbats Sabbats?

In Wicca and other Wiccan-influenced contemporary paganisms, an esbat is a coven gathering that takes place outside a Sabbat.

What Are The Four Pagan Festivals?

Imbolc, Beltane, Lughnasadh, and Samhain are the names of four festivals with Celtic roots that are celebrated during this time of year.

What Religion Celebrates The Full Moon?

Although Paganism and Wicca are most closely linked with the full moon ritual practice, people of any spirituality or creed may benefit from checking one out.

What are the sabbats esbats? The Greater/Lesser and Fertility/Harvest Sabbats are the two divisions of the Sabbats. Traditions differ, hence there are different dates. Additionally, some practitioners will celebrate on the weekends before or following the Sabbat.