Coincidences And The Meaning Of Life Symbolize Fate Or Mystery 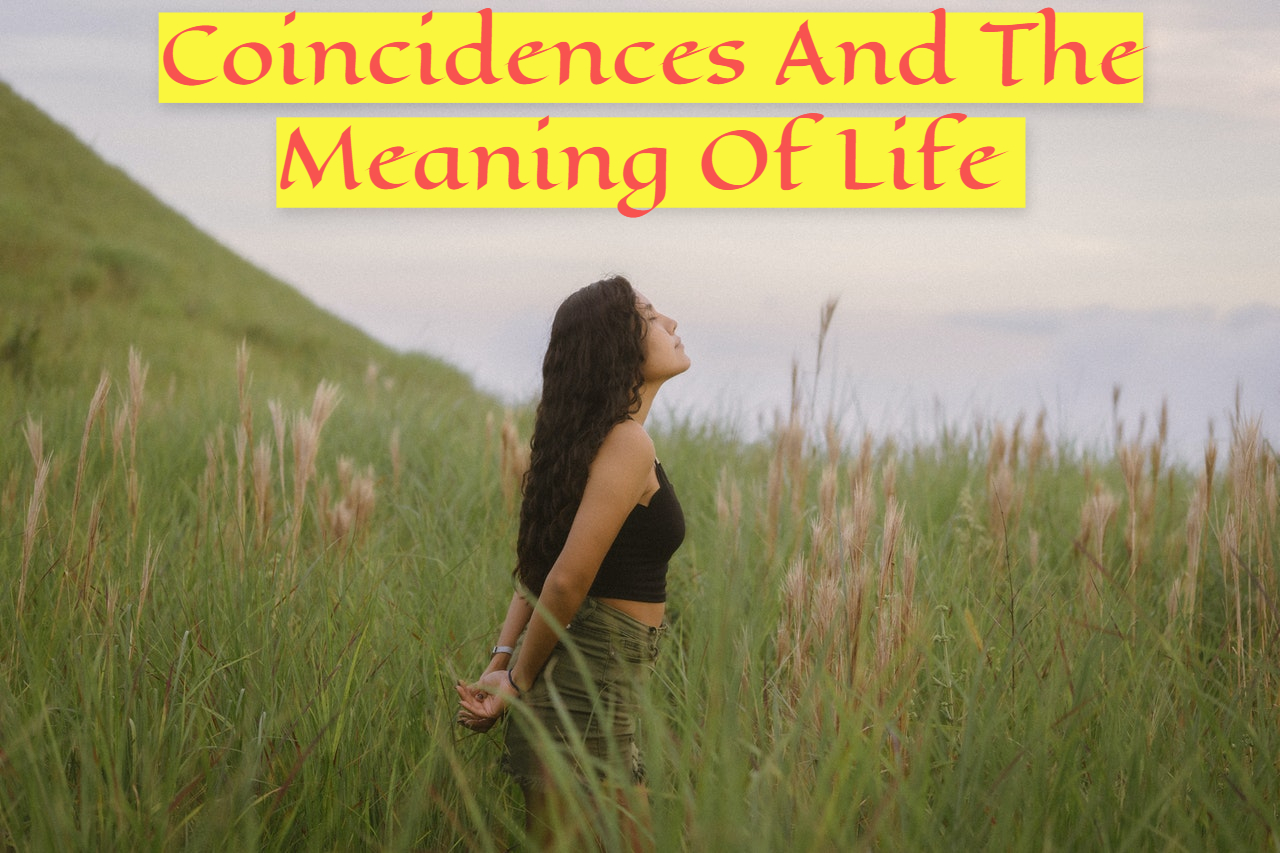 The vast majority of us have, at some time in our lives, witnessed one of these bizarre accidents or coincidences and the meaning of life that appear to have some degree of personal significance for us.

There are times when these events seem to us to be of the utmost importance, bathed in significance, and bring us to some big choice or turning point in our life.

Sometimes, these synchronicities are a little less obvious, like someone giving you a teasing wink from behind the curtain.

And while these odd experiences nearly always feel important in some immediate sense, that meaning can often feel as though it is coming via a forgotten language, making it impossible to explain whatever it is that these experiences are trying to convey to us.

Can You Make A Coincidence Happen?

The likelihood that anything will happen rises as you traverse the globe more randomly.

It's simple arithmetic. Unfortunately, we are unable to physically go over the entire planet during the epidemic.

We can still accomplish this, though, with the help of books, movies, or the news. Here, even social media might be beneficial. The list goes on and on.

Once more, the coincidence need not be significant. For instance, it would be interesting to at least look into this book if a Facebook friend mentioned it, you came across it when reading the news, and then an acquaintance mentioned it.

Or perhaps you comment on how much you appreciate a particular hue each time you see it. You decide a few days later that maybe your bathroom requires a fresh coat of paint. 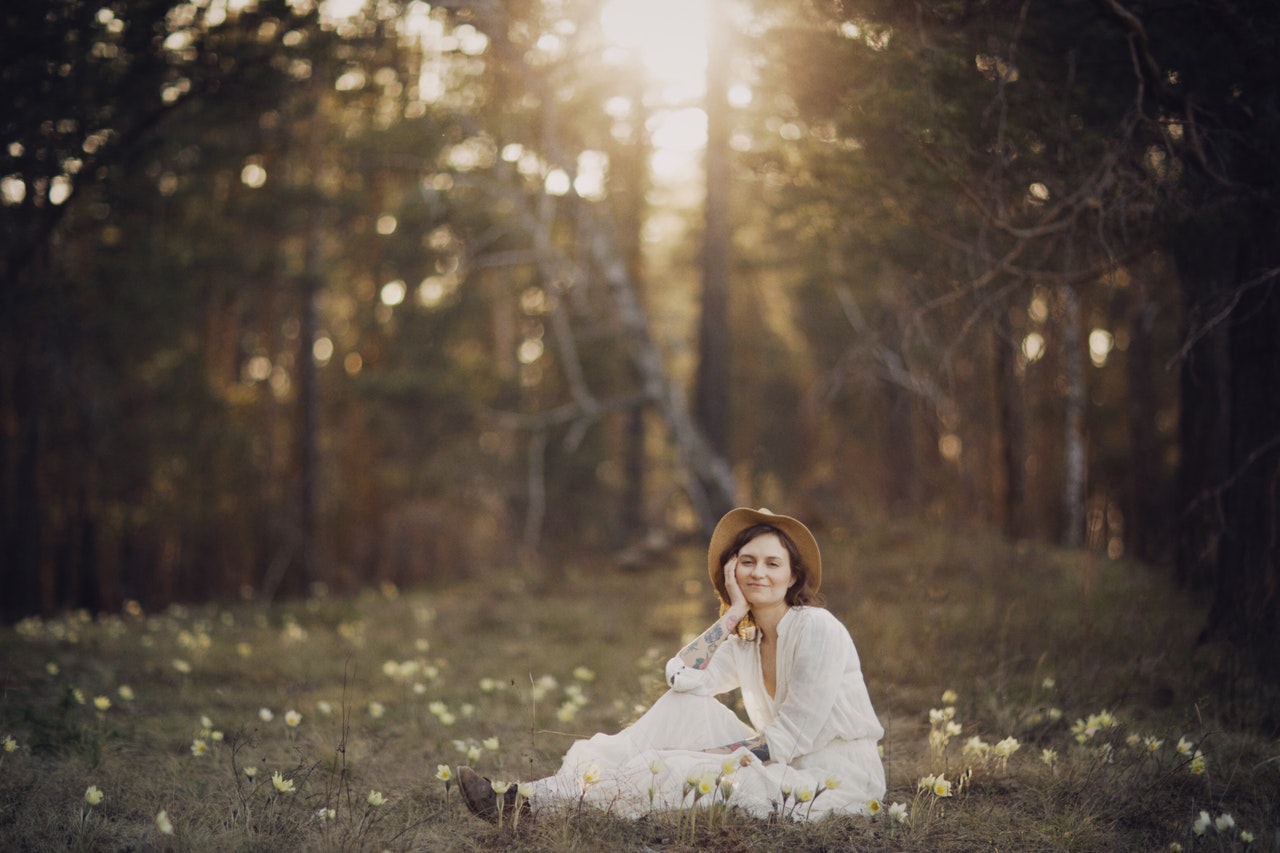 Everything is wonderfully arranged and placed together with everything else if you delve deep enough into your consciousness to reach close to its source.

A small sample of this is synchronicity. Glimpses are important because they let you realize that you might not just be a mote of dust in some random cosmos.

In the book, You Are the Universe, Deepak Chopra presents the whole vision of a meaningful cosmos with his co-author, Menas Kafatos.

Their main argument is that people randomly see the significance in one area while the randomness in another.

Consider placing a macro lens on a painter's pallet. You might see haphazard dips of his or her brush into numerous hues.

When you step back, you can see that the painter is making a wonderfully organized, completely ordered artwork, while the jabs appear to have no discernible pattern.

Your mind chooses to view random, unexplainable chance as having all control because of your mind's ingrained programming.

Many things appear out of place. Good individuals suffer harm, pass away, or get ill senselessly. 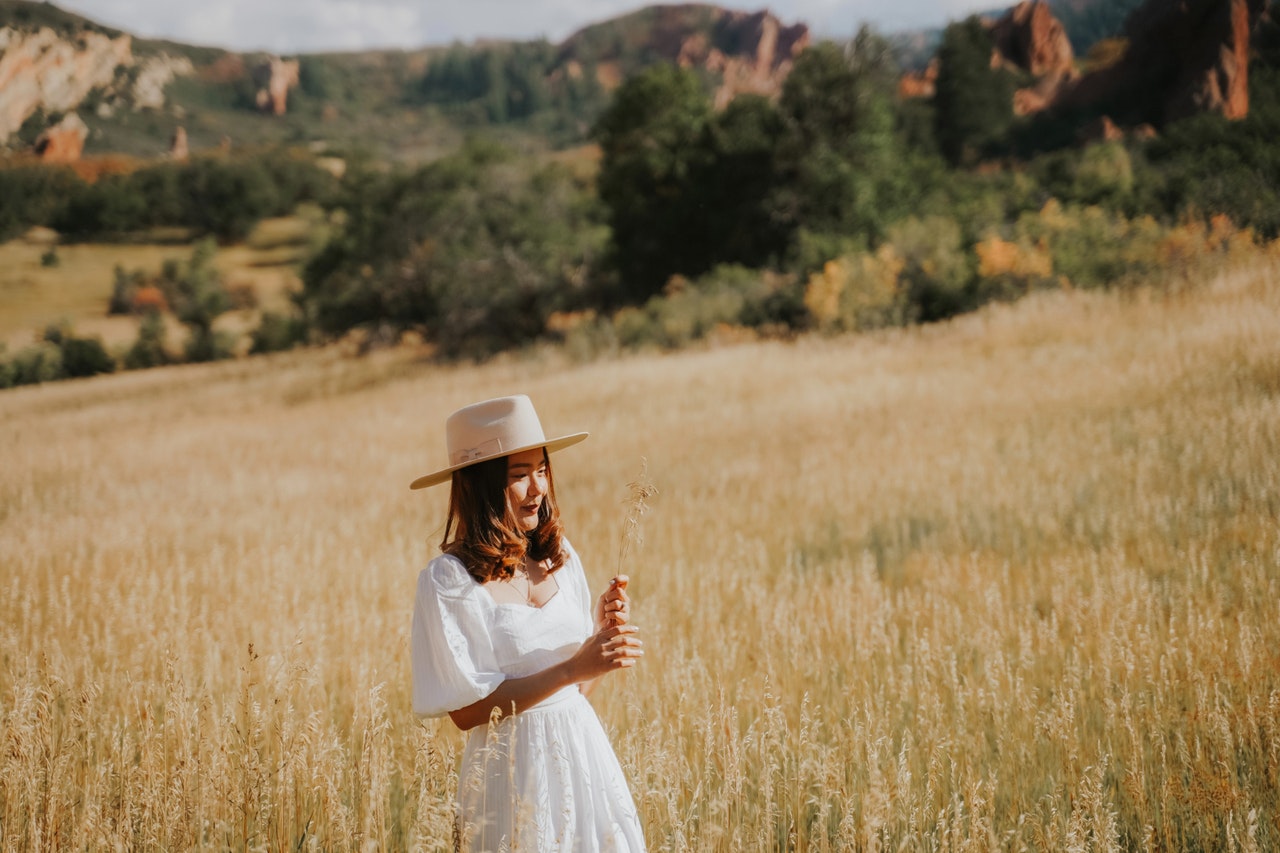 How To Increase The Number Of Coincidences In Your Life?

Look closely at your thoughts and the circumstances that are more likely to result in coincidences if you want to experience more of them in your life.

Many coincidences begin with the unusual convergence of an idea with a related occurrence. Memories, pictures, and ideas are all part of thoughts.

Events consist of individuals, circumstances, and media activity. The main component in any type of psychological transformation is you, the individual making the change.

Nobody can accomplish it for you. If the response to the question "Do you want them to happen more often?" is yes, then the frequency of significant coincidences will increase.

By using your watch to connect the concepts in your head with the ideas circling in the imaginary sea of ideas in which your mind is submerged, you may enhance the frequency of coincidences.

Why COINCIDENCES Happen and What THEY MEAN

How To Use Coincidences To Have A Meaningful Life?

We may be able to come up with general rules that will help us make better use of important coincidences, which can affect all of life's many problems.

Have Faith In Their Utility

Acting as though the part of reality you are in is a nice place for you is what it means to believe in the value of coincidences and synchronicities.

Pronoia, also known as positive paranoia, is the belief that things will generally go in your favor.

With practice, one comes to believe in the value of coincidence. When first observed, confusing patterns that appear spectacular are frequently written off as random occurrences and quickly forgotten.

Later on, the individual may experience a life-altering explosion of confluence between mental and environmental events.

Once we pass this awareness barrier, we have a fresh perspective on important coincidences. They have become a standard component of daily life.

Activate Your Observing Self

Activating your observant self will improve your capacity to make such connections since many note-worthy coincidences occur between thoughts in your head and an occurrence in your environment.

That aspect of consciousness that keeps track of how your mind is functioning is known as "your observing self."

The shock of a coincidence opens up possibilities, makes you pause and ponder, and nudges you to pay attention to your newly energized mind, much like a cutting remark from a friend or therapist.

What does this occurrence signify? What are the repercussions? What should I do with this, if anything at all? One of its main advantages is the way coincidences activate your observant self. 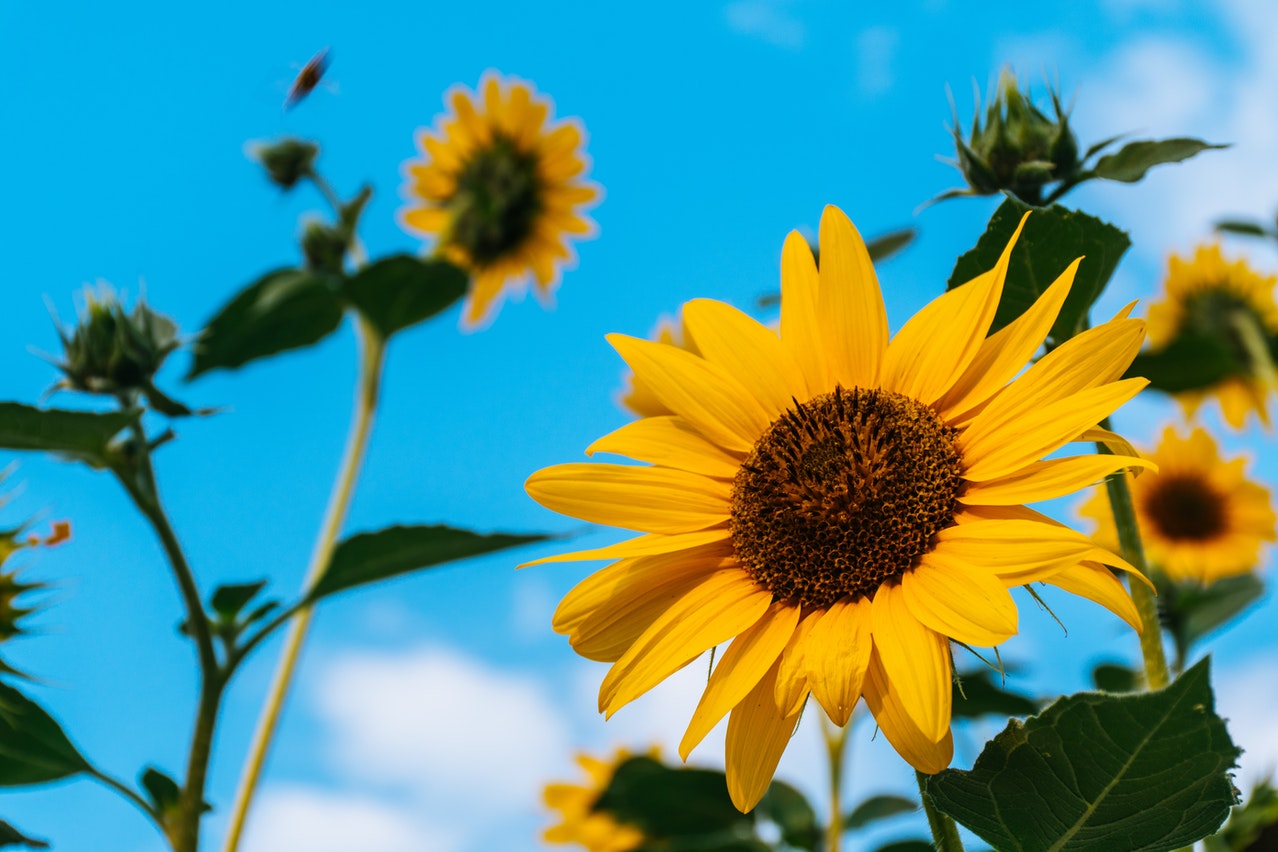 We can grow more into who we are when significant coincidences occur.

A young woman who was mired in a habit of logical thinking was the subject of Carl Jung's work.

Jung was discouraged and longed for something that may have loosened the absolute certainty's rigidity.

She described a recent dream in which she saw a golden scarab.

In response to the woman's description of the scarab, Jung heard a tapping at his window and opened it to see a beetle that resembled the golden scarab from her dream.

He handed it to her and added, "Here's your scarab." She started to relax her rigid logic because she was startled and surprised.

These kinds of things reflect our thinking. Their unexpected synchronization has the power to cause changes in the way we perceive the world and ourselves.

Insight Into A Decision

When faced with a difficult choice, we search for supporting information.

Coincidences can aid in generating confidence in particular actions when faced with storms of uncertainty.

Some seem to support their choice to get married, get divorced, get a job, or pursue this or that course of action.

Sissy Spacek debated playing Loretta Lynn in the film A Coal Miner's Daughter but ultimately decided against it.

She and her husband entered her mother-in-law's car after saying a quick prayer; the radio was purportedly set to play classical music exclusively.

Coal miners might be heard when they turn on the radio. She accepted the role and was awarded the 1980 Emmy for best actress.

Benefits Of Coincidence Use

The advantages of using coincidence and synchronicity include pleasure, validating love connections, knowing precisely what you need when you need it, and aiding in psychological and interpersonal improvement.

Coincidences reveal the enigmatic that is lying in plain sight. Small-scale coincidences serve as a reminder of their bigger potential.

What Is Coincidence In Life?

A series of unrelated but seemingly connected events that occur at the same moment by accident.

What Is A Spiritual Coincidence?

It is an occasion where our wants are satisfied, we meet new people, or everything just works out as it should.

What Does It Mean To Believe In Coincidences?

You recall someone from your past, and strangely, you hear from them or have an unexpected accidental encounter with them.

We accomplish this in countless ways, including through the machinery of religion, but one way to do this is to link the mind.

Material worlds and therefore enlist in what Jung termed the "collective unconscious," an unseen realm that weaves our lives together.

It's a notion that has been scientifically debunked and is fundamentally erroneous, yet like many other non-scientific ideas, it has some psychological appeal.

Statistical significance and human significance differ from one another, and one does not always follow the other.

Right and wrong all at once. When you determine it isn't, a bug is still simply a beetle.