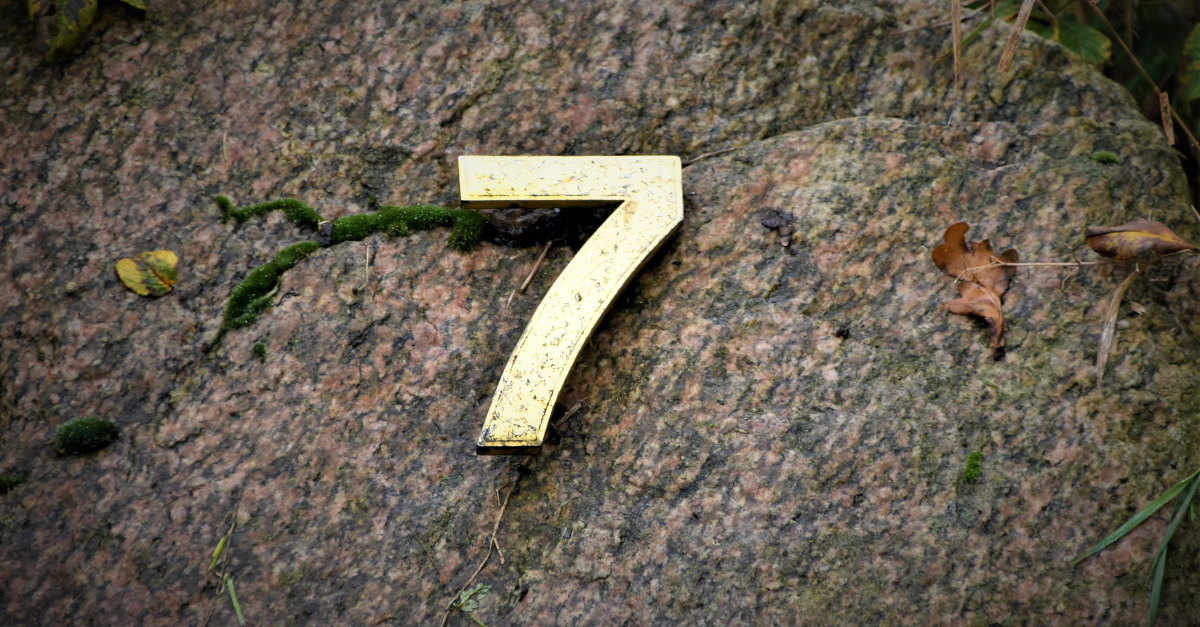 Biblical number 7 appeared over 700 times in the Bible, making it a significant number. From the seven days of Creation to the many "sevens" in Revelation, the number seven connotes concepts such as completion and perfection, exoneration and healing, and the fulfillment of promises and oaths.

What is the Biblical Significance of the Number Seven / 7? 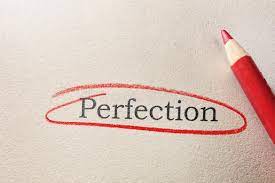 A word Perfection written and a pencil beside it

The number seven frequently represents completion or perfection in the Bible. God created the heavens and the Earth in six days and rested on the seventh day, according to Genesis (Genesis 1; 2:1-2). God instructs us to work for six days and then rest on the seventh day, which God designated as the holy Sabbath, based on this cycle of work and rest (Exodus 20:9-11).

The number seven also represents completion at the Crucifixion, when Jesus, in agony at the end of His earthly duties, spoke seven statements from the Cross:

"Truly, I say to you, you will be with me in Paradise today" (Luke).

When asked how you should pray in the context of perfection, Jesus offered seven recommendations (Matthew 6:9-13).

In response, Jesus gave you the Lord's Prayer, which is undeniably the best way to pray because the words came directly from Christ! The Lord's Prayer specifically includes seven petitions:

Hallowed be thy name; come, Thy Kingdom; Thy will be done on Earth as it is in Heaven; give us our daily bread today; forgive us our trespasses as we forgive those who trespass against us; lead us not into temptation; and deliver us from evil.

When Jesus used seven metaphors to describe Himself as the way to salvation and the perfect reward for a good deed, He was speaking in a figurative sense. Jesus tells us He is:

Furthermore, when he wrote that the Lord's words are "like gold refined seven times," King David used the number seven to describe the flawless nature of God's words (Psalm 12:6). Similarly, when describing the coming Messiah, the prophet Isaiah listed seven characteristics that the Savior would have (Isaiah 11:1-2). 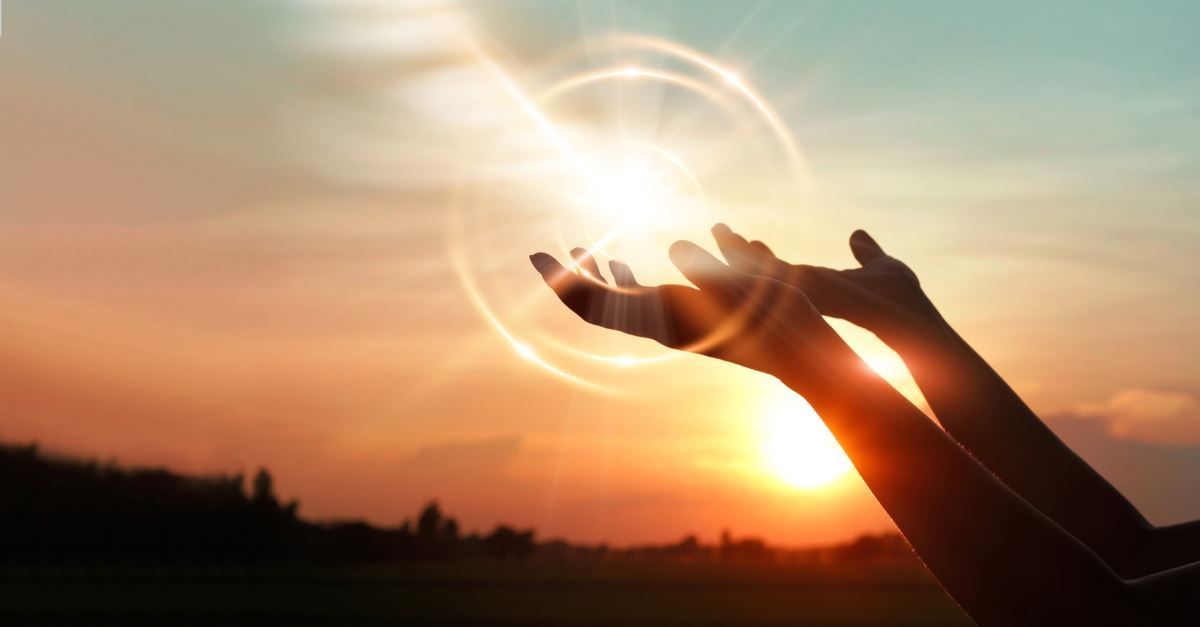 Hands and a sun ray shining on it

The number seven also represents forgiveness and healing. Every seventh year, the Israelites were to cancel all debts owed to one another and free their slaves, according to Deuteronomy (Deuteronomy 15:1-2, 12).

When Peter asks Jesus how many times we should forgive one another, Jesus says, "seventy times seven" (Matthew 18:21-22). In that case, Jesus does not tell us to forgive someone 490 times. Instead, Christ is instructing us to forgive one another completely, as His Jewish audience would have understood the emphasis on the number seven in this teaching to mean total forgiveness.

When the prophet Elisha told Naaman the leper to bathe in the Jordan River seven times in order to be healed, he used the number seven times in order to be healed (2 Kings 5:9-10, 14). Furthermore, we see a connection between seven and healing in the seven healing miracles performed by Jesus on the Sabbath, or the seventh day of the week. On the seventh day, Jesus specifically healed the following seven people:

Significance Of Biblical Number 7 - Fulfillment Of Promises And Oaths 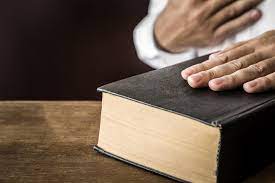 A hand above bible and holding chest

In Genesis, God promises not to flood the Earth again, and the rainbow, which is made up of seven colors, commemorates this promise (Genesis 9:8-15). Later in Genesis, we learn that Abraham swore an oath of ownership over a particular well of water (Genesis 21:22-31). Abraham fulfilled the oath by presenting seven lambs and naming the oath site "Beersheba," which means "well of the oath" or "well of seven."

The Book of Joshua contains another example of seven's relationship with promises. God had promisedJoshua that He would demolish Jericho's fortified walls if Joshua and his army marched around the city six times in six days and seven times on the seventh day, with seven priests blowing seven trumpets. The walls of Jericho fell after Joshua precisely followed the Lord's commands, just as the Lord had promised (Joshua 6:1-20).

The number seven is also associated with promises in the Book of Revelation. You specifically read of seven letters addressed to seven churches (Revelation 2-3). In the letters, Christ assures each church community that if its members repent and live according to Jesus' instructions, the community will receive its promised reward.

Furthermore, the number seven appears frequently in the discussion of God's promise to save those whose names are written in the Book of Life and to condemn those whose names are not written in the Book of Life in Revelation (Revelation 20:15; 21:1, 27). The fulfillment of this divine promise is heralded by seven groups of seven: seven seals, seven trumpets sounded by seven angels, and seven bowls of God's promised wrath carried by seven angels (Revelation 6, 8, 11, 16).

What Does The Number 7 Represent Spiritually?

The angel number 7 represents a person's inner wisdom, self-awareness, intuition, and mysticism. All of these elements are required for spiritual maturation and advancement. This is a number in numerology that represents the ideal balance of spirituality and practicality.

The numbers "777" are used in the book of Revelations of the Holy Bible to identify the people whom God chooses as his own. Satan is depicted as attempting to forge the number "666."

The number 777 represents spiritual awakening as well as an infusion of new energy into your life. The number 7 is frequently associated with the seventh chakra, the crown chakra. This chakra is located at the top of your head, in the center. Spiritual energy can enter the body in a concentrated form through this location. This burst of energy will feel different for everyone. Some may experience a stream of energy flowing down their spine, while others may experience a gentle waterfall sensation of energy flowing down and around their body. Because spiritual energy is always present around and within us, the number 777,you can be confident that the angels are assisting you in connecting with this divine spiritual energy.

With God creating our world, Earth, on the sixth day and finally resting on the seventh day, Adam being created on the seventh month of the Hebrew calendar, the original Bible consisting of seven books, the word "create" being used seven times in Genesis, and seven angels, seven trumpets, seven seals, seven bowls, and more being mentioned in the book of Revelation, it's no surprise that the number seven holds high biblical significance.

After all, it represents harmony, perfection, and stability. Some people even believe that the number seven is the number of God, so treat it with respect.

Share your knowledge of the significance and deeper meaning of the number seven with others as you break bread with them and teach them the hidden and disguised sayings of the Almighty God.