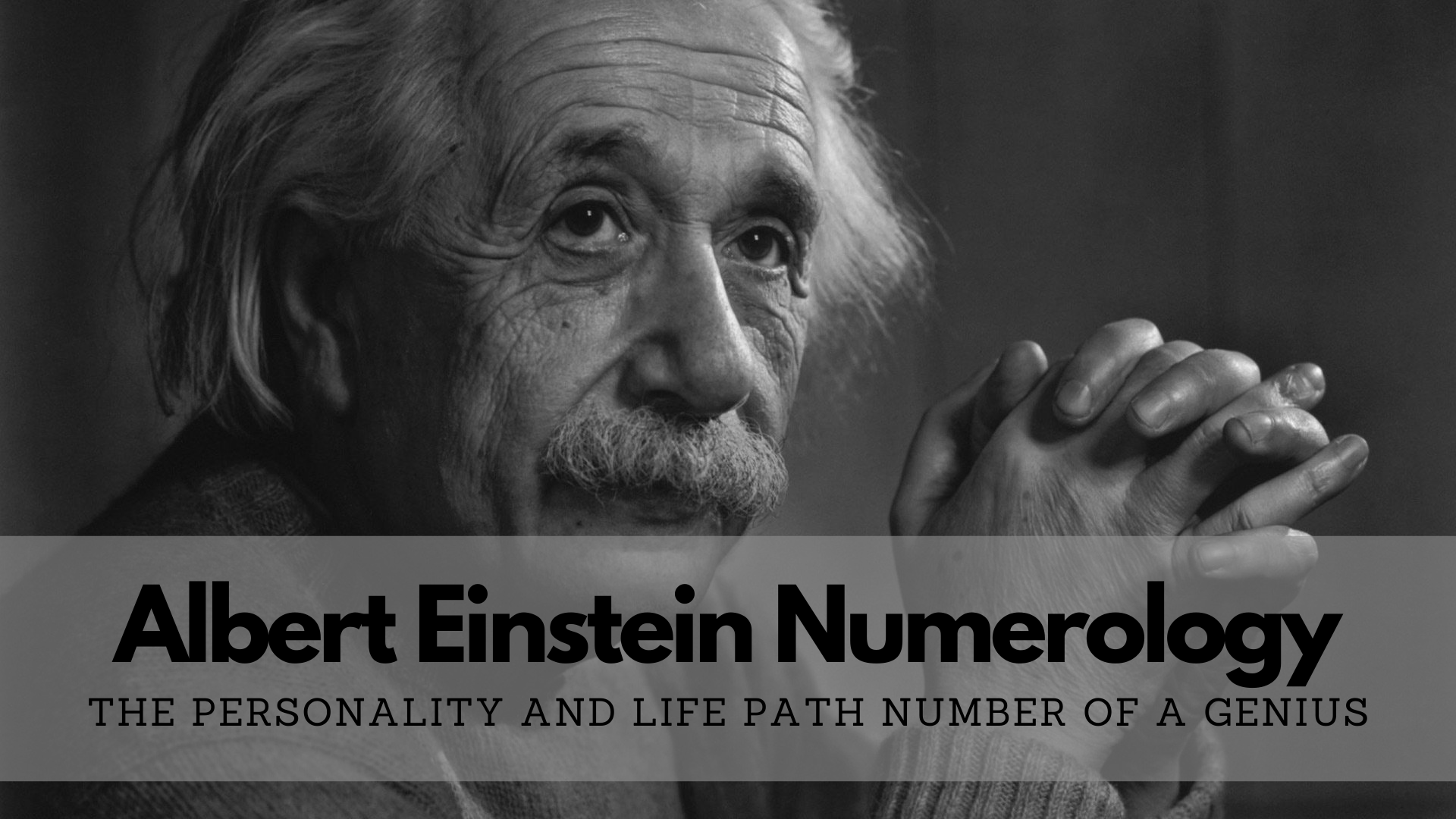 Dr. Albert Einstein is considered a genius among geniuses, the greatest scientist of the twentieth century, and Time magazine's "Person of the Century."

The word "Einstein" has come to be synonymous with genius. A brilliant scientist who has significantly altered the scientific paradigm.

All of these figures have one thing in common: they all point to a profound, mature, and intelligent being. Furthermore, they depict someone who is driven to accomplish great things.

In this article, we will focus on Albert Einstein Numerology analysis based on his life path number.

As one of Einstein's most famous quotes:

"Everything is determined, the beginning as well as the end, by forces over which we have no control".

Therefore, we will discuss if his fame and fortune were determined by forces over which he had no control such as his life path number.

Before we move on with Albert Einstein's Numerology life path, let us first discuss a brief overview of his life.

The name Albert Einstein was not immune to numerological influence. Albert's name lives on even though he is no longer alive.

He was a theoretical physicist best known for developing relativity theory and photoelectric effects.

He was awarded the Nobel Prize in Physics in 1921 for his work on the photoelectric effect.

Albert Einstein would later write that two wonders had a profound impact on him in his early years. His first encounter was with the compass. He was five years old at the time.

He was perplexed by the fact that invisible forces could deflect the needle. The second was when he discovered a geometry book at the age of 12 and dubbed it his "sacred little geometry book."

In his spare time at the Swiss Patent Office, he produced much of his remarkable work. In 1908, he was appointed Privatdozent in Berne.

In 1914, he was named Director of the Kaiser Wilhelm Physical Institute and Professor at the University of Berlin.

In 1903, Albert Einstein married Mileva Maric. The couple had two sons and a daughter. They divorced in 1919. Albert married his cousin Elsa Lowenthal, who died in 1936, the same year.

After retiring, he continued to work on unifying the fundamental concepts of physics. He approached geometrization in the opposite way that the majority of physicists do.

Albert Einstein's Personality Based On Date of Birth 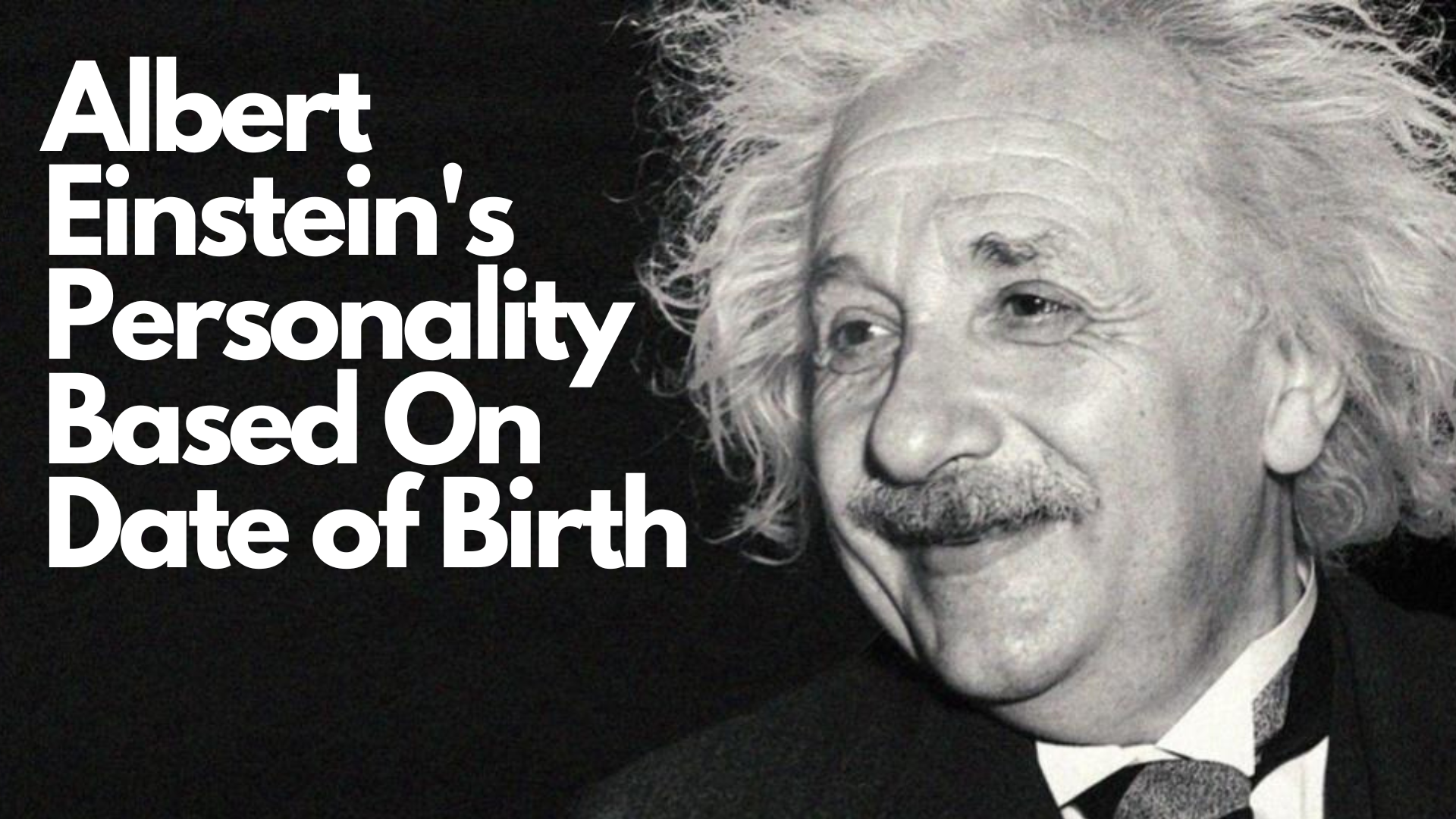 On March 14, 1879, Albert Einstein was born. According to his birth date numerology, he excels at the following activities: public relations, public speaking, and promotion.

He can, however, easily adapt to any other activity. Albert is a caring and friendly person with strong social skills who treat others well.

Albert can come up with brilliant solutions to most problems that arise in his or someone else's life.

Teamwork is acceptable to Einstein unless there are numerous constraints. He is constantly looking for variety and excitement.

He is bored without them. Einstein cannot be described as completely irresponsible, despite his lack of discipline at times. 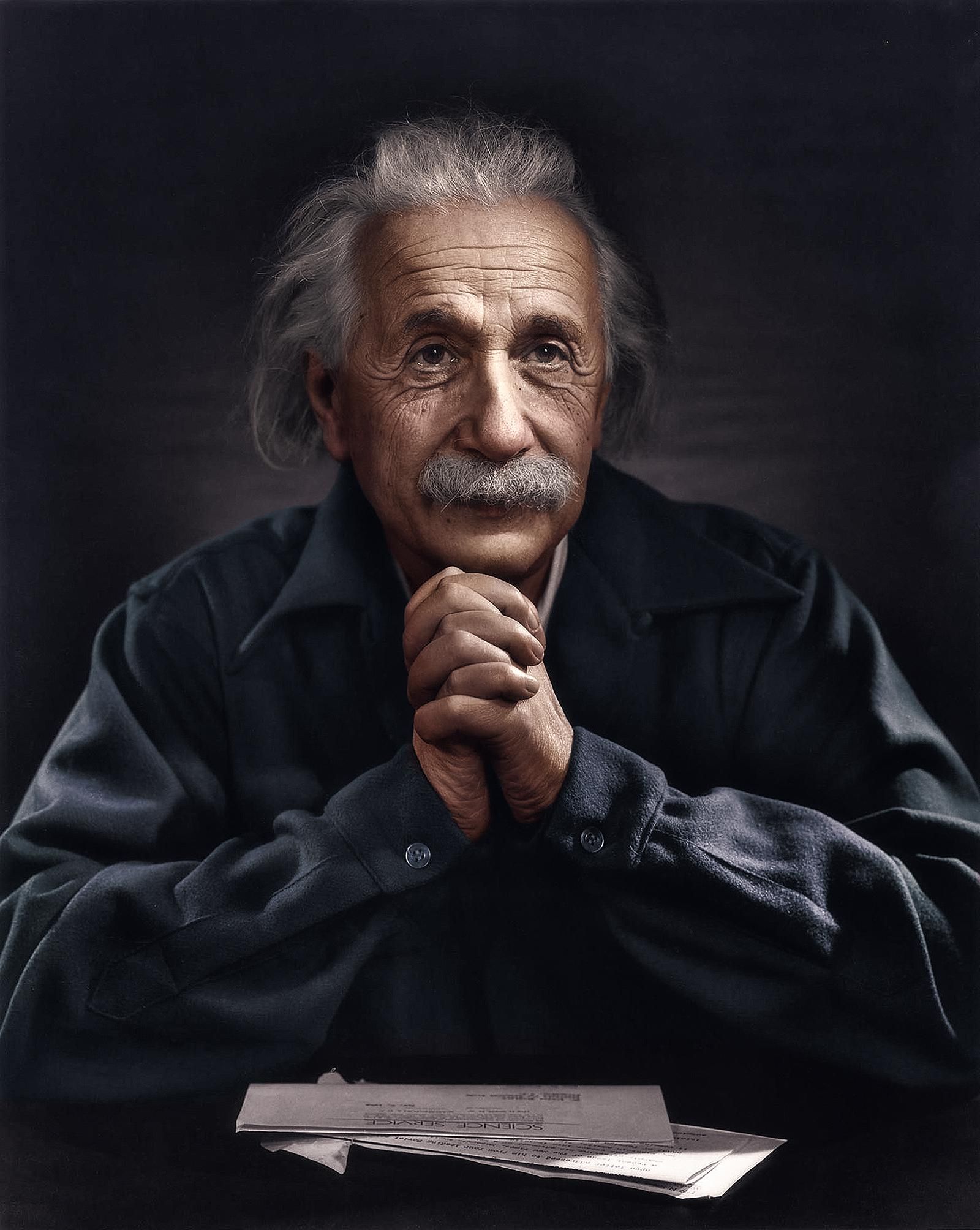 Based on Albert Einstein Numerology Chart, his life path number is 6.

Albert Einstein has a lot of compassion and wants to help people, according to his life path number.

He is concerned about the weak and oppressed. He is a healer who also helps others.

Albert has the ability to comfort those in need and will frequently offer his shoulder for others to cry on.

Einstein's life task is to develop the tools needed to be truly helpful to others, rather than simply being a sympathetic ear.

Albert Einstein must strike a balance between assistance and interference.

Similarly, he must learn the delicate art of the counselor, who knows when to leave the struggle to others and when to avoid removing necessary life experiences and lessons.

Albert Einstein has a natural sense of balance. As a result, he is well equipped to support and ground others in difficult times.

It is in his nature to accept responsibility, often filling voids left by others, and to make personal sacrifices.

Albert Einstein may have felt burdened by the travails of others at times. However, the love bestowed upon him by others is his well-deserved reward.

Albert strives to keep the family or group in harmony by balancing and fusing divergent forces.

He wishes to marry and is frequently a wonderful parent, providing warmth, protection, and understanding to children.

He is kind, generous, and attractive. Einstein is frequently admired and even adored, which perplexes him. He is humble, but he is filled with pride.

Albert Einstein moves gracefully, but he will have to work hard to stay in shape. To avoid becoming plump and round, he must engage in physical activity and limit his intake of sweets and dairy.

The temptation and danger for Albert Einstein is to see himself as the world's savior, bearing the burdens of others on his shoulders.

Albert Einstein is gifted in the visual and performing arts, as well as music. However, his creativity may be stifled as a result of his willingness to make sacrifices or his inability to fully appreciate his own abilities.

This is not to say that Albert cannot excel in these areas; on the contrary, he has the talent and can achieve success in a variety of artistic fields with effort.

Einstein is also a tremendous businessman. Albert Einstein possesses a great deal of charm and charisma, which he uses effectively to attract the people and support he requires.

Who Is The Master Of Numbers?

What Is My Destiny Numerology?

It's simple to find the root number associated with a name using this method, which numerologists refer to as your Destiny Number. Calculate the root number of your full name (first, middle, and last) by reducing each name to a single digit and adding the total.

What Is The Power Of 6 In Numerology?

According to numerology, the number 6 represents domestic happiness, harmony, and stability. Such houses with house number 6 in numerology also have significant responsibilities, such as family obligations, children, and the home.

In conclusion, everything is predetermined, said Dr. Albert Einstein, the greatest scientist of the twentieth century. As a result of this statement, we can conclude that our lives are predetermined and visible through numbers. Thus, his fame was founded on numbers, particularly the high concentration of master numbers in Albert Einstein's Numerology chart.