Scorpio Spirit Animal - What They Are? 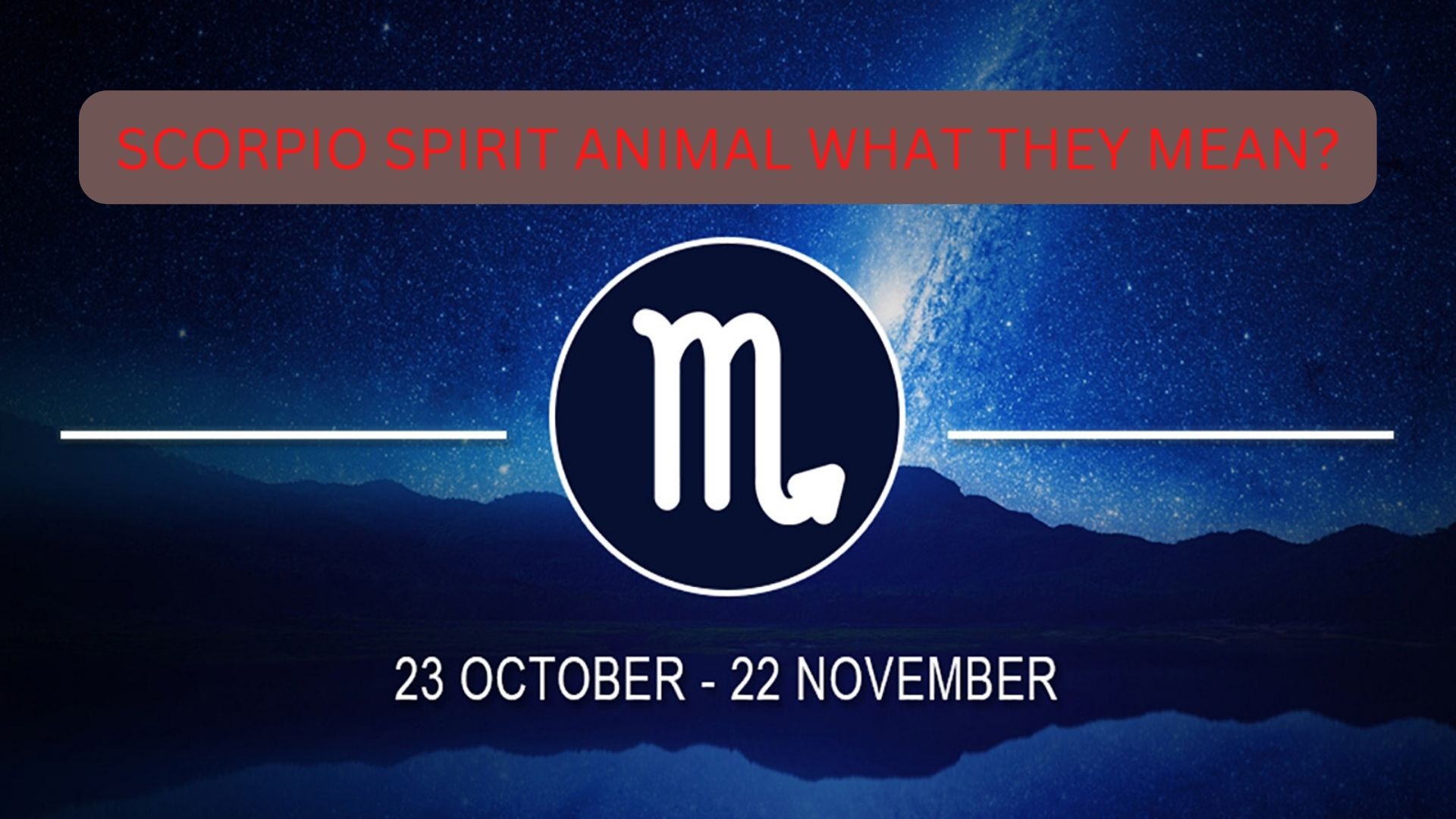 This is possibly the characteristic that best describes the two of them. The Scorpion, which is always tuned into its environment and on alert for any threats, is a Scorpio spirit animal. They are aggressive, fiercely protective of themselves, and always prepared to attack with their very poisonous tails.

Scorpions may not have actual weapons on their bodies, yet they are the only sign that they have a better innate sense of how to respond to threats to their existence. One of the first terrestrial animals that have ever walked the earth is the scorpion, if not the earliest.

They are resilient enough to withstand even the radioactive fallout from a nuclear explosion because they know how to survive. Scorpios also develop a remarkable capacity for adjusting to their situations and surroundings.

Never rule out the possibility that a Scorpio would be the last person standing in a normal survival situation. Scorpions may be regarded as lower-class creatures, but this does not mean that they lack vigor and ferocity. Watch how these animals shine under black lights to see what makes them unique.

Following are the positive Scorpio characteristics.

The Scorpio spirit animal is a sign that pursues its goals aggressively. They start a task and do it flawlessly. They are indifferent to the situation, and it is challenging to sway them off their route. One of their most valuable qualities is this.

They are the sort to focus more on giving it they're all than worrying too much about whether they succeed or fail. They will take on whatever is thrown their way with the courage they have been given. They are passionate about life. Also, they have a calm personality that is both very unusual and cute enough to appeal to a wide range of people.

In partnerships, Scorpios are highly committed, reliable, and faithful. A Scorpio would stand by you if they said they would, regardless of what others may think. They will take hold of your hand and fight for you in every manner conceivable against those who wish to harm you.

It could be a result of their tenacity and commitment, but either way, it is done with good intentions. As a result, you can depend on them to make you feel safe and at ease. They are also highly reliable. Since they tend to be honest, they expect a lot of commitment and sincerity from others. 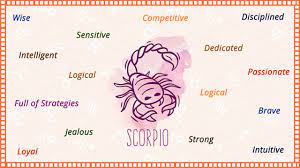 Following are the negative Scorpio characteristics.

Scorpios are known for holding tightly held secrets and usually being rather hesitant to show their actual emotions. They are always pensive, so you can never really understand what's going through their heads. Their status as holders rather than liars results from this. They constantly form opinions and come to their private conclusions.

It takes the right attitude and compatibility for Scorpios to be completely open about the depth of their feelings and the roots of their beliefs. This serves two purposes, and if they are upset, it can make them act out in a way that is similar to a scorpion's sting.

Scorpios are sensitive to insults and take them personally. This is due to their high level of internal sensitivity. They also tend to seek retaliation against anyone who attempts to belittle them.

If they are harmed, they will react aggressively and may unintentionally or intentionally seek revenge. Typically, this takes the form of harsh words or unreasonable outbursts. In the heat of the moment, they may feel helpless, but after some time to think, they usually calm down and see the situation from a more compassionate point of view.

Bonobo As A Scorpio Spirit Animal

Bonobos frequently indulge in group sex and don't select mates depending on gender. They urge each other and their children to engage in sexual activity. The bonobo is one of Scorpio's spirit animals because it shows how passionately sexual the Scorpio zodiac sign is.

The reproductive system, sexual organs, genitalia, and bowels are all ruled by the astrological sign of Scorpio. This proves that Scorpio is the zodiac sign with the most attractive people. Scorpios are sexually infatuated and constantly think about it. They have large libidos and require regular intercourse to maintain equilibrium.

🌟🦂 THE SCORPION SPIRIT 🦂 🌟🌹The Scorpion as your Spirit Animal & its Symbolism 🌹

The Opossum As A Scorpio Spirit Animal

The opossum is the perfect animal to represent the Scorpio star sign because it shows that intelligence wins out over brute force. Scorpios are strong, but their brains, rather than their physicality, are what gives them the most power.

They are resourceful and cunning problem-solvers, much like opossums, and they never forget to take care of themselves. The fact that the opossum is a nocturnal animal that lives alone makes it even more like the Scorpio sign.

Scorpio is a sign that actively pursues its objectives.

Scorpios are incredibly dedicated, dependable, and faithful in relationships.

How Is The Opossum Related To The Scorpio Spirit Animal?

The opossum is the best animal to represent the Scorpio star sign because it shows that smarts are more important than size.

Scorpio spirit animal is a mystical, passionate, and clever sign, so any appropriate spirit animal must share these qualities. You will be able to tell which animals belong to the Scorpio sign if you know more about how people with this sign usually look and act.