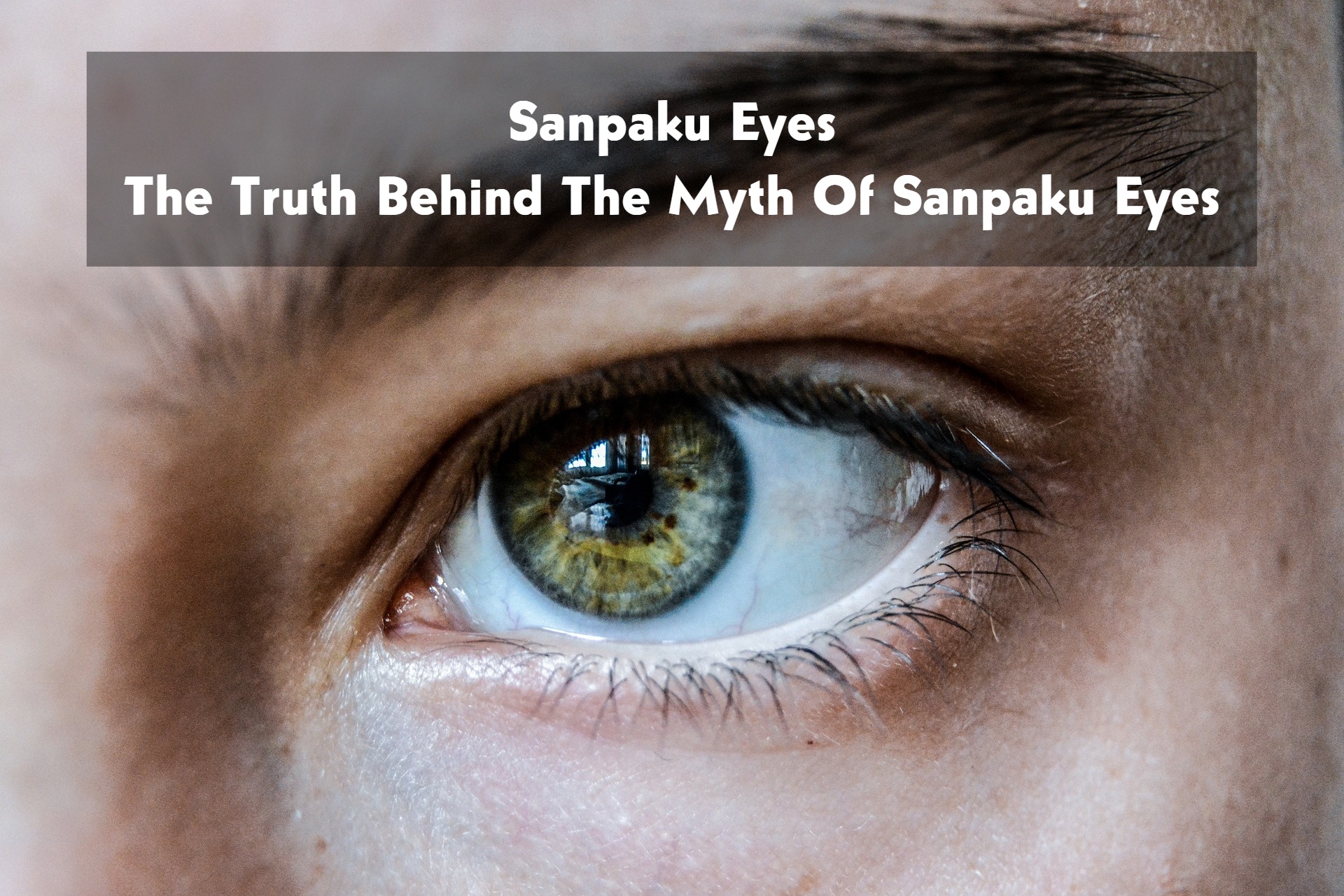 Japanese face reading says that different parts of your face can reveal things about your personality, skills, and life. Sanpaku eyes is one of the elements in reading people's faces.

Sanpaku means "three whites," which is a reference to the fact that you can divide an eye into four parts, with the whites taking up three of them. When someone has sanpaku eyes, you can see the white of their eye above or below the iris.

Normally, that's not a very interesting thing, and you might not even notice it. But in Japan, there is a belief that sanpaku can tell you a lot about your future.

If you believe the myth, it does matter if the whites of the eyes are visible from above or below.

"Sanpaku" means the three parts of the eye: the sclera, the iris, and the pupil. In this case, the part of the eye that is sunken is the white part. The term "San paku" also refers to a way of painting in Japan that uses this effect to make paintings look like they have depth.

According to a Japanese superstition, sanpaku could be a good way to tell your future. It tells what will happen to a person based on the shape of their eyes. Asians have a tradition where they look at a person's face and try to figure out what will happen to them. If there is white above or below the iris, it means something different.

Sanpaku eyes really took off in the West in the 1960s, when Japanese author George Ohsawa started predicting the deaths of famous Americans (like Marilyn Monroe and John F. Kennedy) based on their eyes. His argument, on the other hand, was different from traditional ways of reading people's faces because he said this facial feature was more negative.

Ohsawa suggested diets high in whole grains, veggies, and dried fruits for those with this illness to decrease the consequences.

Because it's thought that people with Sanpaku's eyes are more prone to get sick or have tragic mishaps, these recommendations were made.

According to Brian Ashcraft, the iris begins to rise and the lower portion of the eye becomes more noticeable when a person ages or becomes ill. Therefore, this is a sign that something about the person is not quite functioning psychologically or physically.

Since then, people have wondered about the link between sanpaku and one's fate. If you believe the superstition, then it really does matter whether the whites of the eyes are visible from above or below. Read on to know more! 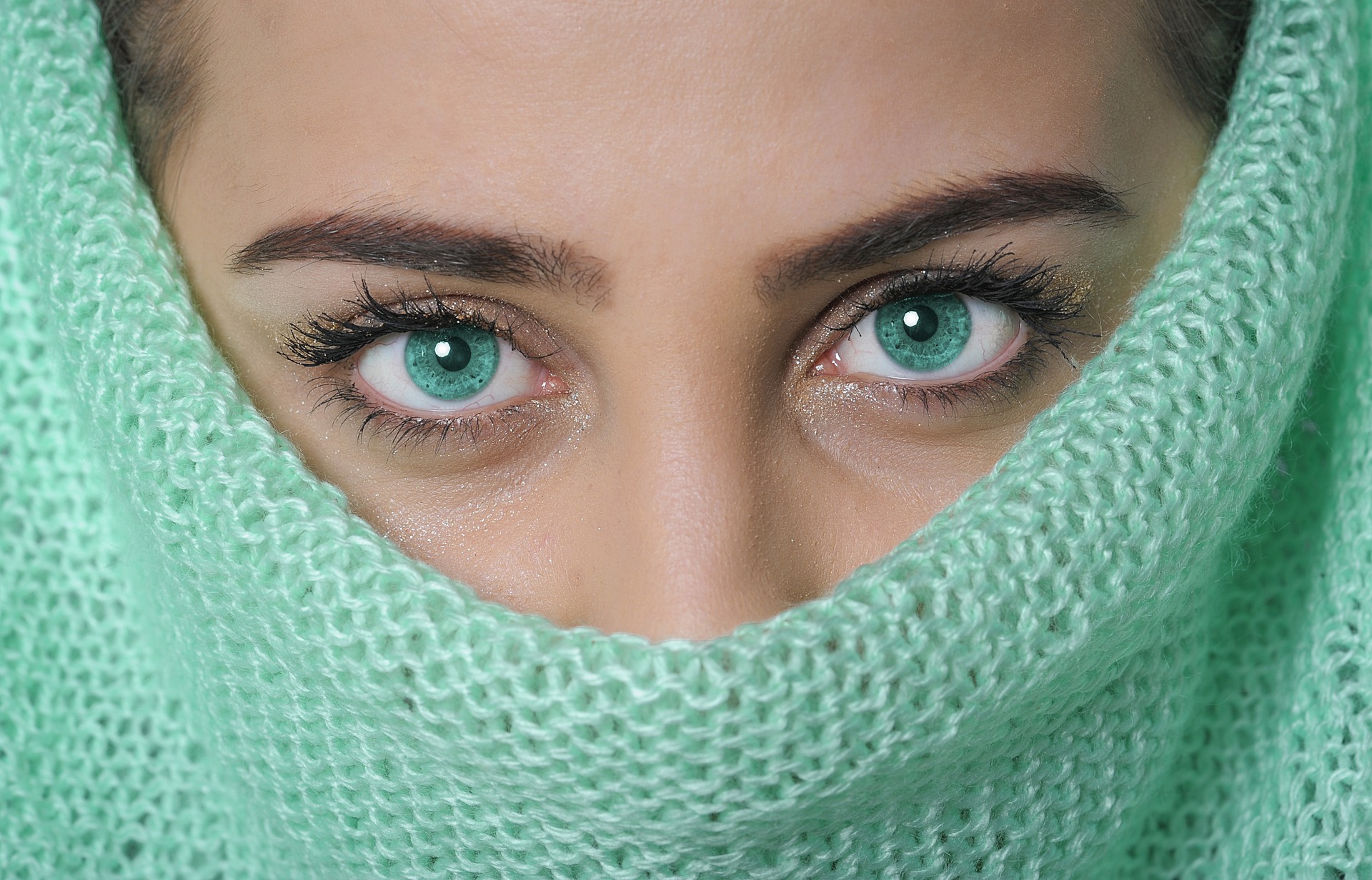 A woman wearing a hijab has sanpaku eyes

If you can see white at the bottom of your eyes, watch out, because the world is after you. If you have this condition, you might be in danger from the outside world.

Taking those kinds of risks can lead to a very sad death. Princess Diana, Abraham Lincoln, John F. Kennedy (JFK), James Dean, and John Lennon were all well-known people who had this trait.

John Lennon, who was killed by a fan, wrote a song called "Aisumasen" about the Sanpaku eye. The artist died in a tragic way, just like Marilyn Monroe, Audrey Hepburn, Elvis Presley, Indira Gandhi, Jim Morrison, Michael Jackson, and others who also had sanpaku eyes.

People believe that if someone's name means "outside world," something bad will happen to them.

Charles Manson is a good example of how this works in this case. This American murderer became famous for killing people and starting a group called the "Manson Family." Under his direction, his followers also killed people.

Sanpaku Yang translates as "inner world," and according to superstition, this individual might end up hurting other people.

It's likely that you will see the pupil and iris in the center and the whites (sclera) on either side of your eyes when you gaze in a mirror or image of yourself. As you look in different directions or "roll" your eyes up or down, your iris and pupil may move. However, this is how the eyes typically seem.

The term "sanpaku" describes eyes with greater scleral visibility. This could indicate that there is more white showing above or below the iris.

Sanpaku eyes is a word with roots in Japanese face reading. Physiognomy is a sort of face reading. The art of defining someone's character or mentality based solely on their outward appearance is known as physiognomy. Typically, it explicitly refers to facial traits.

Sanpaku eyes and scleral show refer to the same type of eye appearance in Western medicine, however, scleral show is more commonly used. But depending on the situation, they have diverse meanings.

Scleral show represents a natural eye appearance or may be brought on by aging, sickness, injury, or a problem following blepharoplasty, in contrast to sanpaku eyes, which are frequently connected to Japanese face reading or psychological meanings.

A research was conducted in July 1987 to assess the level of scleral show or sanpaku eyes in a sample of the population. At a plastic surgery clinic, the participants were chosen at random. A survey was administered to determine age, sex, race, and general health. Then, scleral show measurements were performed on the individuals.

Each participant's head was fitted with a headband goniometer, a tool for measuring angles, to conduct the measurements. Then, with their eyes concentrated on one spot, the head was inclined between 0 degrees and negative 35 degrees.

According to the study's findings, inferior scleral show was a very typical observation.

100 people took part in the evaluation. The participants, however, were all white. This means that only a small portion of the Caucasian population can be accurately represented by the study.

Should You See An Eye Doctor For Sanpaku Eyes Or Scleral Show?

Scleral show, also known as sanpaku eyes, is generally not a medical condition that suggests any underlying problems or calls for correction. However, you might need corrective medical therapy if scleral show is brought on by blepharoplasty problems, trauma, or age.

Speak to an ophthalmologist for an evaluation if you're interested in having your sanpaku eyes (scleral show) "fixed" medically.

How Are Sanpaku Eyes Treated?

Nowadays, it's widely accepted that sanpaku eyes are caused by the eye muscles drooping or pulling downward. People who have thin skin and round faces are more likely to develop this ailment. To lessen this strange appearance and attain a more balanced appearance, a variety of natural therapies and surgical procedures are available.

The following are a few of the most popular techniques for reducing sanpaku eyes:

What are Sanpaku eyes?

What Does It Mean If You Have Sanpaku Eyes?

When the white of someone's eye is seen above or below the iris, this is referred to as sanpaku. Normally, that would be a rather ordinary occurrence that you would not even be able to notice. However, one Japanese myth claims that sanpaku may be a reliable predictor of your future.

Who All Has Sanpaku Eyes?

What Is The Opposite Of Sanpaku Eyes?

Reverse Sanpaku - Mania. Similar to the newborn in the picture above, "reverse" sanpaku in adults may signify mania, which is sometimes linked to bipolar disorder.

How Do You Fix Sanpaku Eyes?

You most likely require a mix of procedures, including a midface lift and lateral canthopexy with spacer grafting. These are all carried out concurrently through a lower blepharoplasty incision and all work to elevate, support, and recreate a more almond-shaped position for the lower lid.

The superstitious belief behind the sanpaku eyes has different connotations in the United States and in Japan. Having sanpaku eyes in US means danger, however, in Japan, they consider it cute or 'kawaii.' It really depends on you what are you going to believe.