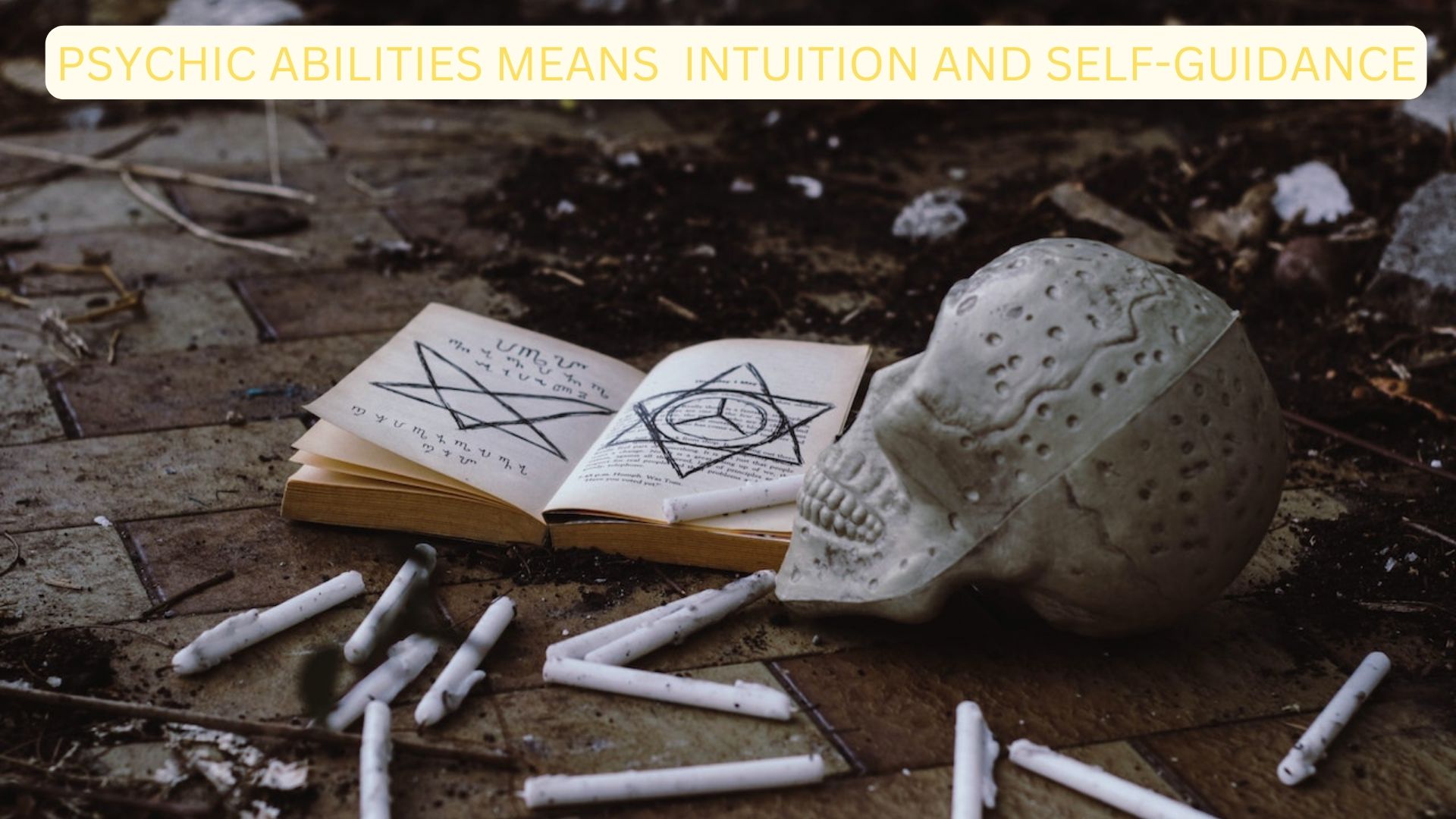 Many people think that voodoo, witchcraft, or a belief in the supernatural are the only ways to get psychic abilities. However, that is not at all a true representation of the situation.

The key to developing psychic abilities is to have faith in the power of the mind and your own will. It's about using your intuition and self-guidance system to continuously and unwaveringly seek the truth.

This goes back to the basic foundation of intuition, which is just learning to live by your truth and trust your instincts.

Spiritual masters have provided descriptions of the practices and routes that one might pursue to gain health, happiness, and peace of mind from the beginning of time.

According to a significant body of recent studies, any kind of spiritual practice is likely to enhance one's prognosis for recovering from a serious illness.

Instead of sticking to a predetermined religious doctrine, many of these spiritual practices emphasize learning to calm the mind.

The mystic branches of Buddhism, Hinduism, and Christianity, as well as Kabbalistic Judaism, Sufism, and many other religions are examples of these meditative paths.

The subtext of these teachings is that if one learns to calm their mind, one may experience or perceive things that seem to be psychic.

What Are Psychic Abilities?

The ability to perceive things through extrasensory perception and beyond the range of ordinary human senses is known as psychic power. The five senses that humans have are sight, smell, taste, sound, and touch.

Even while some refer to psychic skills as the sixth sense, most psychically gifted individuals have amplified human sensibilities.

A person who has the unique ability to perceive other people's emotions and sensations as if they were their own without even trying is known as an empath. They have a built-in sensitivity to the energies that are all around them.

When an empath enters a room and sits next to someone who is silently grieving, the empath will sense the sadness and feel it as their own. 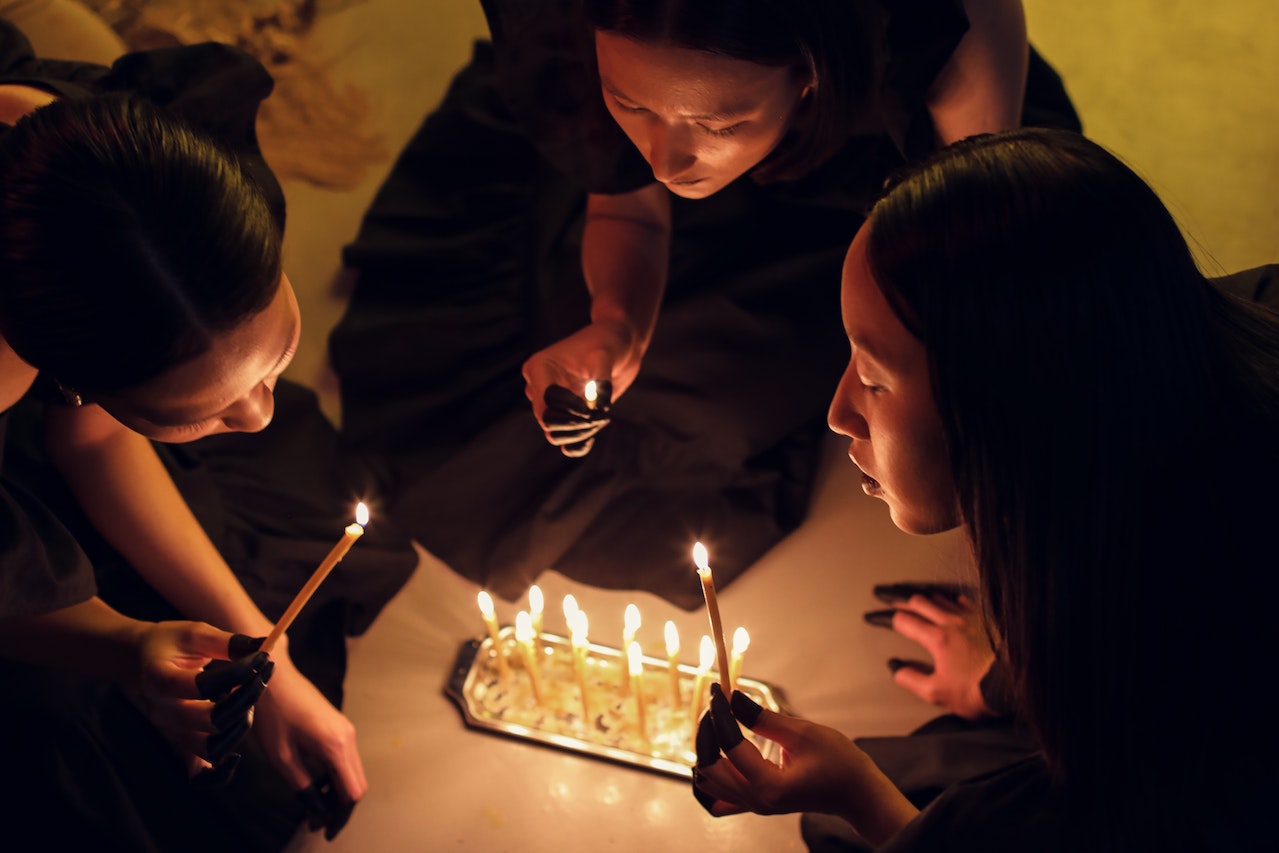 A Group Of Women Holding A Lighted Candles

No medium or psychic has ever shown proof that an apport showed up in a situation that could be called scientifically controlled.

In other words, the Akashic Records provide us with information about the probabilities that can take place in your lives.

An Akashic Record exists for every one of them, and each can look at not just your records but also the records of any organizations, activities, or locations of which you have been a part.

Most importantly, each of us may view the Akashic Records as a source of answers that can educate us on how to become the finest potential physical creatures that you can be, and you can consider them as a source that is not only useful but also superior.

The capacity to deliberately project one's astral body, also known as one's awareness, is related to the out-of-body experience, which is characterized by the sensation of the astral body becoming momentarily detached from the physical body.

Astral projection, also known as astral travel, is a term used in esotericism to describe an intentional out-of-body experience.

This experience presumes the existence of a subtle body referred to as an "astral body," through which consciousness can function independently from the physical body and travel throughout the astral plane.

A person's aura reading is how you start to get a sense of that person's energy field when you do a reading for them.

Aura readings, which you do on a personal level, are about getting to the bottom of a person's true motivations and objectives in this life. You all come into this world with a mission.

The Spirit has provided me with a tool in the form of the aura colors so that you may accomplish this. 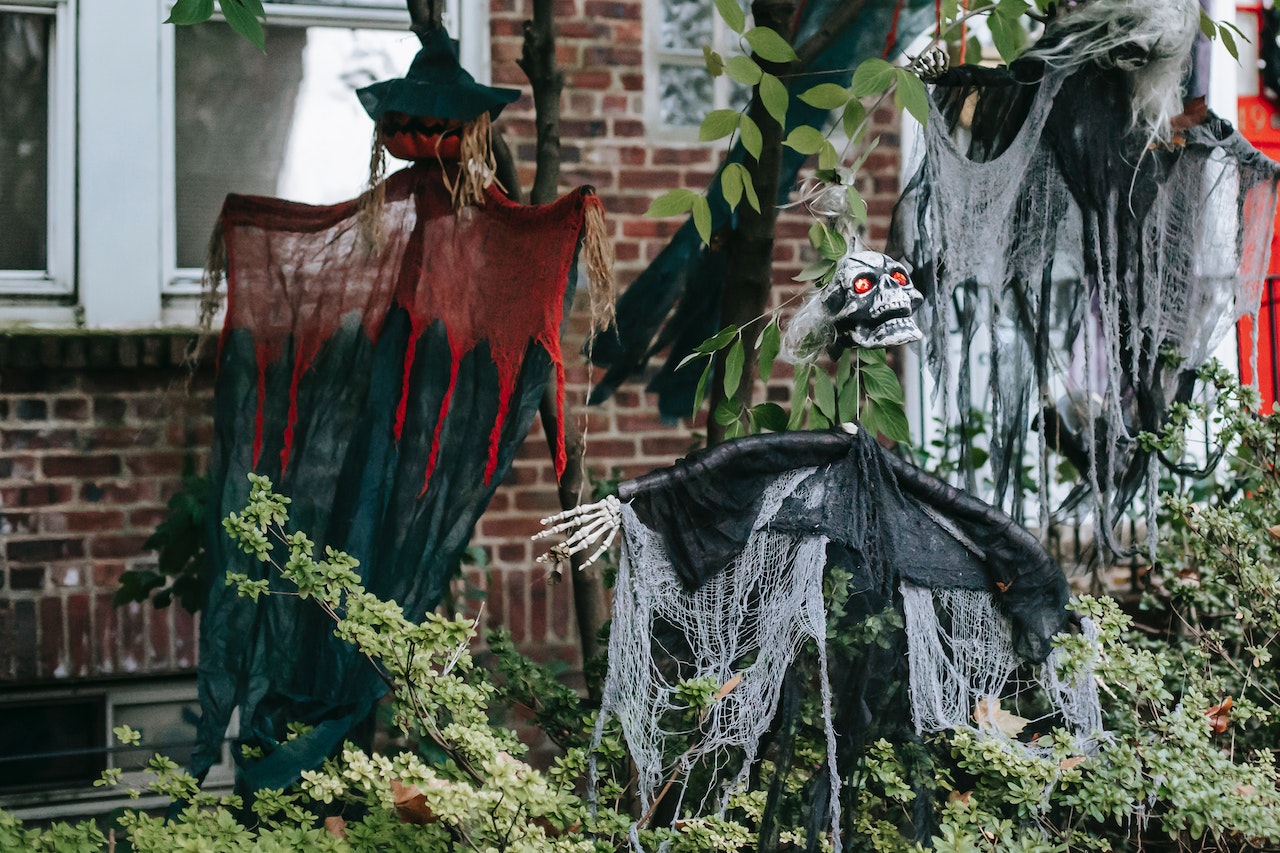 Terrible Scarecrows On Yard Of Building

The talent of being able to draw or write without consciously trying to do so.

Automatic writing that is generated involuntarily by the individual even if their attention is allegedly being diverted elsewhere is called automatic writing in the spiritualist tradition.

The event can take place either when the individual is awake and attentive or while they are in a hypnotic trance, typically while they are participating in a séance.

It has the capability of altering and exercising control over DNA.

Biokinesis is the extraordinary ability to affect not only the chemical and cellular parts of another person's body but also their vital forces and energies.

The capacity to change one's perception of time, which can make one feel as though time is moving more slowly or more quickly than it is,

The capability to mentally alter time is known as chronokinesis, which is also referred to as time manipulation or time control.

The capacity to obtain knowledge through the use of supernatural aural techniques.

The capacity of a person to get psychic information without being able to explain how or why they acquired that knowledge.

The supernatural capacity to experience the flavor of a material even when nothing is placed in the mouth.

People with this talent are said to be able to taste the essence of a substance that exists in the spiritual or ethereal worlds.

This ability is said to be able to be perceived through the sense of taste.

Psychic Abilitie Of Clairolfactance And Clairsentience

The power to get access to spiritual or mediumistic information through one's sense of smell.

Psychic feelings are the capacity to acquire information from one's feelings and emotions through one's psychic senses.

Using extrasensory perception, the ability to recognize people, things, places, or events in the physical world.

The capacity to create tangible objects out of nothing but air and matter.

The capacity to obtain an understanding of a situation via the use of occult techniques.

The skill of locating water, typically with the use of a device known as a dowsing rod,

The capacity to use one's thoughts to influence the flow of energy, either physical or non-physical.

The capacity to heal using one's own etheric, astral, mental, or spiritual energy is also known as "empathetic healing."

Having the power to float or fly via the use of magic.

Psychic Ability Of Mediumship Or Channeling

The skill of being able to talk with ghosts.

The power to understand what will happen in the future.

The capacity to eradicate sickness or dysfunction from within or on top of body tissue by the use of an "energetic" incision that heals itself immediately after the procedure.

The Psychic Ability Of Psychokinesis, Or Telekinesis

The ability to manipulate physical objects with one's mind.

Psychic Ability Of Psychometry Or Psychoscopy

The capacity to learn information about a person or thing via the use of one's sense of touch.

The power to conjure and control fire using just one's mental faculties. Teleesthesia, remote seeing, and other forms of remote sensing. Using extrasensory perception to see something that is far away or can't be seen at all.

The power to supernaturally discern what has occurred in the past.

What Are Your Psychic Abilities?

Psychic power is the capacity to comprehend things through extrasensory perception and outside of the normal human senses.

What Is The Psychic Ability Of Akashic Records?

The probabilities that might occur in your life are revealed to them by the Akashic Records.

What Is Astral Projection?

The goal of the current study was to determine whether exposure to an unusual occurrence would alter NTB and related cognitive biases.

The current research provides encouraging proof that exposure to psychic abilities can affect participants' assessments of the event and related cognitive biases.

We draw the conclusion that these data are crucial in demonstrating that magical beliefs and the cognitive biases they are linked with are flexible, not necessarily trait-like and that this flexibility is feasible long into adulthood.

We talk about the need to further assess the kinds of demonstrations that are effective at influencing, if not forming, beliefs. In any event, the current paradigm offers hope for demonstrating causal elements in the development and maintenance of beliefs, as well as the contribution of associated cognitive biases to these processes.