Plane Of Expression - A Complex Aspect Of Numerology 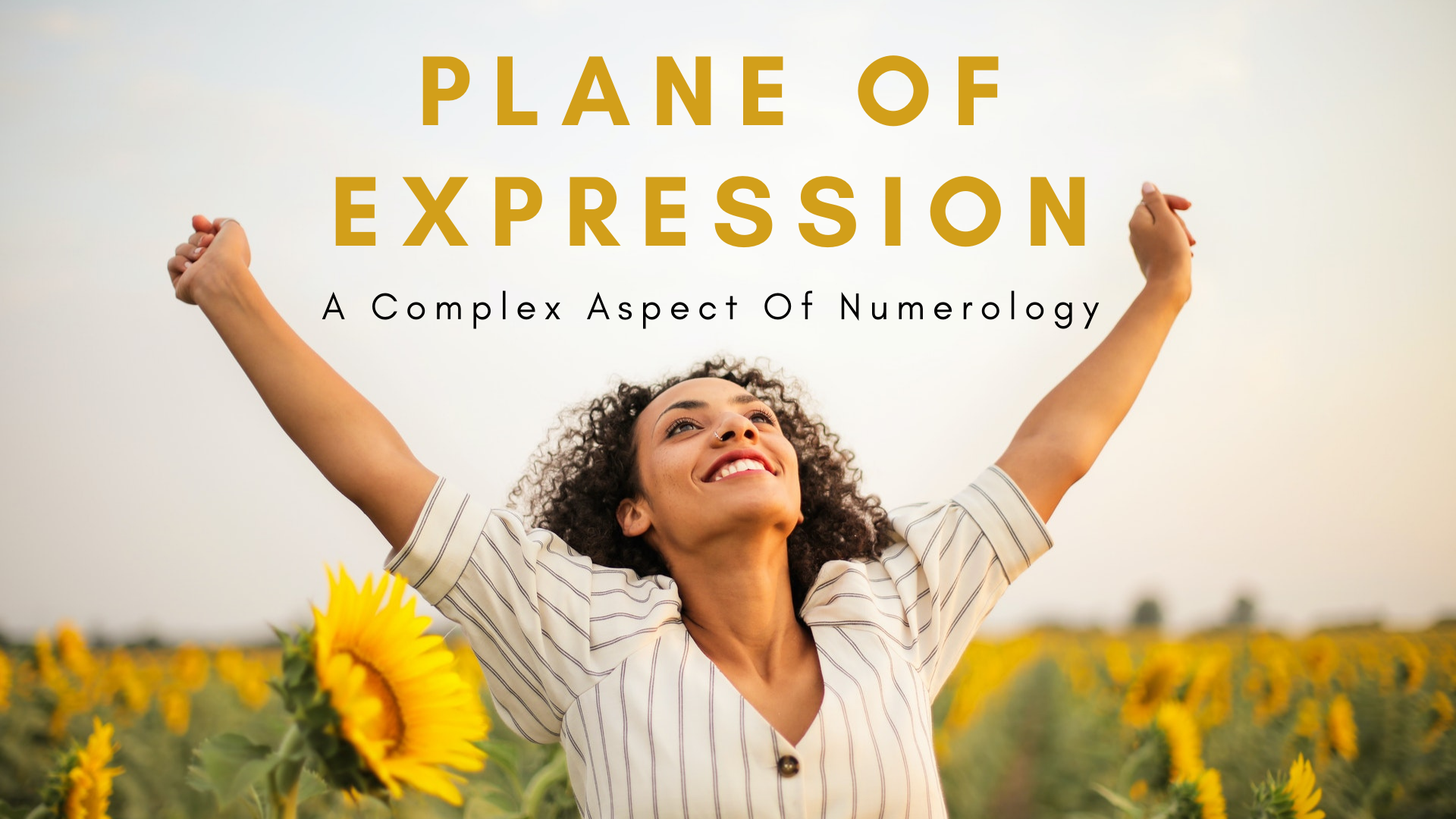 One of the most important aspects of a numerology reading is the Plane of Expression. They represent mental levels that are inherent in all people.

Your temperament is made up of your unique combination of their vibrational energy, which gives your personality a distinct individuality.

A thorough understanding of the Plane of Expression will provide you with valuable insight.

It reveals various aspects of your personality, including physical, mental, emotional, and intuitive traits.

Get a detailed numerological interpretation of the different planes of expression with this article.

Read on as we provide an in-depth explanation of the Plane Of Expression meaning and how can it help you with your daily lives.

The Plane Of Expression is considered a complex aspect of numerology to grasp. Understanding how this relates to your life can be beneficial.

These numbers reveal our temperament, where our abilities and talents lie, and provide useful information, particularly for career counseling.

They demonstrate where we have the most knowledge and ability and where we may need to improve.

Furthermore, it assists you in comprehending various aspects of life. Nonetheless, you must seek the appropriate information to assist you in making sound life decisions.

Always be on the lookout for something that has the potential to change your fortunes.

We can categorize ourselves into four planes: mental, emotional, physical, and intuitive.

These are discovered by adding up the number of times each letter value appears in our full name.

An emphasis on a specific plane colors our personality and provides us with skills in that area.

A deficit or low score on a particular plane indicates an aspect of our personality that needs to be improved.

It reveals a person's temperament and personality. The four sections depict various aspects of a person's general disposition.

This number also indicates which of a person's four sides is most important.

Any of the four parts can be dominant in a person and subdue the others.

The four dominant elements can be used to determine an individual's personality.

The Four Planes Of Expression

Let us delve into the specifics of these to better understand what they are.

This phase represents the physical part of things, their movement, and their existence between space and time.

Individual attributes that can be linked to the physical phase are an individual's values, practicality level, and endurance.

The physical plane letters are concerned with the five physical senses, namely sight, sound, smell, taste, and touch, as well as the potential for physical strength, endurance, and size.

Those who place an emphasis on physical plane letters act and react in a physical manner.

These people are engaged and focused on the present. They are practical, have common sense, and are methodical and systematic organizers.

They are excellent organizers who are systematic and methodical. Physical endurance and strength are typical, and they are frequently highly sensual.

They are concerned with the present and are usually hard workers, often builders or craftspeople.

Strong intellectual abilities are indicated by an emphasis on the mental plane.

These people act and react mentally, guided by facts.

They are problem solvers with exceptional reasoning abilities who deal with facts, see the big picture, draw conclusions, and have strong opinions.

They are thinkers with strong opinions and good reasoning abilities.

They frequently write serious or technical works. They deal with evidence and facts. Leaders, scientists, inventors, and CEOs of large corporations are frequently included.

This phase is all about a person's problem-solving ability, his or her ability to draw conclusions, and the amount of mental patience he or she possesses.

The ability to see the big picture.

An emphasis on the emotional plane generally indicates that the person is heavily reliant on their emotions for guidance.

They act and react to their emotions and are sentimental, imaginative, creative, and artistic people with little regard for facts or analysis.

A strong emphasis on the emotional plane typically indicates that the individual relies heavily on their emotions for guidance.

People with a high score in this area are filled with sentiment, imagination, and feeling, and they may appear dreamy.

This represents a person's ability to react to any given situation, as well as the quality and quantity of your reaction.

It is critical that you know how to handle yourself and that you do not overreact to any given situation.

This is about controlling your emotions.

Those who place a strong emphasis on the spiritual plane are usually psychic and have a strong interest in spiritual matters.

These people are sensitive, caring, and compassionate toward others, guided by their intuition or higher mind.

They avoid the spotlight, are easily hurt, and usually live quiet, reclusive lives in search of knowledge and inspiration.

People with a high score in this expression tend to live quiet lives away from the spotlight.

Charity work, counseling, or other institutional work is possible.

An emphasis on the number nine typically indicates concern and compassion for others.

Use your given birth name to calculate your plane of expression (first name, middle name, and last name).

Simply count the number of letters in your name that fall under each plane.

The number of letters in each plane indicates which Plane of Expression in you is strongest and which is weakest.

The greatest sum of the numbers found on each plane reveals your reaction to your experiences on that plane.

Planes of Expression and the letter for each:

What Is Plane Of Expression In Numerology?

The four planes of expression of numerology show all of the vibrational energies of each letter in your birth name.

What Are The Four Levels Of the Plane Of Expression?

The plane of Expression is divided into four levels. One is our physical body, followed by our mental faculties, intuition, and, finally, our emotional makeup.

Each of the aforementioned levels provides us with a unique means of receiving information from the outside world.

What Does It Mean If You Have A Missing Plane Of Expression?

When one plane is missing or weaker than another, it does not necessarily imply that you have problems with that plane.

It could simply mean that flying isn't a big deal for you.

A low or missing score on a particular plane, on the other hand, may indicate a personality flaw that needs to be addressed.

In conclusion, the Plane of Expression system as a whole is one of the most complex charts in Numerology.

However, if you understand it thoroughly, it will provide you with valuable insight into your own personality.

Each of the four planes has its own set of advantages and disadvantages. And each plane has an impact on your life.

Understanding numerology's planes of expression can help you understand who you are as a person, as well as how others perceive you and why you perceive them the way you do.