Discover Your Personality Numbers With This Guide 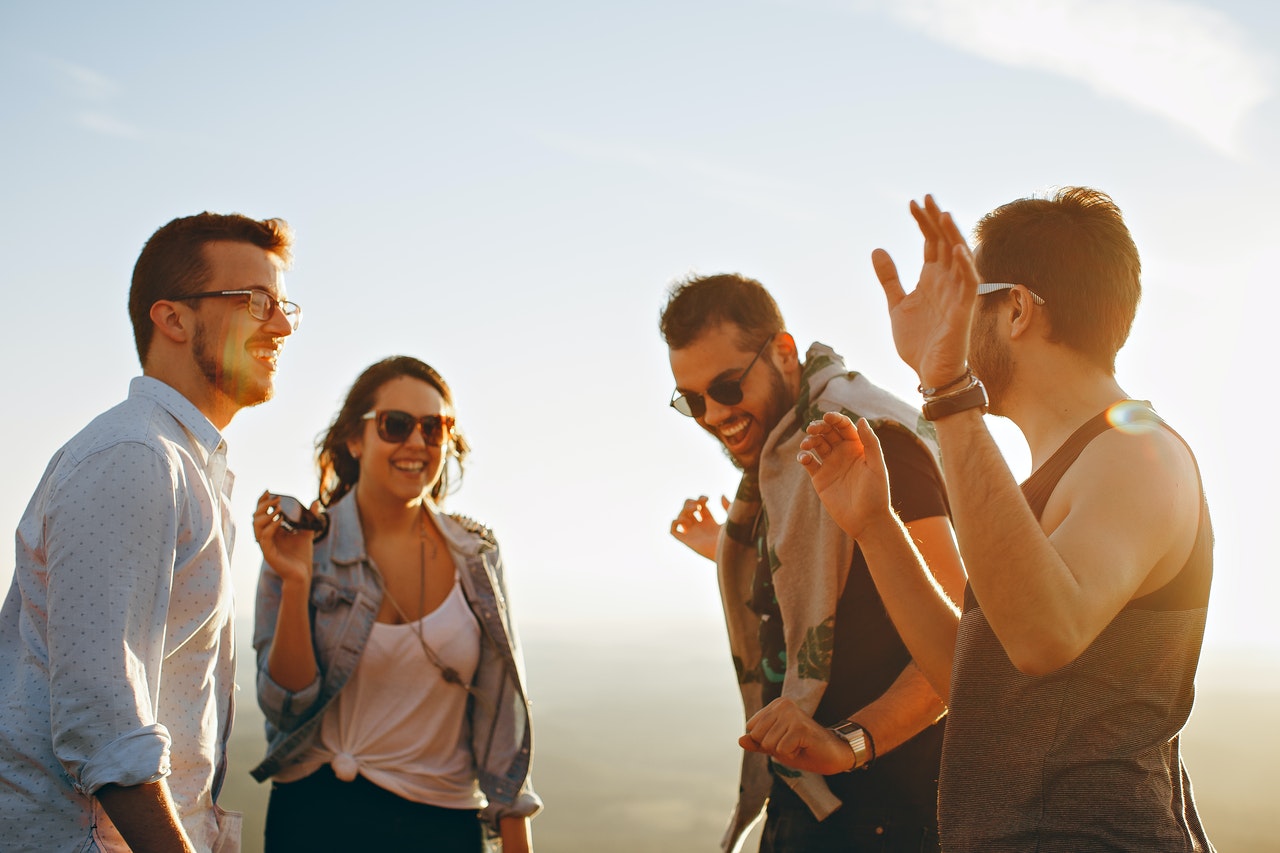 A personality number is a single-digit number formed from the consonants of your given name at the time of your birth, according to numerology. It's a reflection of what you're holding and sending out. It's why some individuals stick around while others drift away, losing interest in you.

Personality numbers are a crucial component of numerology since they determine the characteristics, traits, attributes, and vibrations that you send out into the world. It determines the types of people you'll like, the truths you'll accept, and the things you'll let into your heart and head. It exposes the qualities of yourself that you share with others, as well as the individuals, circumstances, or things that don't fit your personality.

Each digit reveals something about you. Tell us what they want you to say and what special qualities you were born with.

People with this birth number are naturally ambitious and natural leaders. They are self-centered, obstinate, and egoistic in their pursuits. You might think of them as trailblazers who aren't afraid to take chances and are extremely inventive in their job. These individuals should soften their tone and operate with compassion so that people with low self-esteem may readily approach them. 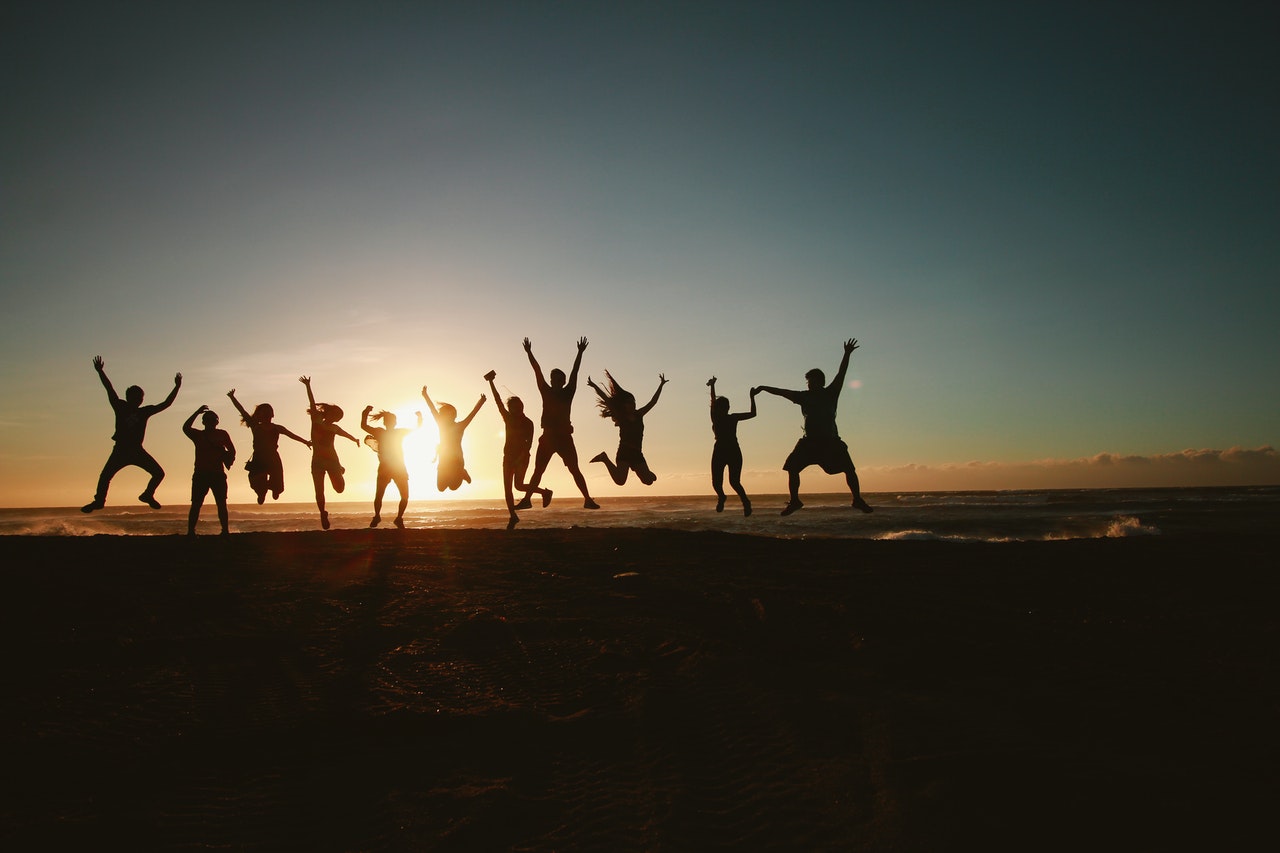 You seem pleasant and unassuming. You are smooth and warm. Others see you as a safe haven. People like you because you are kind and unthreatening.

Your outfit is spotless. Your clothes should be smooth and flowing. Avoid basic or understated clothing. Make an attempt to look bold and more interesting. This will complement your sensitive and open nature.

Intense passion lurks behind the surface of your sweet and sensitive character. You are sexy. Exercise is vital for your beauty and strength.

You make people feel special. You are sensitive and tense in an unbalanced environment.

You were bullied a lot as a kid, which made you shy.

Though you may have outgrown your shyness, people still detect a hint of vulnerability in you. You bring it tranquilly. Arguments exhaust you. Your longing for peace is felt. But don't be a blank slate for others' ideas.

Those around you may underestimate your strength. You're brave. Then you break.

You have a good eye for beauty and taste. Your motions are graceful, showing your sense of harmony and elegance.

The following are some of their most important characteristics:

The following are things that they should work on:

3s are chatty and gifted communicators. With their exceptional communication abilities, they can quickly draw people and keep them with their originality. 3s have an easier time making friends, either because of their conversational nature or perhaps because of their good luck. Maybe it's because threes are perceptive and opportunistic, and they know when to strike. They're quick to make sound judgments, which helps them succeed in many areas of life.

3s, on the other hand, might come off as manipulative. Even if it's inadvertent, they need to improve on this.

In numerology, the number 4 has earthy energy and is all about securing one's roots. 4 is a firm believer in the physical world and understands the need to invest in a strong infrastructure in order to leave a lasting legacy. The vibration of the number 4 is focused on developing logical processes that can sustain scalable growth.

It is practical, diligent, and responsible. 4 has a firmness to it, but it may easily deteriorate into rigidity; 4 must remember that rules are supposed to enhance rather than impede. Because it's easy for 4 to get obstinate, learning to relax and look outside the box is beneficial. Finding the courage to take a few big chances can free and inspire 4.

5 is defined by freedom. It is free-thinking, daring, and progressive. 5 must use all five of their senses to experience the world: Five people learn life lessons via spontaneous acts of bravery. 5 is known for its fun, impetuous, and exuberant character, which is similar to Sagittarius energy in astrology.

However, 5 may grow restless and irritable when it loses its distinctive joie de vivre. Because 5 is continuously on the lookout for new experiences, it has a hard time embracing daily duties, such as professional and interpersonal obligations. When 5 remembers to limit its sight, it will find that the most enjoyable discovery is right in front of its eyes.

Six people are naturally creative, have refined preferences, and are frequently called upon to mediate conflicts. They are numerate, clever, and have a natural ability to get along with people. Six people have a peaceful demeanor and would sooner make love than fight. These folks are pacifiers who like to nurture others. They know that they have responsibilities to other people and that their job as helpers is important.

7s are spiritual beings with a lot of spirituality. As a result, others admire their depth of thought. They also seem to be shrouded in a veil of mystery, which makes them seem a little aloof.

People with personality number 7 excel at analysis and study, as well as have a scientific mindset, which makes them perfectionists when it comes to achieving the desired outcomes without allowing distractions to get in the way.

They prefer seclusion over companionship, despite having a great demeanour.

Their drive to learn makes them avid readers and students, and they will commit countless hours to achieve this objective. Their mission is to improve their ability to relate to others so that their guarded demeanour does not cause them to become solitary individuals.

The number eight is a sign of strength and achievement. They are regarded as self-sufficient, solid in their attitudes, and capable executives. Expensive lifestyle devotees put a lot of work into achieving material success so that they may learn what it takes to keep it.

People with personality number 8 are powerful individuals that stroll through life with confidence, and they like to enhance their appearance with exceptional taste in clothing. They are persuasive, making them perfect for situations where they can motivate people to attain their objectives.

Because of their structured and ambitious nature, Number 8's may be outstanding politicians or entrepreneurs with financial success, but they want ongoing support and grow disappointed if they do not achieve. They must be vigilant to ensure that their safety does not lead to them being nasty and scary individuals doomed to loneliness.

For those who have it, the number 9 has a romantic connotation. These people are usually quite nationalistic. They have a strong desire to embark on experiences. They are good at balancing their career and personal obligations. Number Nine individuals are sincere and honest, and they despise liars and show-offs. They have compassionate and loving personalities. They show a lot of devotion and care for their friends and family. They quickly make friends with new people.

They have strong perceptive abilities. They are true sports fans that like both watching and participating in their favorite games. The majority of people associated with the number 9 are energetic and full of energy. These people are thorough, methodical, and systematic. They prioritize their pride, reputation, and honor above anything else.

Number 9 People have strong objectives in life. They climb to the top of the ladder with grit and drive. They are ready to express sympathy for others. They can go to any length to become self-sufficient. People with the number 9 as their ruling planet are excellent counselors and consultants.

Personality Number 11 amplifies the energy of Number 2, with the goal of using its enhanced psychic powers to cure oneself and others. His intuitive abilities are frequently the outcome of adversity in his life: he has no option but to develop extrasensory abilities. In numerology, Personality Number 11 is associated with spiritual enlightenment, consciousness, and philosophical harmony.

The vibrations of Number 4 are expanded by Personality Number 22, also known as the Master Builder. Master Number 22 is driven to build platforms in the physical domain that transcend immediate realities, combining the tangible and the ethereal to create a dynamic long-term legacy.

Personality Number 22's abilities are frequently a result of early childhood instability, which drives creative thinking. Master Number 22 is a hard worker, a visionary, and a trustworthy person who is always looking for ways to improve.

Number 33s are strong yet peaceful people with a strong sense of fairness. They have a tendency to affect others in their lives, such as friends, family, and even communities. People have faith in them since they are fair and want to do good.

These people make fantastic husbands and parents. Because of their loving and protective nature, they make others feel secure and cherished. They are also fantastic painters, poets, and comedians due to their inventiveness and wit. Number 33s have a keen sense of aesthetics and contribute to making the world a more pleasant place.

People have a tendency to become unduly invested in the lives of others. This is bad for 33s because they will continue to give to others until they are left with nothing. They are also easily exploited and do not have a good sense of other people's character, allowing others to take advantage of them if they aren't careful.

In terms of style, 33s are more concerned with their personality than their appearance, so they don't put much effort into what they wear. They want attire that is both comfortable and useful, allowing them to get through their day with ease.

What Does Personality Number Mean?

Is 1 A Lucky Number In Numerology?

Your Personality number, which is made up of the CONSONANTS of your FULL Birth Name, is commonly utilized as a filter for both what you put out and who you allow to approach you. It describes the qualities you exhibit publicly and forecasts how people will perceive you before they have a chance to get to know you well.

Knowing your Personality Number may assist you in anticipating how people will see you. It represents the components of your personality that you feel comfortable sharing with others at the start of a relationship, as well as the kind of people and information you let into your heart and mind.

Your Personality Numbers, also known as your Life Path Numbers, Expression (aka Destiny) Numbers, Heart's Desire (aka Soul Urge), and Day Numbers, are one of the Core Numbers in Numerology (the day you were born on).