Natal Sun In The 12th House 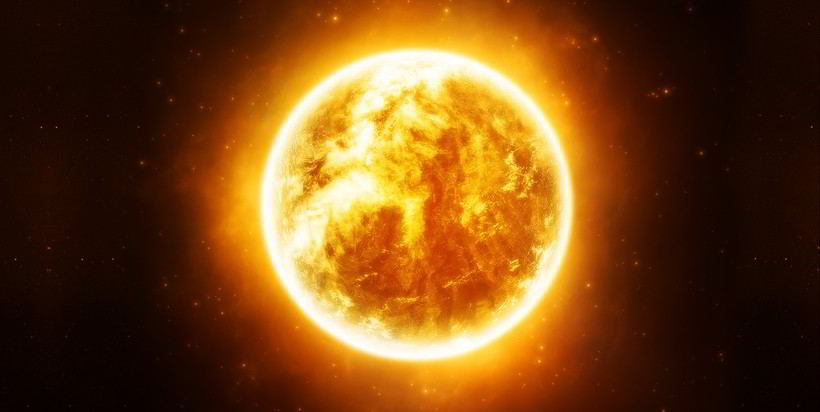 The Natal Sun in the 12th House of Astrology shines his light on this house, causing the native to have no anxieties in the midst of a difficult circumstance. No matter what the issue is, the native will be able to sleep peacefully and will be aware of all of the covert deals that are taking place against him. In Vedic Astrology, the Sun in the 12th House can also transport a native to faraway regions.

The Sun is the master controller of all things living. It signifies the vigor of life, the ego, male colleagues, the soul, exposure, self-esteem, courage, image, reputation, the parent, the government, the efforts made, the source of one's livelihood, authority, creativity, and the illusion of infinity.

Symbolized by the twelfth house include spirituality, institutions such as asylums and hospitals, remote locations, hidden talents, hidden adversaries, hidden treasures, loss of energy, loss of assets, and international interactions, as well as foreign settlements and travel. It is the house that is the most spiritually connected to the divine, according to legend.

Sun is in the 12th house of the natal chart, and the native is likely to be more contemplative and to have a strong connection with the deeper planes of awareness while the Sun is there. This individual is likely to have a religious bent of thought.

The people born under the sign of the Sun in the 12th house are very spiritual. They are supposed to be continually focused on improving their karma. The characters they have gained from previous lifetimes are being reshaped, whether they are aware of it or not, by their actions. It has also been observed that they are more understanding of those suffering from mental illnesses and other unhappy individuals who are suffering as a result of the bad karma that they have accrued in previous lifetimes.

The presence of the sun in the 12th house may elicit a sense of solitude. It is probable that the individual will be disciplined and that he or she will adhere to his or her rules and regulations to the letter. These might be social or religious rules, or they could be personal behaviors that the individual has inculcated and cultivated through time.

Natal Sun In The 12th House

The 12th house is a portal to the collective mind and unconscious, and it is represented as an open gate. As a result, every planet that is placed within the body will provide at least some psychic ability, even if it is uncontrolled and does not emerge frequently. When the Sun is positioned in this position, the situation is precisely the reverse. The individual will have a strong link to the higher regions of awareness, and this connection will be enhanced on a regular basis when they spend some time by themselves. Indeed, the Sun's position in the 12th house indicates a need for solitude. The majority of the time, it will cause someone to become a loner, and the limitation will be enforced by himself rather than by others.

Individuals with this personality type are often reserved, preferring not to be the focus of attention. It is possible for them to become covert benefactors due to the influence of the Sun in the 12th house; they will commonly assist others without attempting to claim any form of credit for their charitable activities. In general, they like to remain in the background, and if the Sun is unfavorably aligned, this might even manifest as agoraphobia. They will typically despise being in large groups of people, preferring instead to be alone with their thoughts. Those born under the sign of Aquarius will like spending their alone time by the sea or a lake, frequently staring into the water as if entranced by the ocean's power. An occurrence that frequently occurs for locals born into this natal locale is being bullied during their infancy.... This is almost certain to occur if the Sun is in conjunction with the asteroid Chiron, which has the potential to cause significant pain to the child's soul.

The placement of the Sun here shows a fascination in psychology and the occult. Even if he is not a licensed psychologist, the native will assume the position of a psychologist in the eyes of others. While he will not receive anything in return, his advise may be just as valuable as that provided by a specialist in the field. On the other hand, he will seldom put the same advise into practice on himself, which is typically related to the fact that he does not have a definite sense of his own personality. Such individuals will perceive themselves as more like souls than as physical beings, and it is for this reason that they may neglect to provide their bodies with the essential workouts and care. When one's natal Sun is in the 12th house, he or she should be cautious about who he or she associates with since these locals have the ability to absorb energy like a sponge. It will be a daily dosage of poison to be around negative individuals in their local surroundings. The fact that they are alone may also be a contributing factor to their loneliness, which is often useful in order to cleanse the affects that other people have on them by simply being there.

In many cases, locals with their Sun in the twelfth house have a father who is either absent or apathetic in his role as a parent. If the native's Sun contains negative elements, it's possible that his father is a drug or alcohol addict as well. The native's father, who has a favourably aspected Sun, is a kind guy who, nevertheless, plays a completely inactive and ineffective role in his life. In spite of the fact that he may be quite empathetic towards everyone, he may be unable to organize his own life and to serve as a strong father figure for the local. In severe situations, the Sun's natal position might prevent the native from knowing who his biological father is. This occurs when the Sun is in an unfavourable relationship with either Pluto or Neptune. Pluto can suggest an early death of the father, while Neptune will create a cloud over him, which might result in orphans or otherwise make the father unknown to the native. Pluto and Neptune are both associated with the father.

If the Sun is in any way related to the career houses, the 6th and 10th houses, the native may find employment in a jail, a hospital, or an asylum, or in any other setting that restricts the freedom of other individuals. If the Sun is connected in some way to the 9th house — the house of religions – the individual may find themselves drawn to monasteries or other religious establishments. It is possible that tough transits will result in the native being confined to a mental institution in certain extreme circumstances, particularly when the Sun is being heavily challenged by "malefics." Of course, this is not the general rule, because else we would have around 10% of the population imprisoned or otherwise restricted in some way or another.

If you have the Sun in the 12th house, remember that you have a physical body as well as a soul. While it is fantastic to develop one's intellect, one's body must be strong in order for the mind to work well and for an extended period of time. Furthermore, you should prioritize your own well-being over the well-being of other people. You must learn to love yourself more deeply in order to be able to love others properly. The act of selflessly assisting everyone is a remarkable act of altruism. Just think about what a difference being in a stronger position would make in your relationship with your loved ones (as well as with the strangers you prefer to aid). Rise up and give that Sun more strength!

In astrology, the Sun represents the individual's essence. This can be interpreted in the broadest and most generic sense of the term "read." The term "soul" refers to one's deepest and most authentic essence, as well as to the ultimate meaning of one's identity, inspiration, and desire.

Surya represents one's most fundamental characteristics, such as one's sense of self, ego, self-esteem, a feeling of purpose, and so on. In life, the energies and conditions that occur as a result of the Sun's placement in a horoscope, as well as any influences that the Sun receives, will manifest themselves as profound, long-term patterns and processes that have an impact on one's whole life experience.

The astrological scenario for natives of the Natal Sun in the 12th house is not straightforward, in contrast to the scenario (of the Sun's presence) in the majority of other houses. As they progress further into the realms of mind and awareness, they are confronted with the most complicated reality that there is in the entire universe. The situation can, on the other hand, provide individuals with a perfect chance to raise their spiritual levels and achieve marvels for themselves and society as a whole.