How To Cast A Lust Spell? Is It Even Possible? 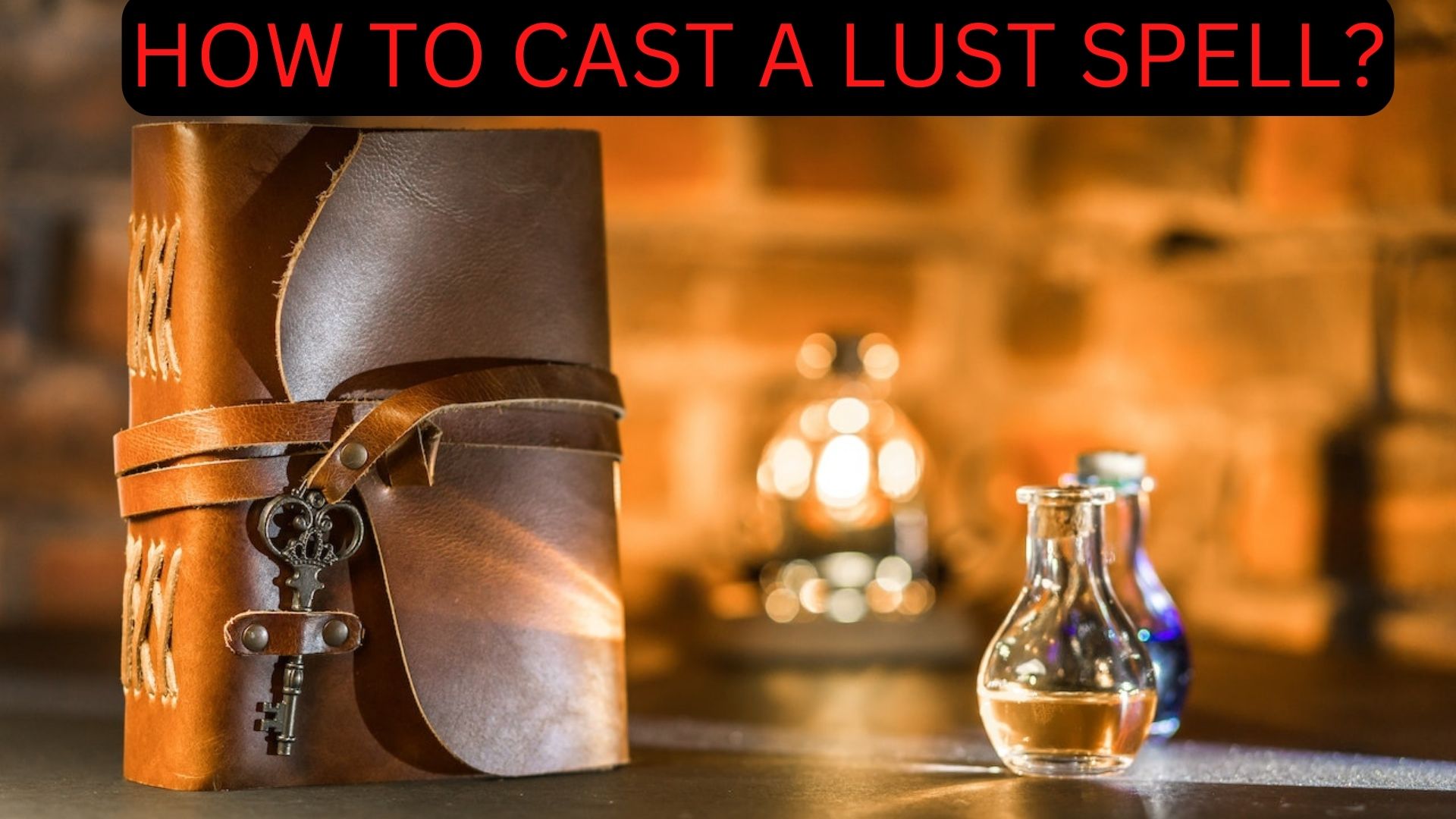 How to cast a lust spell? Everyone, regardless of socioeconomic status, age, gender identity, sexual orientation, or identifying group, is thinking about love. Even though it's the one thing you all want more than anything else, love can also be mystical and magical, like the lust spells that witches perform in fairy tales.

Now that we're talking about magic like that, you may be wondering, "Is that even possible?" Asking, "Do those things truly work?"

What Are Lust Spells?

Let's start with the basics of what a spell is and how it works before you go into the specifics of how to cast a spell. If you want to change the world for the better, you can cast a spell, which is an outward manifestation of a mystical goal. 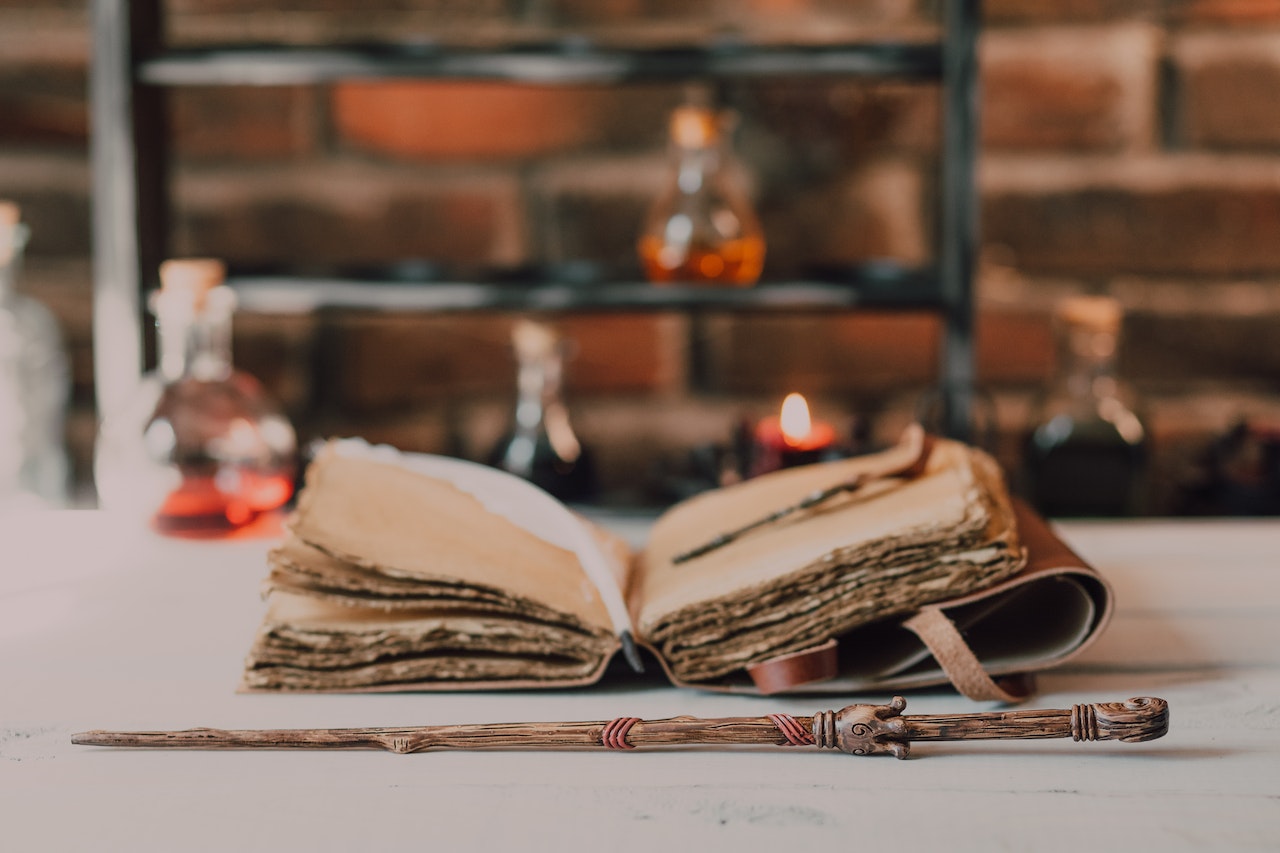 Close-Up Shot of a Wand beside a Spell Book

More About How To Cast A Lust Spell

Every spell needs a magical connection to work because it is a basic principle. Because of this, it is important to include a symbol of what you want to happen in the spell casting process.

If you want someone you know to fall in love with you, for instance, a key part of your ritual will be to have a photo of them or to write their name down on a particular piece of paper alongside specific pertinent symbols.

It's important to remember that if all it took to cast a lust spell was to say the right words, then anybody could do it. Intention, or force of intention, is what makes a spell effective. Or the mental discipline to focus on a certain goal until that goal appears in the real world as if it were made by a separate force.

Honey jar magic is the most commonly used lust spell for strengthening bonds of affection and trust between two individuals. This spell is intended to deepen the connection between committed partners.

For good reason, it's nicknamed "sweet" because of its association with palatable things. The honey jar spell centers its power on the mutual attraction of its targets. It is said that reciting this charm will cause a couple's love to blossom.

How To Cast A Love/Lust Spell

How To Cast A Honey Jar Spell?

The other person's name should be written three times on a blank sheet of paper. You each need to flip the page over and write your names three times so that they overlap. Put your full concentration on the magic by closing your eyes.

Then, after giving it some serious thought, write the desire down so that it encompasses both names. Then, after you're finished, fold the paper and store it in a honey jar. Put the paper in after dipping your fingers in honey.

Take your fingers away from the honey and repeat after me, "Just like this honey is delicious, that's how he/she will be for me." Now wipe your hands clean of all the honey and place the lid on the jar. Place a candle in the jar, but pick the appropriate one!

When the moon is full, it means the trip is over. Here, we're referring to your experience of being single. If you've grown weary of the search, this charm can help you find true love. The powerful feelings prompted by a full moon are infamous for wreaking havoc on people's psyches.

You may turn that to your advantage with the assistance of this spell. Has anybody ever told you about the Law of Attraction? What you put out there in terms of energy is what you get back multiplied many times over.

Instead of dwelling on your loneliness, think about how much better your life would be with a partner and how much more love and support you would feel. This spell needs that additional oomph of energy to get going.

How To Cast A Full Moon Lust Spell?

Make a list of all the features you're looking for in a partner. You're free to go into as much depth and detail as you desire. If at all possible, hold off until the moon is in one of the earth's signs. Any full moon will suffice, though, as long as your intentions are pure.

The energy of the sign in which a full moon occurs is always amplified. This spell will work best during earth moons because you are using rose petals, which are earthy, and you want to make a connection with the earth.

Following the recording of your positive traits, you can keep the folded paper close to your chest. Take the rose petals and head outside. Allow the petals to fall gradually. Repeat the mantra "Come to me" over and over in your brain or out loud as you do this.

How To Cast A Lust Spell?

All spells have to have a magical connection between their parts for them to work. This is a basic idea.

What Is A Full Moon Lust Spell?

People's minds are notoriously messed up by the intense emotions brought on by a full moon.

How to cast a lust spell? Like love, magic may open up incredible opportunities, but it also calls on you to be at your very best. With the help of the lust spells presented in this article, you may mold yourself into the type of person who can have a magical and loving existence.

To go to the stars, however, requires that you first seek the light inside. In emotional concerns, it's easy to become lost in the gloom and fail to see the forest for the trees, but some can point the way out of the shadows.