Holy Number 7 - The Biblical Idea Of Wholeness And Perfection 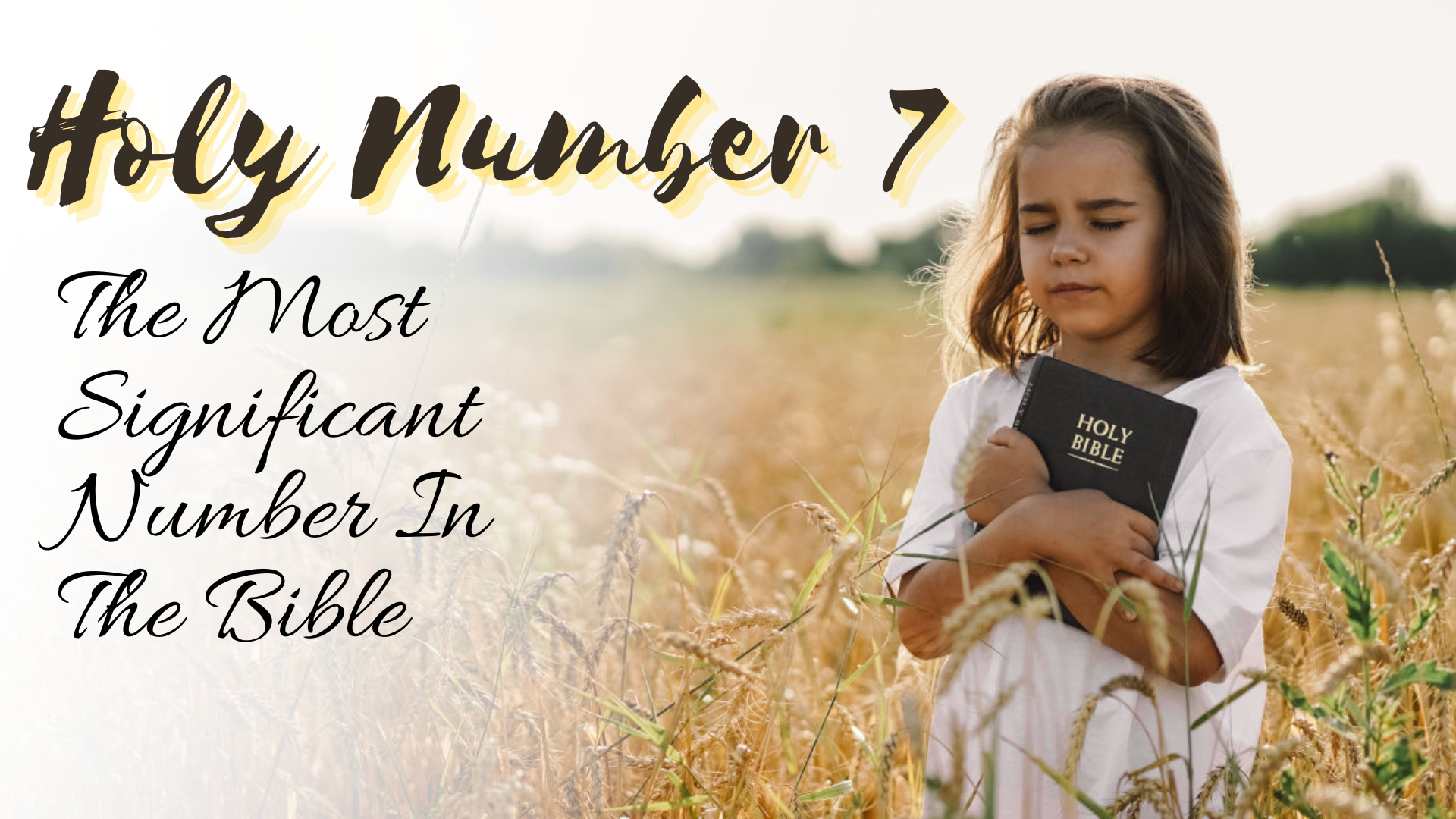 Many people consider the number 7 to be a lucky number, but it is also believed that this number has a deeper meaning and significance in the Bible. The Holy Number 7 is prominent in the Bible, appearing over 700 times.

The Bible was originally divided into seven sections. The divisions were as follows: 1) the Law; 2) the Prophets; 3) the Writings or Psalms; 4) the Gospels and Acts; 5) the General Epistles; 6) the Pauline Epistles, and 7) the book of Revelation.

Originally, the total number of books in the Bible was 49, which is 7 x 7, demonstrating the incorporation of seven into the Word of God.

The number seven connotes concepts such as completion and perfection, exoneration and healing, and the fulfillment of promises and oaths, from the seven days of Creation to the many "sevens" in Revelation.

While the Bible is full of examples of how the number seven is used, this article will teach you everything you need to know about this Holy Number.

The Holy Number 7 In The Bible

Why the Number 7 Is a Holy Number

In the Bible, the number seven frequently represents completion or perfection. According to Genesis, God created the heavens and the Earth in six days and rested on the seventh day (Genesis 1; 2:1-2).

Based on this cycle of work and rest, God instructs us to work for six days and then rest on the seventh day, which God designated as the holy Sabbath (Exodus 20:9-11).

The number seven also represents completion at the Crucifixion, when Jesus spoke seven statements from the Cross in agony as He finished His earthly duties.

When asked how we should pray in the context of perfection, Jesus spoke in a group of seven (Matthew 6:9-13). In response, Jesus gave us the Lord's Prayer, which is unquestionably the best way to pray given that the words came from Christ Himself. The Lord's Prayer, in particular, contains seven petitions.

Furthermore, King David used the number seven to describe the flawless nature of God's words when he wrote that the Lord's words are "like gold refined seven times" (Psalm 12:6). Similarly, when the prophet Isaiah described the coming Messiah, he listed seven characteristics that the Savior would possess (Isaiah 11:1-2).

The number seven is also associated with forgiveness and healing. According to Deuteronomy, the Israelites were to cancel all debts owed to one another and free their slaves every seventh year (Deuteronomy 15:1-2, 12).

The number seven is also associated with the fulfillment of promises or oaths. In fact, the Hebrew words for swearing an oath (Shaba) and seven (Sheba) both derive from the Hebrew word for satisfaction.

The Significance Of Holy Number 7 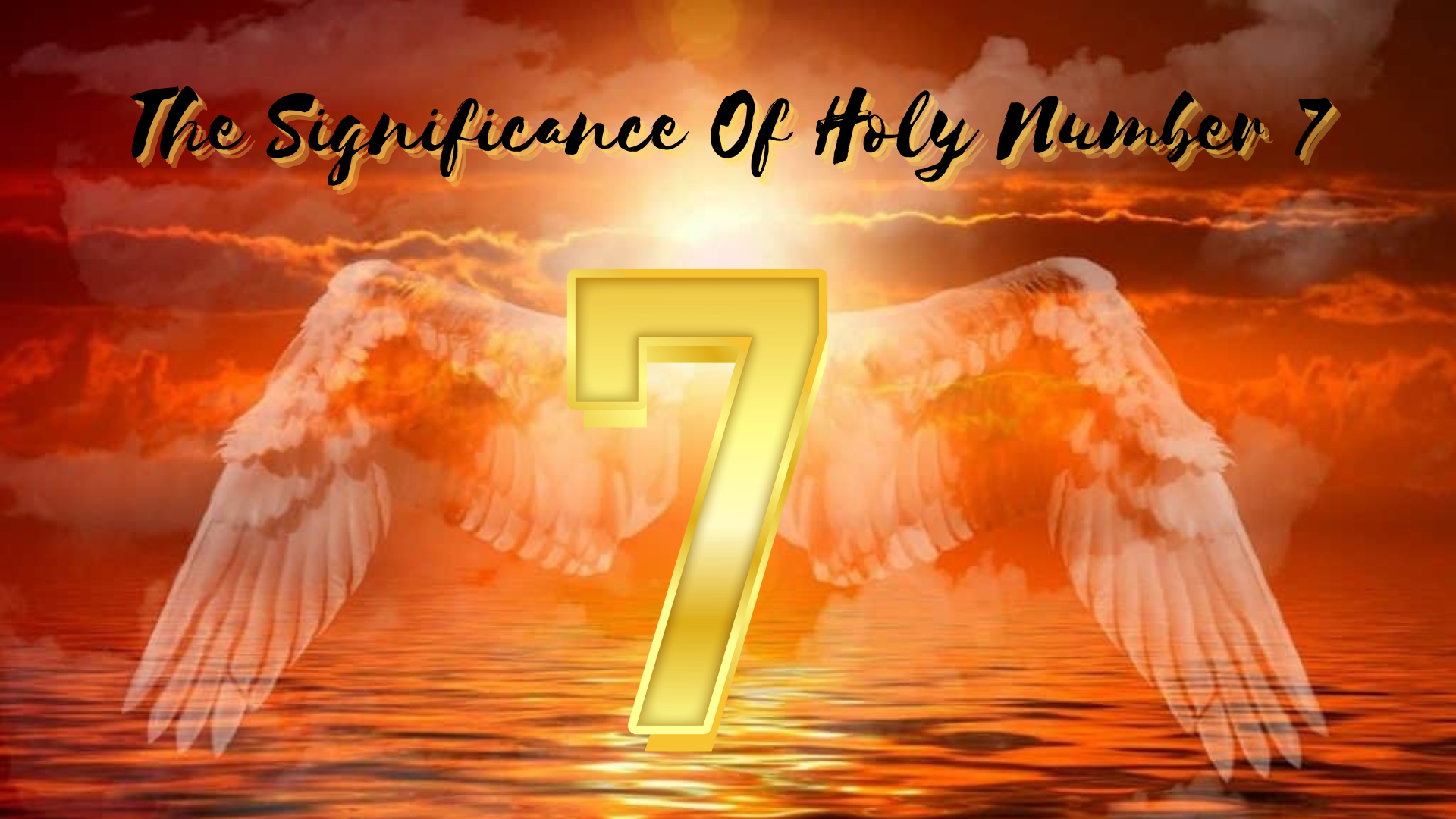 Seven is a sacred number that frequently represents completion or divine fulfillment. God has used the number seven for Jewish festivals numerous times throughout Scripture, and he isn't done yet.

We will see the fullness of seven in the seventieth week of Daniel, as well as the various sevens mentioned in Revelation that have yet to occur.

Overall, we should keep in mind that not every seven mentioned in the Bible is a holy seven. When it comes to biblical symbolism, we should always proceed with caution and compare everything to Scripture and the original context.

However, when we read the Old and New Testaments, we can see God using numbers to bring about his kingdom.

We can see the intricate patterns that God has used throughout history, Scripture, and the future by analyzing this number.

Number seven suggests that the divine plan here is simple and easy to follow; be a good example to others on Earth, and expect to be blessed beyond your wildest dreams by the Lord and the divine realm. The number seven also represents wisdom, rest, determination, and discernment.

The Meaning Of Holy Number 7 In Daily Life 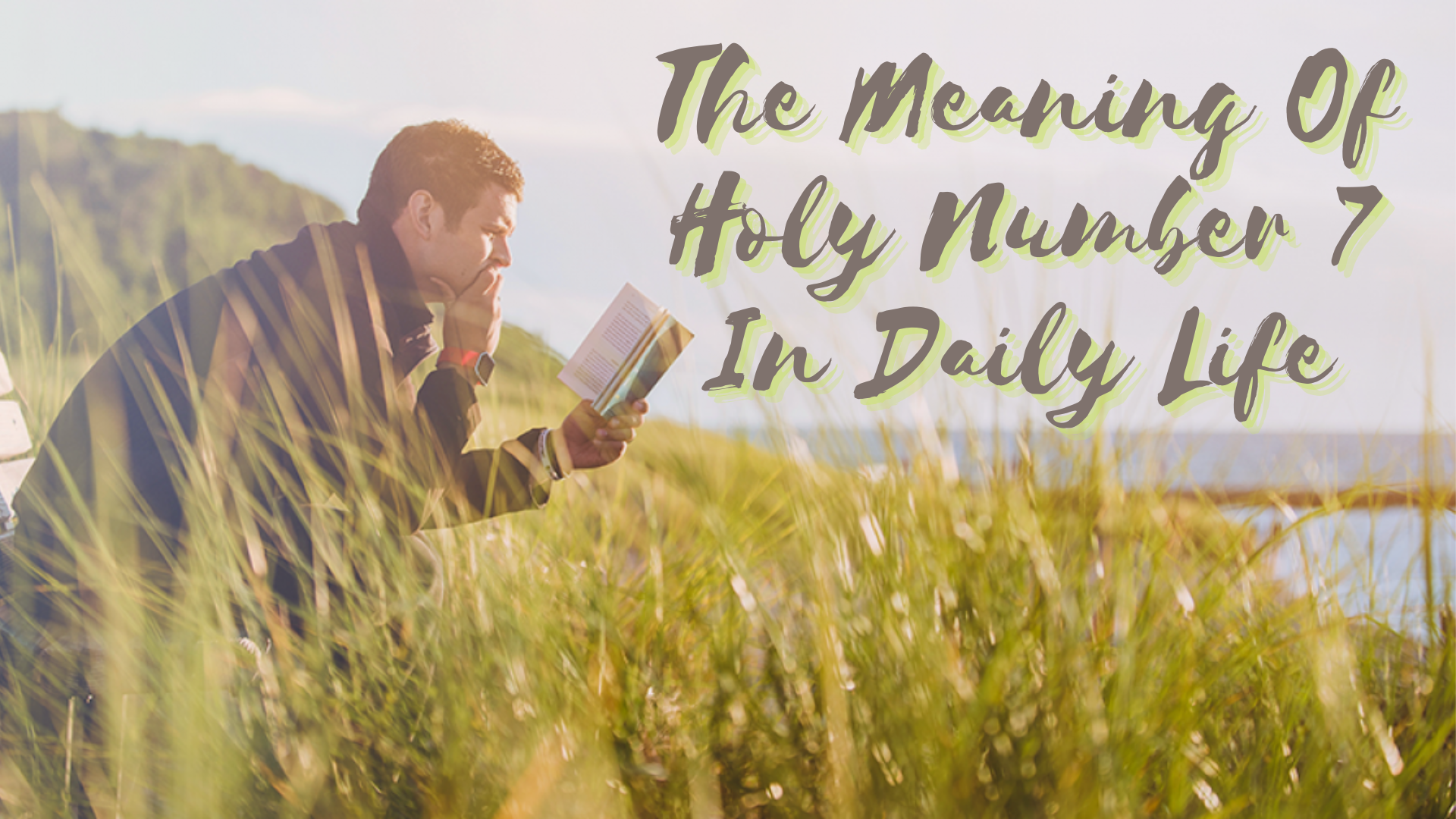 A man reading a Bible while sitting in the grass

If you see the holy number 7 frequently—six or seven days a week, you have to count your blessings. The number 7 suggests that you be satisfied with yourself.

When you see this number, take it as a sign that God and the celestial beings are keeping an eye on you. They are available 24 hours a day, seven days a week to provide you with support, care, love, protection, and guidance.

The odds appear to be stacked in your favor in this case, as the Higher Powers work tirelessly behind the scenes to ensure your total happiness and peace on Earth.

Number seven also encourages you to be thankful for all of the good things in your life. They could be taken away from you in an instant if you take them for granted and do not express your gratitude, duties, and services to God.

The significance of the number is central to the bible's message. In the first book of the Bible, Genesis, God establishes the precedent for the number seven by resting from His work of creation at the beginning of all things as we know them.

In the final book of the Bible, Revelation, God wraps up time and creation. God completes His mystery (which was the revelation, incarnation, death, and resurrection of Jesus Christ). The seventh angel's voice begins the mystery's resolution.

From the beginning of creation in Genesis to the end of the age in Revelation, God uses the number seven. He explains that the number seven represents wholeness, completion, and perfection.

In his complete victory over death, sin, and Satan, Jesus Christ represents the ultimate number seven. Every unbeliever must accept Jesus as their Lord and Savior because His work on the cross is the final work required for eternal life.

Because all understanding of God and His ways comes through Jesus, every believer needs to draw closer to God through Him.

Why Is Number 7 A Special Number?

Many myths and folklore are based on the lucky number 7. Ancient beliefs all over the world held that the seventh son of the seventh son would be endowed with magical abilities (both good and evil). According to the Bible, God created the world in six days and rested on the seventh.

For the attentive Bible reader, the concept of rest and the number seven are inextricably linked. God came to an end on the seventh day. The number "seven" in Hebrew has the same consonants as the word for completeness or wholeness.

What Is The Power Of Number 7?

Seven represents humanity's deep inner need for depth, meaning, and spiritual connection. When the creature's basic needs for food, self-expression, and material and domestic accomplishments have been met, we turn to the higher levels of life to learn, educate ourselves, and find meaning.

In the Bible, the holy number 7 is the most important symbolic number. It conveys not only the number 7 but also the concept of wholeness and perfection in many contexts.

The number 7 has come to represent holiness as a result of the identification of the Israelite God with perfection. After all, it represents balance, perfection, and foundation. Some people even consider the number seven to be the number of God, so treat it with reverence.