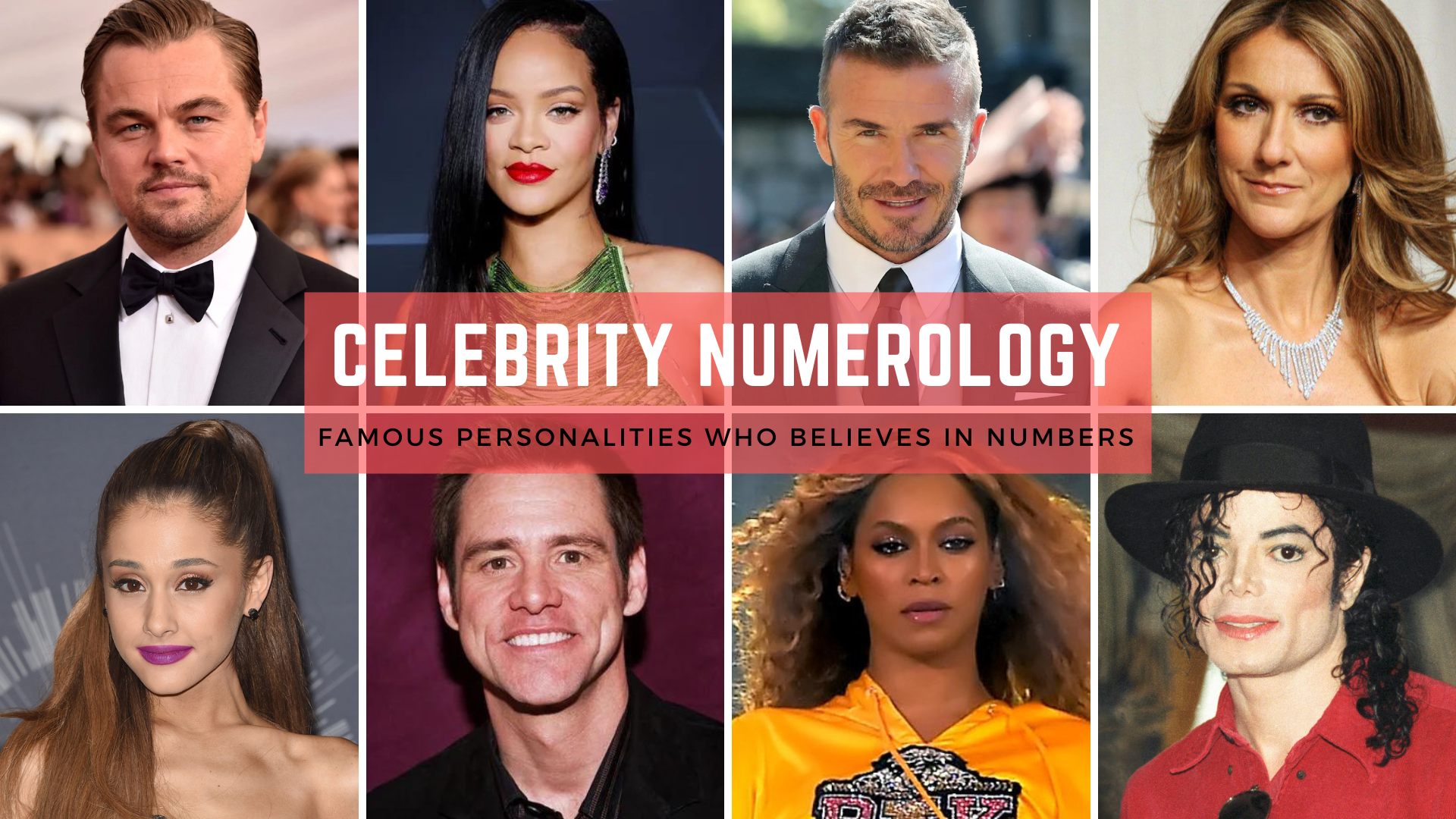 People nowadays, whether commoners or celebrities, want something to guide them through life. This is where numerology enters the picture.

Celebrity Numerology works wonders. There are a number of celebrities who have made minor and major changes to their names only to find long-term success.

Numerology reveals your potential and predicts what you will achieve. It aids in goal setting and future planning, as well as reassuring you that you are on the right track. It's no surprise that celebrities believe in the power of numbers.

An Overview Of Numerology

Numerology is the study of the impact of numbers on your life. You can learn a lot about the world and about yourself by using numerology. Number meanings can then be used to better understand the world and ourselves.

You can learn more about your purpose and personality by determining your life path number, expression number, and heart's desire number, among many others.

Numerology can help you figure out what you're capable of. It assists you in making future plans, and it gives you confidence that you are on the right track.

It also allows you to plan for future problems and see what opportunities are available to you. It makes no difference whether you believe it or not; what matters is that you have an open mind.

Numerology meanings assist us in comprehending the overall energy of our lives as well as the energy surrounding each life area. Numerology birthday meanings illuminate our life path and destiny number meanings.

Numerology love readings are used to determine how the dominant, prominent numbers in two people's lives interact, as well as the type of relationship they define.

Numerology can help you determine the type of relationship you have and can have, among other things. The partners you attract can help you better understand yourself, and you can see this clearly using your own numerology report. 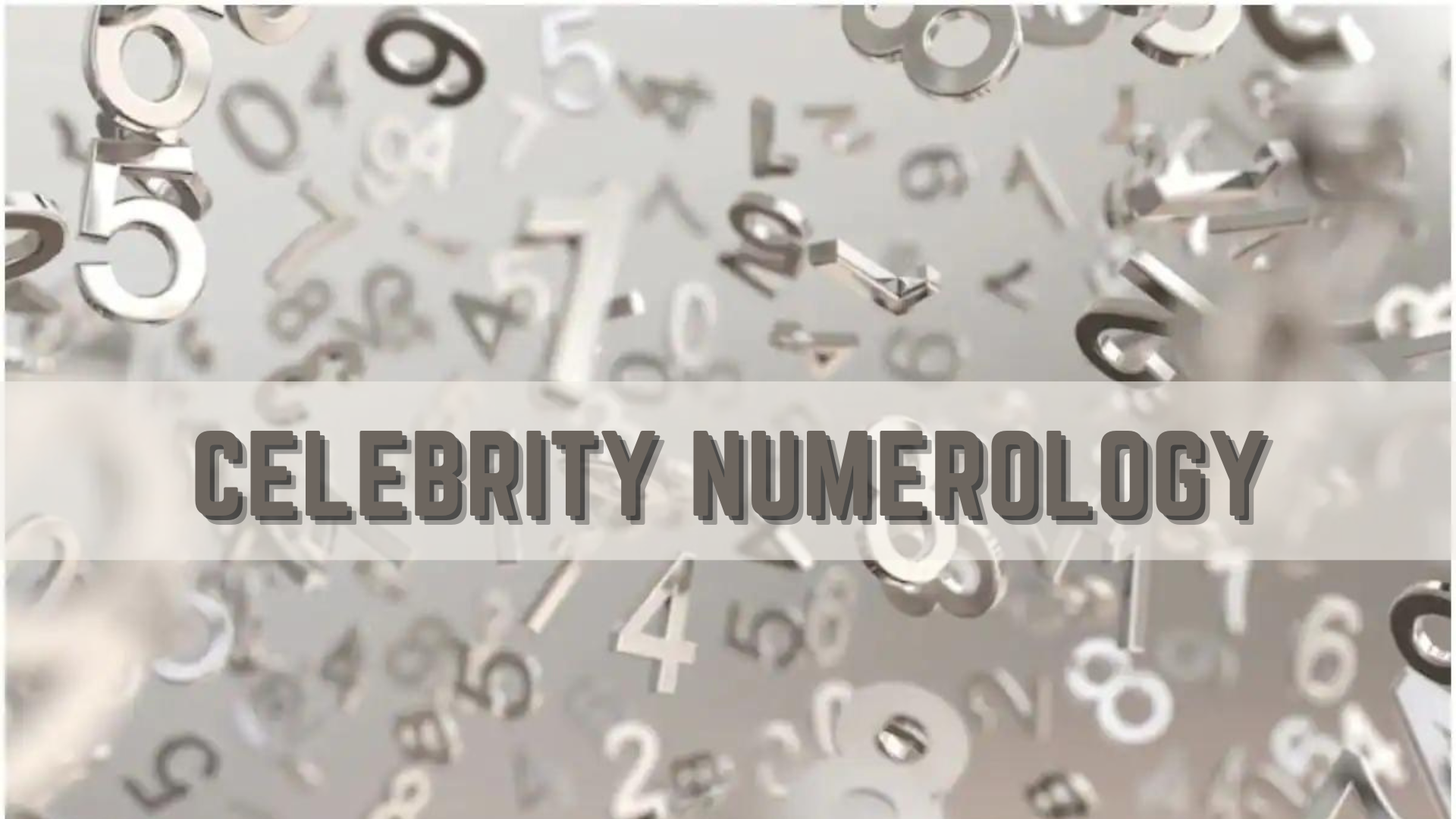 Many celebrities have made it a point to consult numerologists in order to learn as much as possible about themselves. Let's look at some well-known celebrities and their numerology insights.

Leonardo DiCaprio is synonymous with the number "7." Leonardo's charts show very clearly that choosing this life path helps him in his quest to seek further answers and reveal facts to the world.

He is deeply committed to finding solutions that enable people to see the facts and shift into a new perspective that they may have previously overlooked. Those who know or have worked with him say he makes sound business decisions and is well-liked. One of his main life goals is to gather facts and construct the truth.

Jim Carrey was born at 2:30 a.m. according to his fans. He discussed how this specific role in the film "23" influenced him and helped him understand a new side to numbers that he never thought made sense.

He also changed the name of his company to match with numerology and claims that "23" holds a special place in his heart.

You'd never guess that this celebrity is also a fan of numerology. She is extremely creative, which is evident in her music.

She defines her life goals and direction as the creative person she was born to be. Rihanna is very conscious of her actions and of herself. When she makes life decisions, she keeps her fans in mind and is only full of determination. Her numbers show that she is a true talent.

David Beckham was said to be fascinated by the number '23' and how it relates to everything in life. The number is tainted by their famous couple and chemistry, David and Victoria Beckham, his wife.

It was also assumed that this was the reason he changed his jersey number from 7 to 23 when he first joined Real Madrid.

Number 4 piques Beyonce's interest. She also had an album named after that number. Beyonce had it tattooed as well.

Many other celebrities also believe in numerology. If you're curious about your favorite celebrity's life path number, simply enter their birth date into the calculator and see what happens.

Celine Dion personal identification number is 3. She leads a life that corresponds to the life path number three. She's very creative and can express herself quickly. She, like many talented people, authors, and musicians, belongs to this group.

Their most valuable asset is talent. They are also extremely intelligent and do not mind engaging in meaningful discussions with other people.

Michael Jackson was fond of the numbers 1 and 7 because he believed they were auspicious. This is thought to be due to the fact that both his first and last names have seven letters.

He used his creative imagination as a Life Path 6 to bring people together in peace through his music. This path is all about finding balance, and he helped others find it through his pop music, which uplifted and healed them with sound.

Ariana Grande has been open about her Kabbalah and Numerology beliefs. Her life path number 9 leads her to be spiritual and kind.

Her career will always revolve around assisting others. She's not in it for the glory. Instead, she wants to use her money to help others and improve their lives. She hopes that her music and charitable work will contribute to the healing of the world.

What Is Numerology Used For?

Numerology is the branch of Astrology concerned with self-discovery and prediction. It assists you in discovering the world's hidden meaning. It can serve as your personal guide to life, your chances of becoming something, and your strengths and weaknesses.

What Celebrities Have Life Path Number 9?

Numerology has some powerful psychology behind it, both in fiction and in real life. When it comes to physics, numbers are real. Knowing one set of numbers can tell you what a future set of numbers could be if you have the right theory.

Even though many people did not believe in numerology in the past, it now has the respect of some of the world's most famous people.

Celebrity Numerology could be a way to encourage famous people to move forward, give them more control over their lives, or give them faith in a future that has been promised to them since birth.

Celebrities from all over the world have changed their names and careers in response to their life path number. This may appear insane to you, but perhaps it takes a little crazy to become something great.