Biblical Symbolism Of Number 400 - A Divinely Perfect Period In Scripture 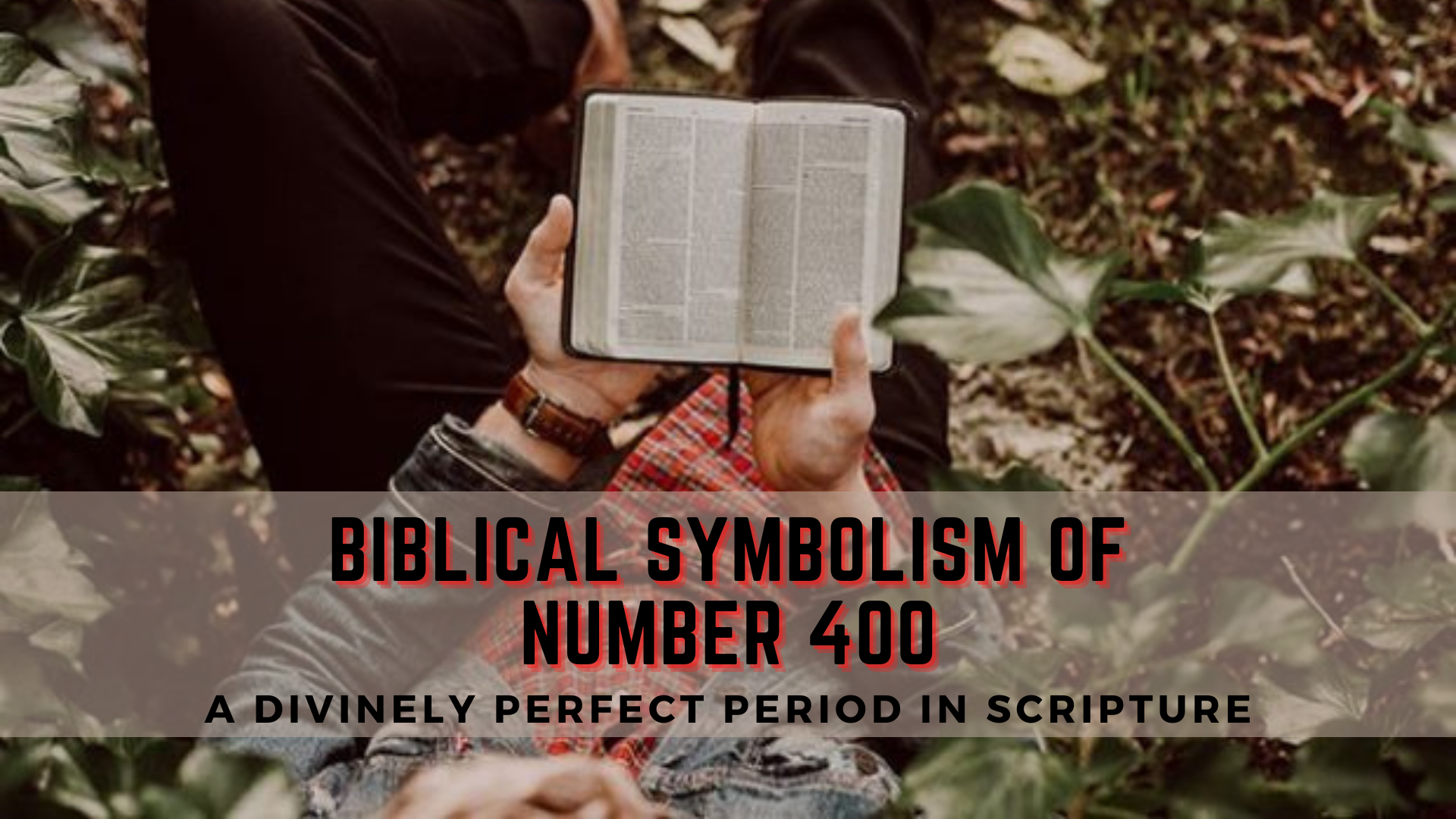 Numbers in the Bible, like everything else on God's green earth, have hidden, long-held biblical meanings.

The early Church also believed that only by reading biblical numerology could one comprehend the hidden, disguised words of the Almighty God.

This article will concentrate on the Biblical Symbolism Of Number 400 and what it means in people's lives.

Continue reading to learn more about biblical numerology 400 and discover the actual meanings of these significant numbers in the scripture. 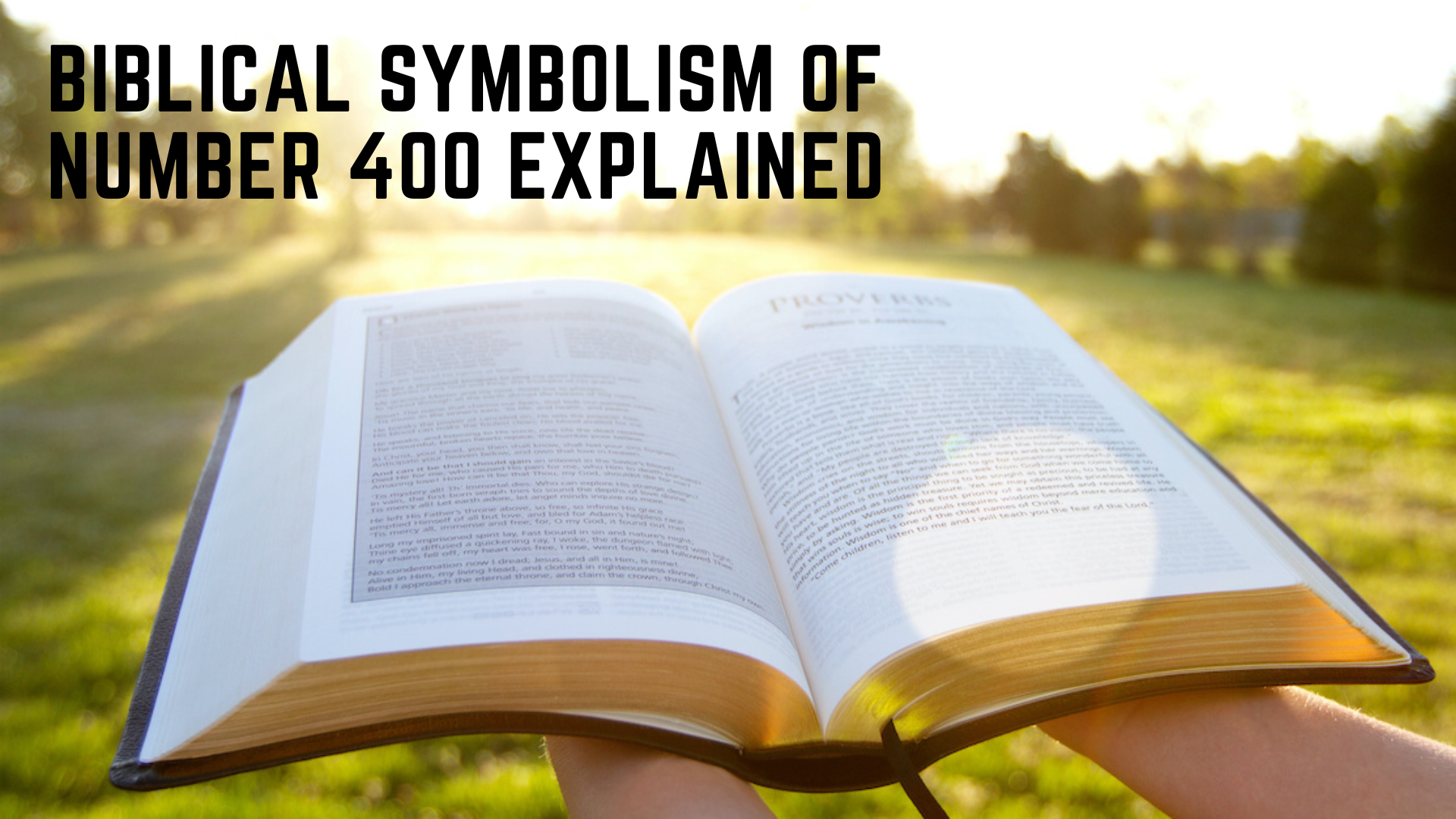 In Scripture, the number 400, which is calculated by multiplying 8 by 50, has the meaning of a divinely perfect period.

God revealed to Abraham after making a covenant with him that his descendants would be afflicted in a foreign land for 400 years. Following this period, the Eternal promised to bring them back to Canaan.

"You must surely know that your seed shall be sojourners in a land that is not theirs, (and shall serve them and they shall afflict them) four hundred (400) years. And also I will judge that nation whom they shall serve. And afterward, they shall come out with great substance . . . But in the fourth generation, they shall come here again" (Genesis 15:13 - 14, 16, HBFV).

The 400-year count, which is also mentioned in Acts 7:6, began with the confirmation of the covenant to Abraham's seed through Isaac (Genesis 22). This occurrence occurred in 1845 B.C. The Israelites are released from Egyptian slavery 400 years later, in 1445.

David, fleeing King Saul's wrath, ends up in a cave near Adullam. Four hundred men gather in his support while he is residing there (1Samuel 22:1 - 2).

One day David sends ten of his young men to a wealthy man named Nabal in order to request food. Nabal rudely responds to David's request and sends the young men away empty-handed. David's response is to gather four hundred of his fighting men in order to attack and destroy Nabal and all the males who serve him. Abigail, Nabal's wife, learns of her husband's folly and is able to turn away David's wrath (1Samuel 25).

Persian King Cyrus allows captive Jews to return to Jerusalem and rebuild the temple destroyed by the Babylonians. According to the Bible, after God's temple is rebuilt, it is rededicated with an offering of 400 lambs and a number of other beasts (Ezra 6).

The Biblical Core Meaning Of Number 400 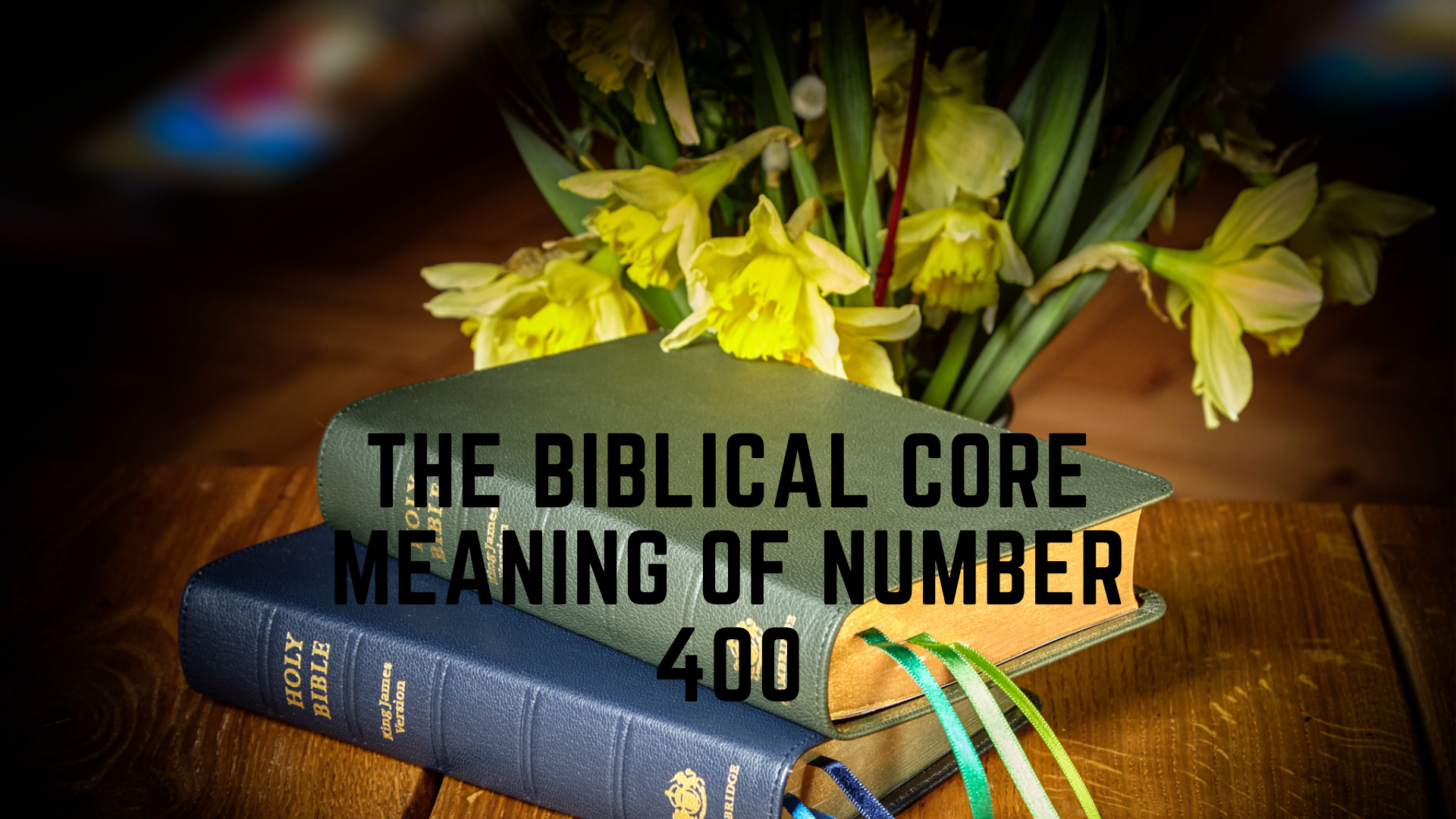 Two Bibles and yellow flowers places on a wooden platform

The number 400 is formed by combining the energies of the numbers 4 and 0. The number 0 appears twice in the number 400, which increases the number's strength and influence. This number represents your spiritual path.

It refers to the desire for a strong connection between yourself and the divine world. This number also represents the various stages of your life, ending one phase and beginning another.

The number 0 represents new beginnings. It discusses leaving the past behind in order to begin a new chapter in your life. This number is associated with cycles, wholeness, and infinity. It represents the energy of the divine realm as well as the energy of God.

The number four represents hard work, never-ending effort, patience, persistence, dedication, and determination. It discusses your passion, the power of inner wisdom, and your honesty. When you see this number, it means that your guardian angels are appreciating your efforts.

The life you desire can only be obtained through hard work and unending sacrifices. It's also a wake-up call that a bright future cannot be guaranteed if you don't put in the effort. This number is also a symbol of the Archangels, representing their assistance, support, and protection in your life.

Appearances Of Number 400 In The Bible

Sarah, Abraham's wife, is the only woman in Scripture whose death age is given (Genesis 23:1). When she dies at the age of 127, Abraham purchases a cave in Machpelah (Hebron) for 400 shekels of silver (verses 3 - 20). The cave is then used as a burial site for his beloved wife.

After hearing of a heinous crime committed by some men whom the tribe of Benjamin refuses to release for punishment, four hundred thousand (400 x 1,000) Israelites arrive at Mizpeh (Judges 19, 20).

The tribe of Benjamin eventually pays dearly for their foolish decision, with almost all of their fighting men, as well as the majority of the people living in their territory, being executed. A lone holdout of 600 Benjamite men is offered 400 virgins as wives in order to save the tribe (Judges 21:12 - 14).

Approximately twenty years later, Jacob and his family begin their journey back to Canaan. He soon discovers that Esau and 400 men are approaching him (Genesis 32:6). He divides his clan into two large groups and prepares a large gift for Esau.

The Jewish Sanhedrin is advised by well-known Rabbi Gamaliel to leave the apostles alone and not punish them for their teachings.

He wisely advises that if what they are doing is not of God, as was the case with the 400 men who supported a man named Theudas.

400 is a friendly reminder of a new cycle in your life, as well as your spiritual growth. In the meantime, show patience and understanding to the Universe and the Ascended Masters. Never be concerned, but be grateful that 400 has good thoughts for you.

In summary, the 400 number guarantees a large reward, so keep your hopes up. Divne power have recognized your dedication and perseverance, and it is now time to reap what you have sown.

The biblical significance of the number 400 can assist you with your soul mission, confidence, and passion. The Archangels have your support because of your enthusiasm.

You will eventually begin to receive positive energy from the Spiritual world as well as the Universe. Starting now, the blessing should be your second best name.

Furthermore, the Higher Powers adore you from the bottom of their hearts. In that regard, stay loved and worry-free. Divine power requests that you consider the number 400 love in order to share it with others.

Number 400 clears the path of worries right now. It accomplishes this by assuring you that you will be able to overcome any obstacles that may arise.

Why Do You Keep On Seeing Biblical Number 400 Everywhere?

It's a clear indication that divine power wants you to notice its presence. That is the primary reason why the number 400 appears on your phone number, time, and license plates, among other places.

What Do Biblical 400 Means In Numerology?

The 400 meaning numerology is derived from the composition of three numbers, one of which appears twice, demonstrating its influence on the overall energy of these numbers. The number 0 boosts the strength and power of other numbers, and the number 4 is one of them. When we add these three numbers together, the number 400 gains double the power.

What Does The Number 400 Mean Spiritually?

400 is a friendly reminder of a new cycle in your life, as well as your spiritual growth. In the meantime, show patience and understanding to the Universe and the Ascended Masters.

In conclusion, the biblical symbolism of 400 is a strong foundation for good things to come. Divine's message is that you use your leadership skills effectively, which leads to you influencing others. Many people need your motivation.

In short, 400 interpretations ask you to follow your intuitions as well as the Divine's instructions. Remember that your inner voice has the answers to all of your long-listed questions. As a result, the 400 number indicates that you align your desires and goals with what you believe and think.