Beltane Ritual - Time To Celebrate The Rites Of Spring 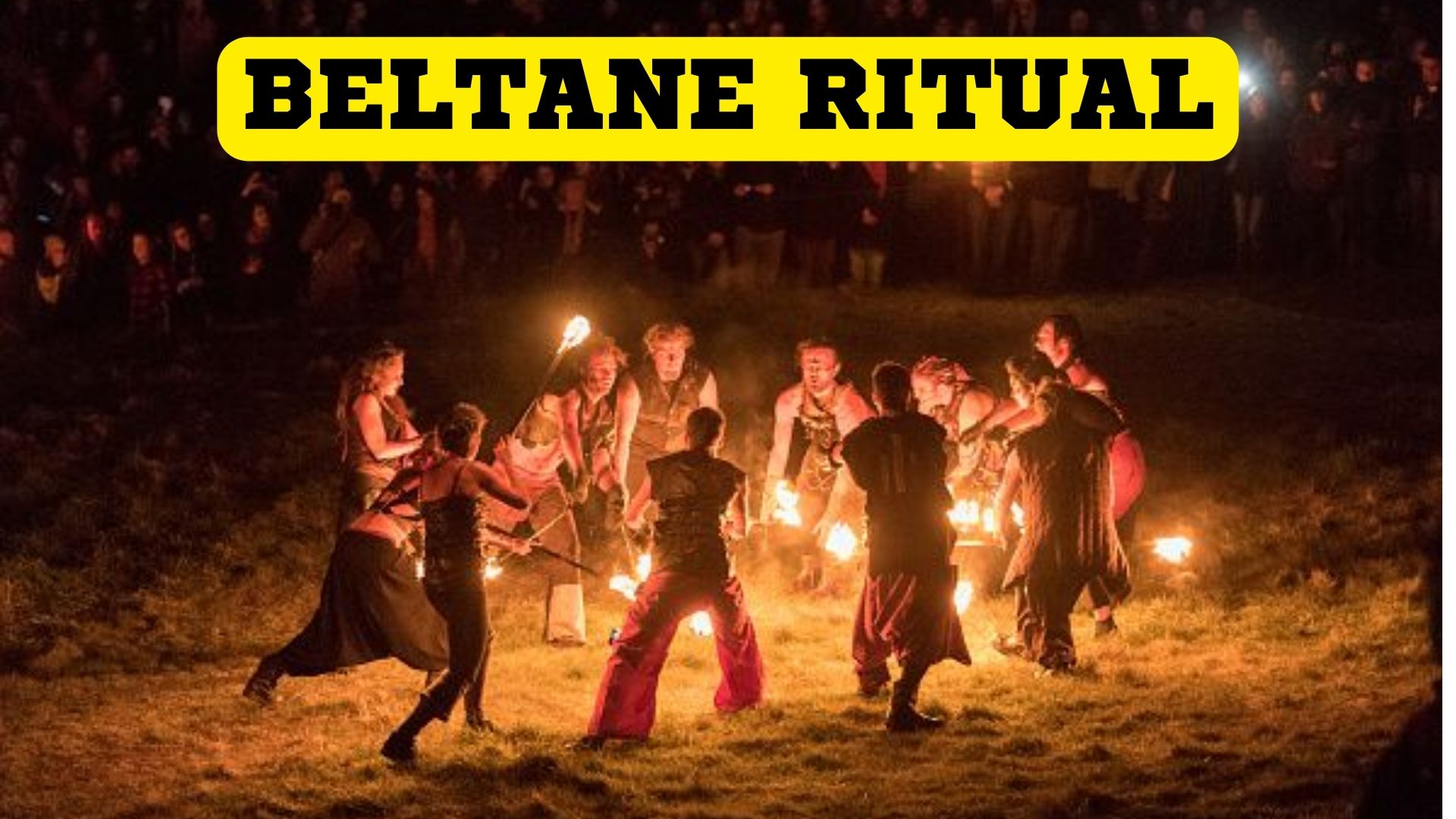 One of the eight Sabbats is the Pagan celebration known as Beltane. It occurs around midway between the next summer solstice, Litha, and the spring equinox (Ostara). The Beltane ritual honors the pinnacle of spring and the approaching summer. The celebration of this holiday often includes bonfires, maypoles, dancing, and fertility rites. The Celtic term for Beltane means "the flames of Bel."

Most likely, Bel was referring to Belenus, the Celtic sun deity. The Celts used to start two bonfires because they thought doing so would make them more fertile and cleanse them. They would move livestock between the two flames in the hope that doing so would cleanse the animals and guarantee the herd's fertility. Even though this ceremony is no longer carried out, pagans still light bonfires and perform fertility rituals on this day in contemporary times.

This period, which represents the planting season and is regarded as a time of peak fertility, is traditionally observed by Celtic neo-pagans to recognize on May 1st, the halfway point between spring and summer. Now that the Spring Equinox and Summer Solstice have passed, you are halfway there.

You perform a handfasting, or marriage ritual, in celebration of the God and Goddess of spring during Beltane. The couple was said to have been apart all winter and were reunited in the spring. Today, at Beltane, you commemorate their reunion with food, wine, and multicolored maypoles that represent the feminine forces around the male body. 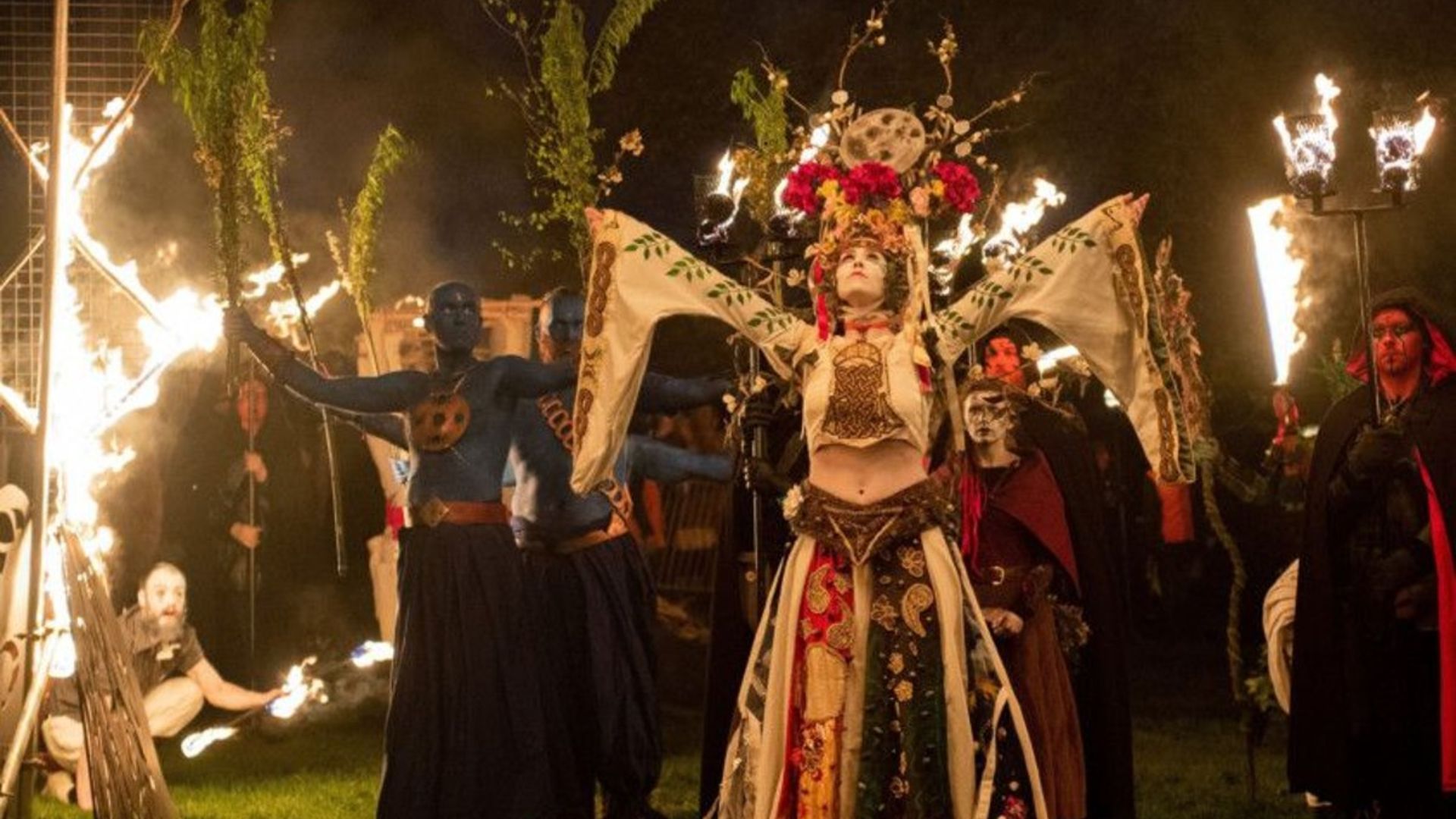 How To Celebrate Beltane Ritual?

There are several Beltane rites that may be practiced in groups or alone. Here are a few of my favorite Beltane celebrations to celebrate the springtime fecundity.

Traditionally, people used this period to carry out protective rituals for their crops and cattle. This may be accomplished by building a bonfire whose smoke, like a massive smudge stick, spread protective energies throughout the landscape. The "Beltane fire festival" is what this is known as, and it is still one of the most popular Beltane customs. It originates from a Celtic annual ritual from the early Iron Age.

The maypole was seen as a phallic emblem and was built to symbolize powerful Beltane benefits from the deity above by entering the ground. In traditional May Day custom, a garland of flowers would be hung from the top of the maypole to represent the goddess' fertility.

In the traditional dance, young men and women would circle and weave with one another around the pole while clutching ribbons of various colors. By the conclusion of the dance, the spun ribbons would have formed a sheath that encircled the maypole and symbolized the earth's womb.

One individual may be in charge of conducting the ceremony, or couples may alternate reading these lines. Have it ready if you want to read anything to your partner.

The ritual of handfasting was formerly used to connect two lives together. The hands of a pair could be tied with ribbons that stand for certain traits, such as crimson for desire and blue for communication. Pre-tie some ribbons so that you may slide them over your hands by gathering or braiding them.

Or, choose to just clasp your hands together symbolically. Face each other, lay your right hands together, followed by your left palms on top of them. This causes your hands to form the figure eight or infinity sign. It represents enduring love.

Shower Each Other With Loving Words

Say kind things about your companion and pay appreciation to them. You have the option of speaking from the heart or writing your ideas down to read later. Consider all the things your spouse has to offer and the reasons you are thankful for them. Consider all the joy you have had together.

Put your right hand on your partner's heart chakra when you're ready to speak, look them in the eyes, and express how much you love them. Send strong, uplifting words of love and thanks to your partner. Please feel free to offer a poem or reading as well. Say "So mote it be" to end when you're ready.

What Is A Beltane Baby?

A baby born on Beltane is known as a Beltane baby.

What Do You Wear To A Beltane Celebration?

Green represents rebirth and progress. As a result, you wear green in an effort to encourage fertility and development in your life.

What Is The Night Before Beltane?

It's called Walpurgis Night, Hexennacht, or Witch's Night the night before Beltane.

The aim of this article is to explain the beltane ritual. We that you understand it clearly. If you have any queries comment below.