Aries Vs Cancer Compatibility - The Key To A Successful Union 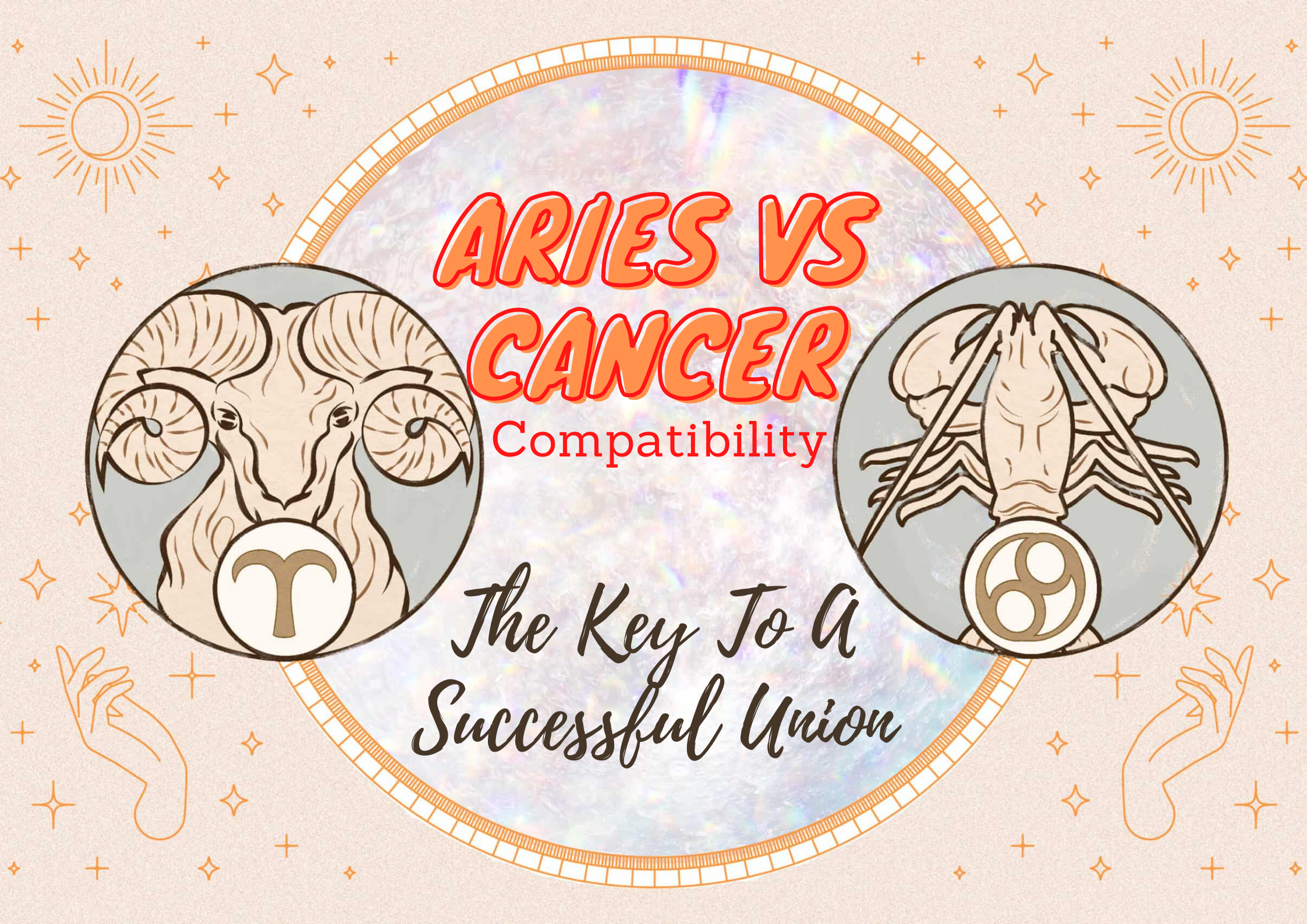 Aries VS. Cancer Compatibility - Ever wonder how Aries and Cancer get along?

When Aries and Cancer enter into a romantic relationship, it will be a case of opposites attracting.

Cancer is a Water sign ruled by the Moon, which means it is highly emotional and sensitive.

Aries, on the other hand, is a Fire sign ruled by Mars and is known for being loud, proud, passionate, and impulsive.

The combination of their two elements Water and Fire may work very well together but needs a lot of effort to make it through.

So, do Aries and Cancer go together? Here’s what you need to know about Aries vs. Cancer compatibility. 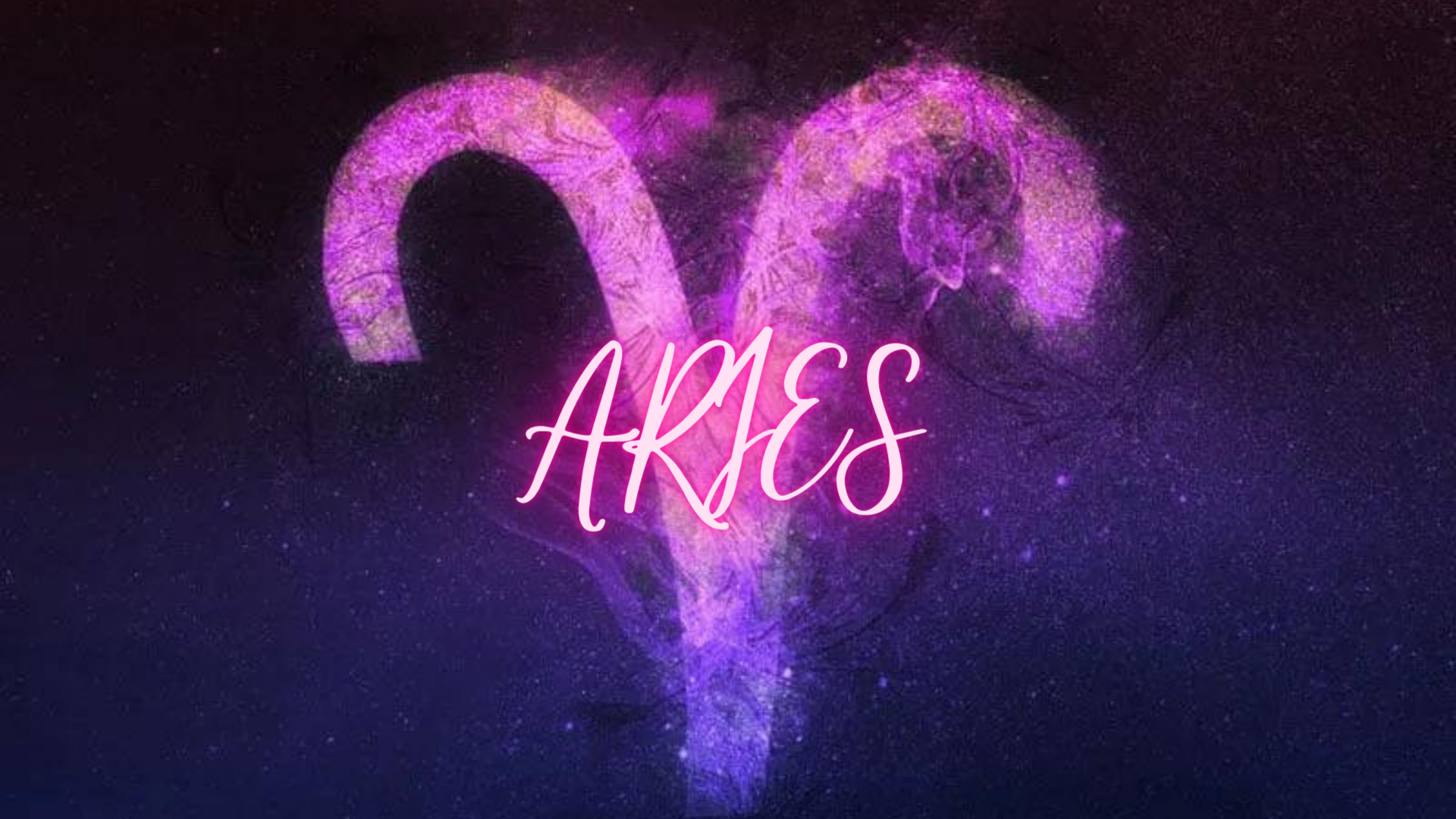 The irrepressible nature of Aries, as well as its reckless courage, attracts attention. The Ram thrives on competition and is most content when playing anything from chess to soccer. Aries doesn't even need a partner to compete with; the Ram can be found pushing its limits in solitary sports as well. Whatever Aries is doing, it seems to radiate boundless energy and drive. Despite its bravado, the mighty Ram harbors a seed of insecurity that it keeps hidden from the rest of the world.

The Ram's "devil may care" attitude can be a lot of fun, but if taken too far, Aries can become extremely domineering, leaving its companion exhausted. The Ram is straightforward and can be quite impolite. This isn't done maliciously, but the Ram is so busy with activities that Aries doesn't seem to have much time to think about feelings. The Ram, who is not particularly sensitive, has a difficult time seeing things from the perspective of others. Cancer's personality is heavily reliant on emotion. Cancer can easily comprehend the emotional state of others without being told because the Crab is so in tune with its own feelings. This is done intuitively, and the Crab frequently cannot explain how it knows what it knows logically. As a result, Cancer is frequently able to provide a person with exactly what they desire without being asked. Being able to read people so easily creates a strong temptation to be manipulative.

Logically, one would expect such an expert on emotion to be in command of its own, but logic has no sway over Cancer. The Crab's moods change all the time for no apparent reason. If Cancer's partner is affected by the Crab's emotional state, this can be very draining. Nonetheless, Cancer's loyalty and devotion frequently compensate for the effort required to keep the relationship stable. The Crab lavishes attention on its mate and desires that the two of them share their lives completely.

Aries VS Cancer Compatibility: When These Two Fall in Love

Cancers are nurturing and motherly by nature, whereas Aries are energetic and attention-seeking, much like a child. A Cancer will do a lot of caring for their lover, whereas an Aries will enjoy leading their lover around.

The compatibility between Aries and Cancer is emotionally volatile, but this is not always a bad thing. The two signs can help each other live each moment to the fullest. While their differences can make a relationship difficult at first, both signs share a competitive nature.

A love story between two people born in the signs Aries and Cancer, in addition, will be marked by a high level of availability and sensitivity on the part of the two signs, with particular tranquillity in living the relationship and its evolutions by Cancer, which may be tempted to live everyday life more actively because it is stimulated in its actions by the ram.

Cancers are easy to fall in love with for Aries. Aries and Cancer are compatible in most areas of life, including love, work, and family. When they try to be friends and a couple at the same time, they can have contradictions, but it's a minor issue once it's clear what they're capable of as a couple. The sensitivity of Cancer and the vivacity of Aries give life to a couple capable of great things in this bond. If Cancer aids Aries in remaining calm, the latter aids the partner in becoming more confident and expansive.

The potential for conflict between Aries and Cancer is high due to their completely opposite viewpoints. The Crab isn't particularly energetic, and the Rams' exuberance can be exhausting. Complex Cancer requires quiet time to unwind and sort through the consequences of its experiences. Aries, on the other hand, is a flurry of energy who rarely sits still for more than a minute. Time alone is something to be endured rather than enjoyed, and the Ram would much rather be cheering in a crowd than sitting alone in thought. Aries may find the Crab's desire for quiet retirement suffocating.

Differences in love styles can also cause problems for the couple. The Ram has a strong sense of integrity, but it lacks the deep loyalty that Cancer bestows on its partners. Aries can be so distracted by its own comings and goings that the Crab may feel ignored. Because the Ram lacks Cancer's empathetic nature, Aries is unlikely to notice until the injured Crab points it out. In this situation, the Ram is likely to believe Cancer is being clingy because there is nothing stopping the Crab from accompanying the Ram except its own preferences.

Aries And Cancer Relationship Tips: The Key To A Successful Union

With two powerful forces opposing both signs, there is a clear need to strike a balance. To keep their passionate pairing alive and thriving, they must develop stability, compromise, mutual respect, and keep the lines of communication open. Here is some dating advice for Aries and Cancer.

Do Aries Fall In Love Quickly?

Aries want love to be worth it." On the other end of the spectrum, Aries is known to be the zodiac sign that is quickest to fall in love, with O'Connor saying, "Aries flies out of the trap like a horse on race day." They're passionate and driven by their desires, and if they think they're in love with someone, they'll go after them.

Are Aries And Cancer A Toxic Relationship?

One of the main reasons Aries does not get along with Cancer is that the water sign is extremely sensitive. The straightforward nature of the fire sign, on the other hand, can unintentionally hurt the feelings of Cancer, who will then become moody.

Can Aries And Cancer Be Friends?

Cancer and Aries have different ways of showing or expressing their emotions, but they are both sensitive in some ways. They can make worth and good friends if they are cautious in how they communicate with each other.

Who Would Win Aries Or Cancer?

Aries and Cancer are both extremely passionate, but Aries has the upper hand here due to the energy that this fiery sign possesses. Cancerians would most likely become exhausted arguing with an Aries, resulting in Aries being declared the winner of the debate.

Aries and Cancer soulmates may not be a perfect match, but their relationships can be extremely successful if they take the time to learn from and listen to each other. As natural opposites in terms of yin and yang signs and their fire-water elements, things may not appear to be going well at first glance. True, the relationship will not be easy, but it can be a great opportunity for growth and love if the effort is put in.