Angel Number 17 - Be Thankful For All That The Universe Provides 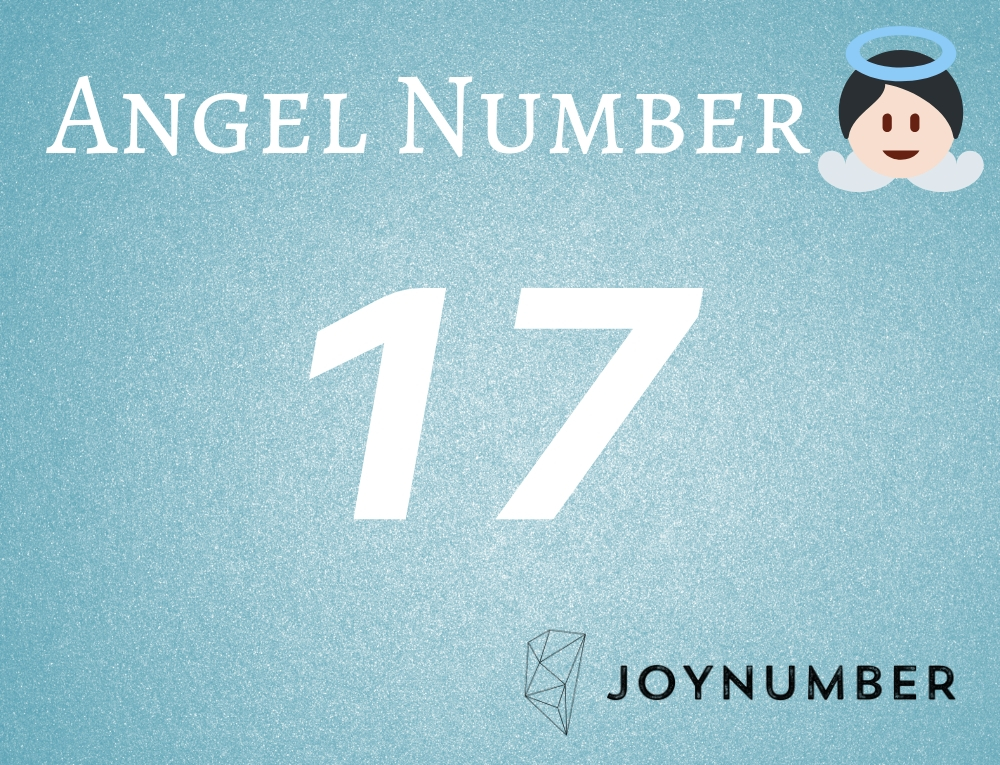 Many of the things that occur in our lives have a meaning, either hidden or obvious. Numbers like angel number 17 are an example of this, with most of the numbers or combination of numbers having a meaning that relates to our lives directly.

Angel number 17 has a close connection to us since it represents self-discipline, insight, responsibility, spiritual consciousness and wisdom. It also signifies a huge degree of spirituality, material interest, and success. Do you happen to see the angel number 17 often and wonder what it is all about?

The number 17 is a message to you from your guardian angel, a message of good fortune. For us to achieve our goals, we often take to different paths. When the angel number 17 manifests itself often, it’s our angel telling us to keep going, that we are on the right path. It can, therefore, be referred to as our optimistic drive whenever it appears regularly.

Angels guide us through our journeys in life, and when they show us a sign, it means they are ready to fight the tides with us. It’s a promise they are making to us that we are not walking alone. Imagine having an angel help you through a difficult time in life? You can never go wrong.

Looking closely at the number 17, it’s a combination of the numbers 1 and 7. The number 1 stands for the materialistic aspects of our lives, while 7 comes with a representation of optimism, wisdom, and enlightenment. Bringing the strengths of the two numbers together creates a special kind of energy which can only lead to forwarding movement and much-anticipated success.

Angel number 17 has a deep sense of spirituality, which comes from the aspect of number 7. From this, we are able to grow holistically, with our material and spiritual needs assured by our angel. The number 17 is surely one of the many ways angels manifest themselves, and they have been doing the same over the years.

There are various angles we can use to discuss angel number 17 successfully. Let us look into some of these pointers and get a clear picture of what really this number is all about.

Doreen Virtue describes various signs angels use to communicate to us, such as Clouds and numbers. Angels have their ways of sending messages to us, but we often disregard them. There is a need for us to pay more attention to these signs.

Numbers can either come in their single form, or in combinations. A combination of 1’s and 7’s in which the number 17 falls is described as an indication of positive personal progress. The number 17 signifies a push for us to continue with our actions and an encouragement that very soon we will achieve our objectives. This drive should be accompanied by a positive mentality.

Going deeper into the meaning of number 17, there exists an angel number 17 twin flames meaning. The number 1 for a start indicates that you are in a stage of life where your plans and aspirations are quickly coming real. One’s thoughts should, therefore, be chosen carefully, since they have a high possibility of manifesting.

As from twin flames, the number 7 indicates a high possibility of good things happening, which can be likened to miracles. Go out there are and put the guidance you receive into action since you are already on the right path.

According to the twin flames, these signs should occur to us naturally. This means the number will only work as predicted if it occurs randomly, without being sought after.

We all know love is a necessity for a good life, right? Then you should smile more when you see the angel number 17. The angel number 17 and love go hand in hand, and there is a high likelihood that people to whom it occurs value love and relationships.

The number resonates to people in different relationship stages, and it encourages positive progress. For people not in love, it signifies the possibility of finding true love soon, while depicting the possibility of advancement in love for those already in love. These advancements can include marriage or childbirth, both of which strengthen the bond.

Relationships are often met by storms along the way, which is normal. When angels show you this number, they are telling you that it will be ok and assuring you of their help along the way.

The number urges joy into the hearts of people in love, which is the main ingredient to a lengthy love affair.

17 Meaning In The Bible

In the first letter of Paul to the Corinthians, on the 17th mention of the word Love, it is in a line which shows Love as the greatest gift of all.

In the book of revelation, it is stated that the 10th day of the seventh Hebrew month is called the Day of Atonement. This is the day that Satan will be bound, indicating complete victory. Adding 10 and 7 gives 17.

The number also appears in the Bible, where Rehoboam, Solomon’s son, ruled for 17 years.

In the book of Psalms, 17 enemies of Israel are named, with seven already destroyed and the others yet to face justice.

In the Bible, the number 17 is seen as a sign of complete victory, and one of overcoming the enemy. The climax of this is on the day of Atonement when Satan’s defeat is viewed as the greatest victory in Christianity.

If you keep seeing the number 17, don’t panic, it is a good sign. It is a sign that your angels are communicating. They are telling you that your prayers and hard work are finally starting to bear fruit, so you should keep on.

It is a sign to keep you moving, to encourage you since you have the backing of the angels. In the case you feel inadequate, the angels are there to help you, but only if you ask them.

When you see angel number 17 occurring in your experience, again and again, it is a sign from your angels that you have the ability to manifest your desires by aligning yourself with your inner wisdom.

When you see angel number 17 it is also a sign that you need to show gratitude for all that you have.

Gratitude is one of the most powerful emotions that a person can express.